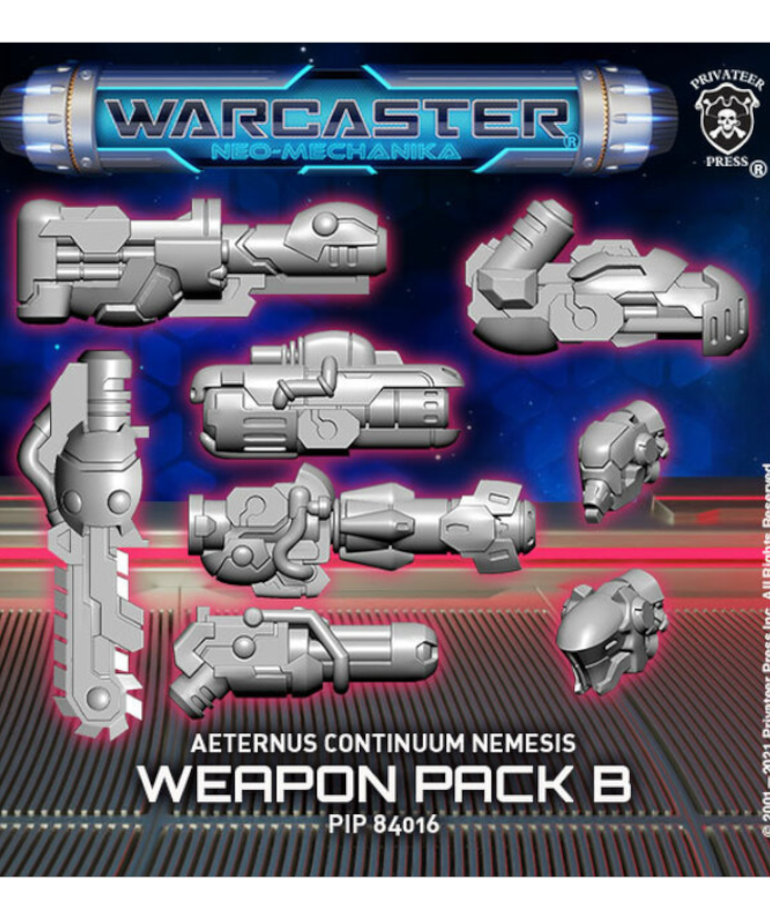 It is not merely the fact that the Nemesis is among the most advanced and formidable warjacks ever developed by human hands, nor that it was designed and constructed by what the ISA and Marcher Worlds consider an outlaw cult that make its development so unlikely. It is instead that the true focus of the Continuum’s ongoing research is into matters of the arcane, immortality, and unnaturally lengthened human lifespans rather than robotics and artificial intelligence. Many of the Nemesis’ most potent weapons were actually inherited from the Scourge, such as the target tracking Stinger Cannons, the deep-freezing Entrophier, and Cypher-disrupting Hex Cannon. But there have been new developments as well that make use of the Nemesis’ heavier chassis and more efficient systems, including the brutal Fusion Saw, rapid-fire Hellstormer, and powerful Obliterator cannon. Other recent innovations include the stealthy Ghost cortex and the Oracle cortex, with its advanced targeting system.

- Increase your warjack load out customization options with this weapon pack, featuring one copy of each weapon included in the full Nemesis B kit. 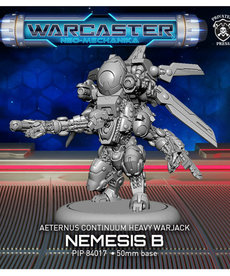