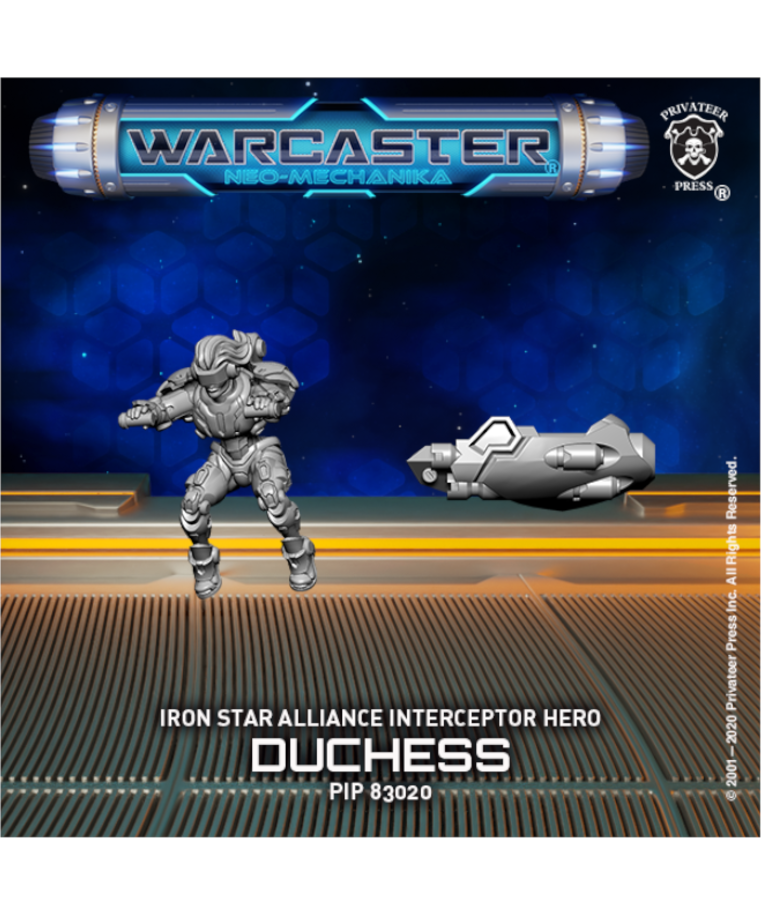 0 reviews
Add your review
- Duchess is a Hero pilot that can be added to an Interceptor vehicle to turn it into a Hero vehicle.
7 In Stock
Add to wishlist / Add to compare / Print

Duchess is the call sign of Paladin Captain Morgan Hellain, the most highly decorated Interceptor ace in the whole of the Iron Star Alliance. A living legend, Duchess is said to be untouchable in the sky. She has survived scores of dogfights and has 387 confirmed aerial kills to her name. Her reputation is born from her recklessness, her single-minded determination, and her deadly skill in battle. It is said that to have the Duchess on your tail is to have the very shadow of death fall upon you. Duchess is the scion of a respected aristocratic family, and though born without title, she has been rewarded with a knighthood for her service to the ISA. A true hero of the Alliance, Duchess has been granted access to a number of top-secret and experimental weapons, including the Null Torpedoes, which have become her signature calling card in battle.

Duchess is a Hero pilot that can be added to an Interceptor vehicle to turn it into a Hero vehicle. Duchess also comes with an additional weapon offering, giving her four weapons to choose from instead of the Interceptor's three.

Duchess has DEF 5, making her very difficult to hit in combat. When missed by an attack while charged, this model can move up to 3". Can spike to use two Maneuvers in the same activation.

A copy of the Interceptor Vehicle is necessary to use this product. 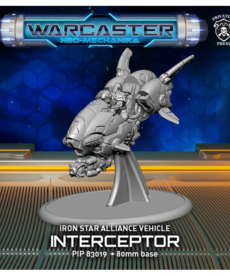