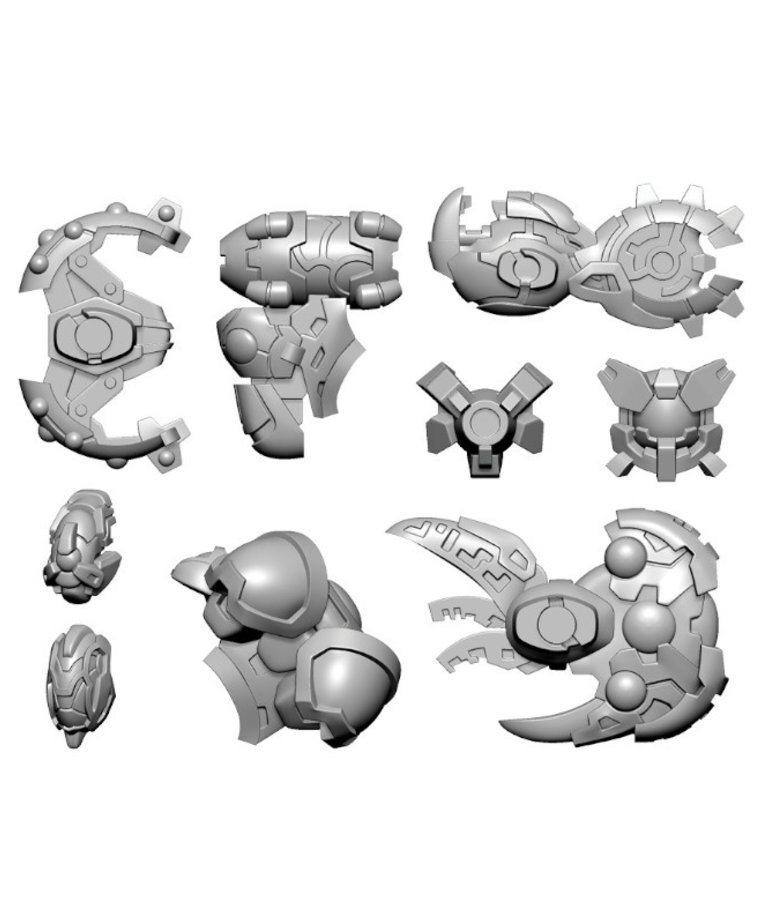 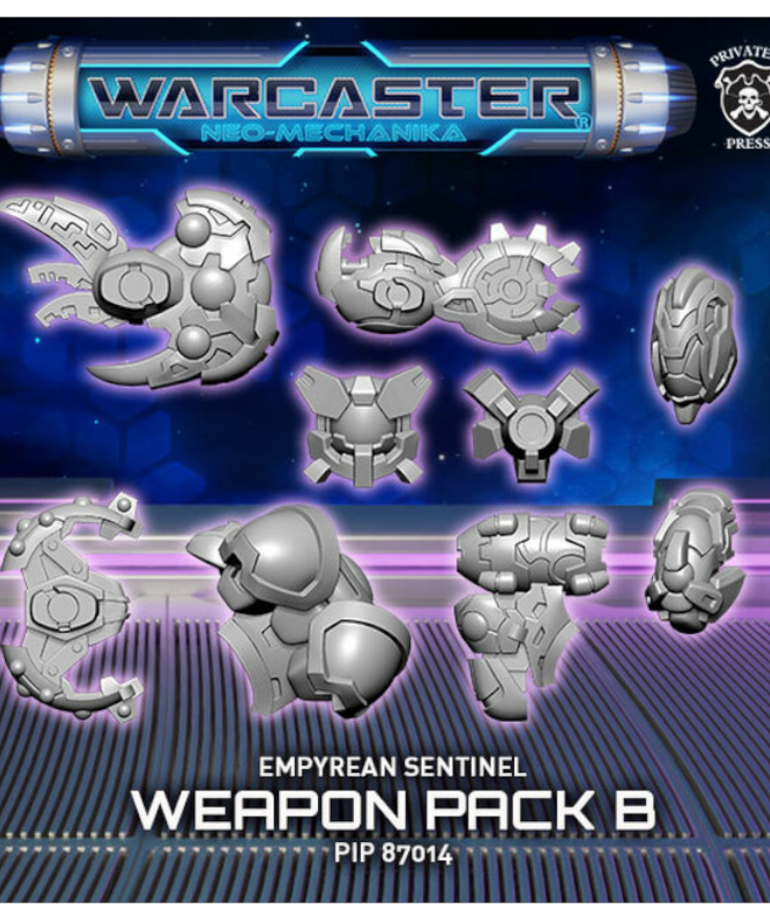 Despite the obvious complexities of their internal systems, Empyrean warjacks outwardly utilize simple weapon configurations. Typically, weapons are mounted on the warjack’s forearms and set into its back. Heavier warjacks like the Sentinel have an additional hardpoint set into their chests, where many of their most powerful weapon systems draw power directly from the heart of the machine. The Sentinel’s weapon options include the stunning Arcantrik Destabilizer and the disrupting Antiminator. These machines can also be equipped with wide-band scanning Metaperceptors. Back-mounted weapons include the force-projecting Meteor Cannon and the defensive Force Shield Projector. Its chest weapons include the multi-field Cyclotronic Razor and power draining Eclipse Inducer. Cortex options include the smart-locking Divinator cortex and the Arc-drawing Numen cortex.