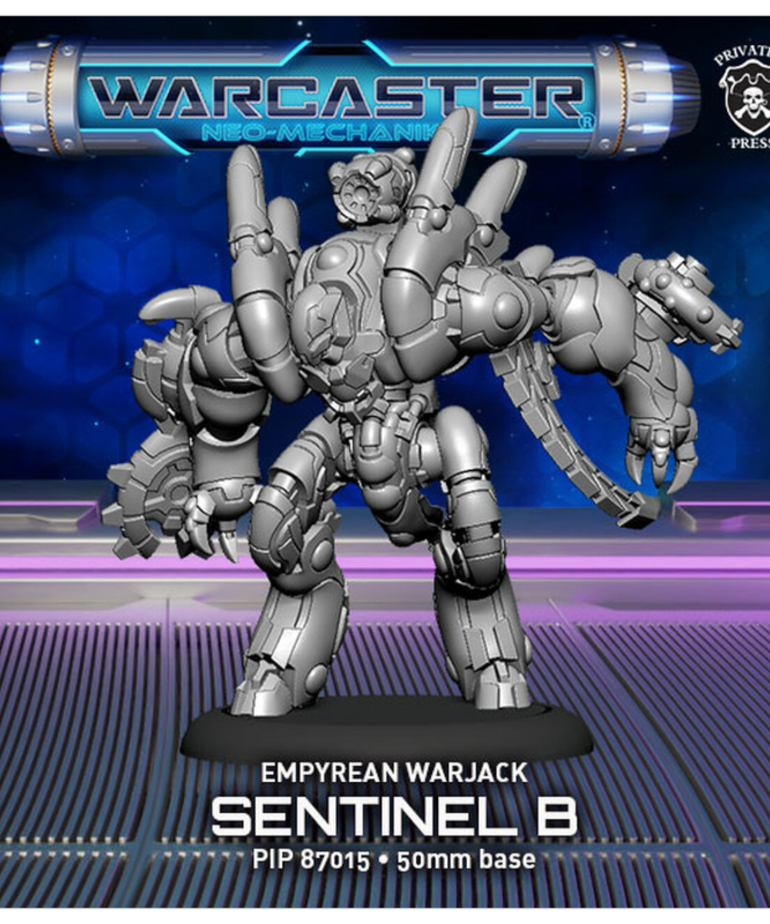 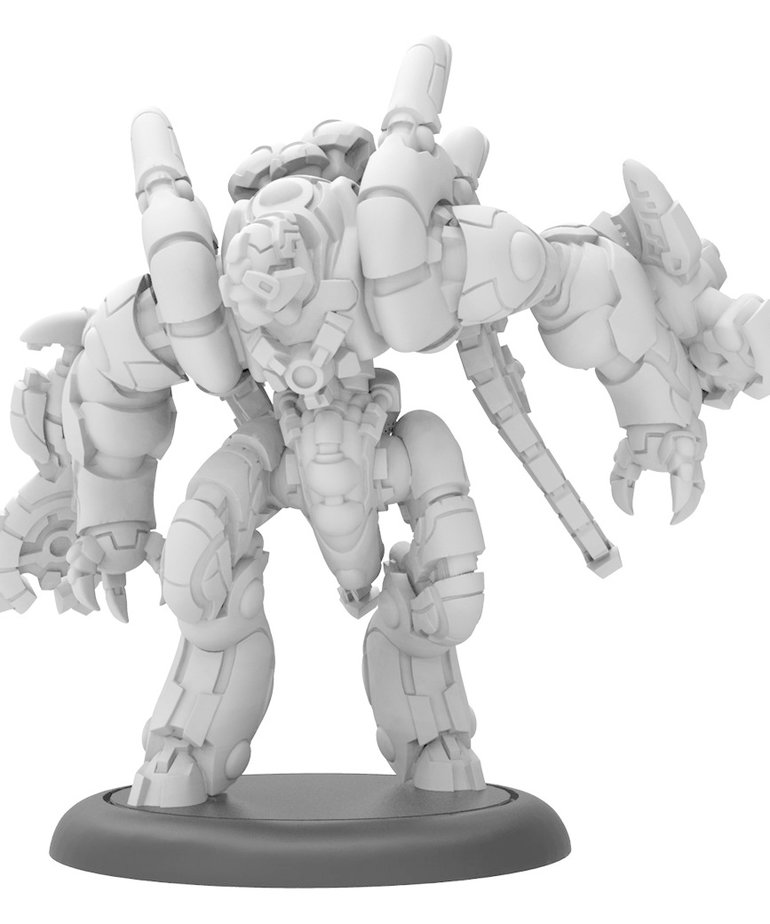 The Sentinel is the Empyrean’s heavy support warjack. Aggressive, powerful, and nigh invulnerable while charged with Arc, the warjack is armed with some of the most advanced mechanika weapons ever developed. While they share a configuration with the lighter Daemon warjacks, the Sentinels have an additional hard point set in their chests, where their most disruptive weapons tend to be housed. The Sentinel is a terrifying monstrosity, able to withstand concentrated enemy fire that would devastate a lesser machine.