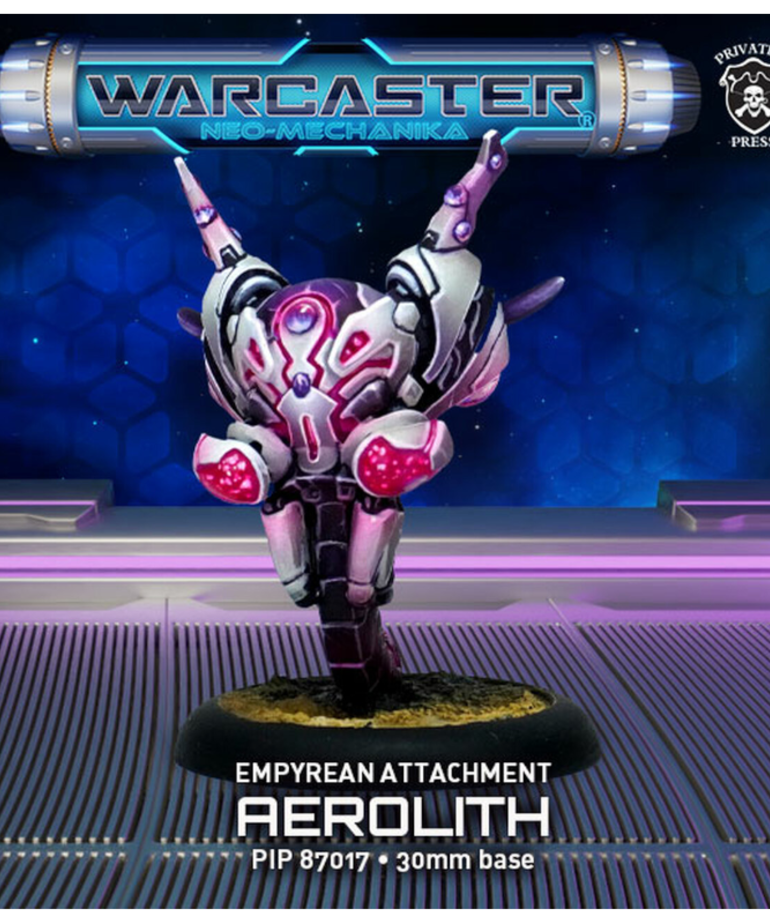 The Aeroliths are complex mechanika drones deployed alongside the Empyreans’ Saber squads. The robotic servitor not only possesses a suite of sensory apparatuses that can pinpoint even the best hidden enemy forces but also has a destructive pulse array, capable of unleashing powerful force explosions to devastate those same enemies where they are discovered. The Aeroliths take the single-minded devotional programming of the Saber forces to a whole new level, willing to move directly into harm’s way to protect assets deemed necessary by their Aeon masters.