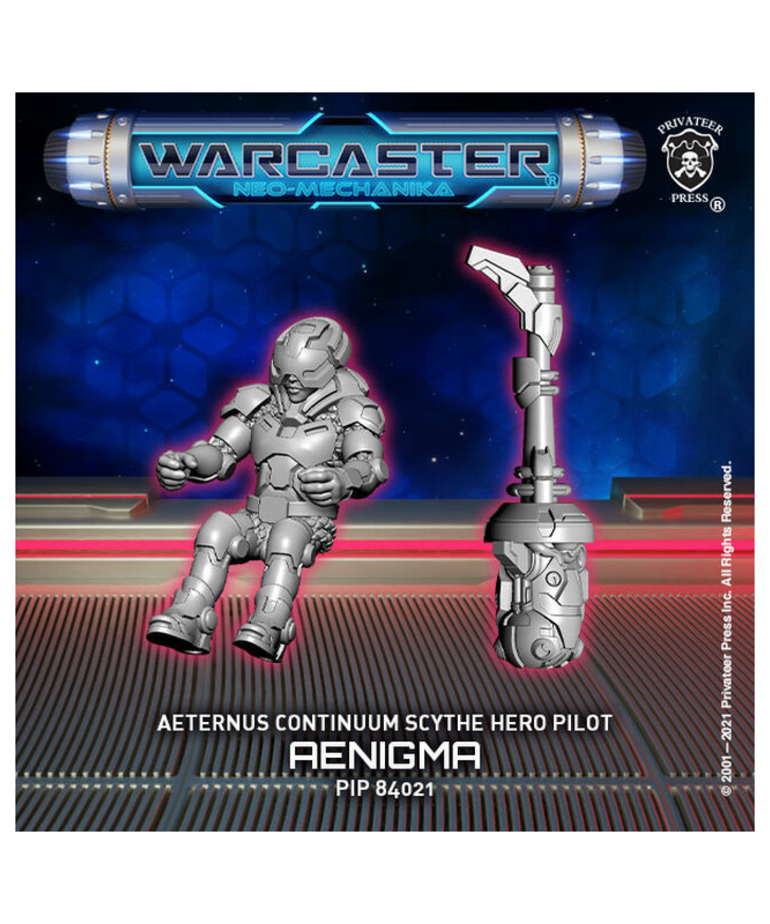 Aenigma is a notorious arcanist, weaver, and Scythe pilot known to prey on the edge of Aeternus Continuum territory. A deadly pirate wanted throughout Marcher and Alliance space, Aenigma retains close ties to the Aeternus Continuum temple. ISA intelligence believes his attacks are far less random than they appear, and they suspect he is systematically probing their defenses and response capabilities for his true masters in preparation for even greater attacks to come. His customized Scythe is often fitted with the Hellfire Cannon, a formidable weapon set with an arcantrik amplifier to extend his arcane capabilities even while in the air.

Aenigma is a Hero pilot that can be added to a Scythe vehicle to turn it into a Hero vehicle. Aenigma also comes with an additional weapon offering, giving him four weapons to choose from instead of the Scythe’s three, and they can channel Furies like a Weaver.