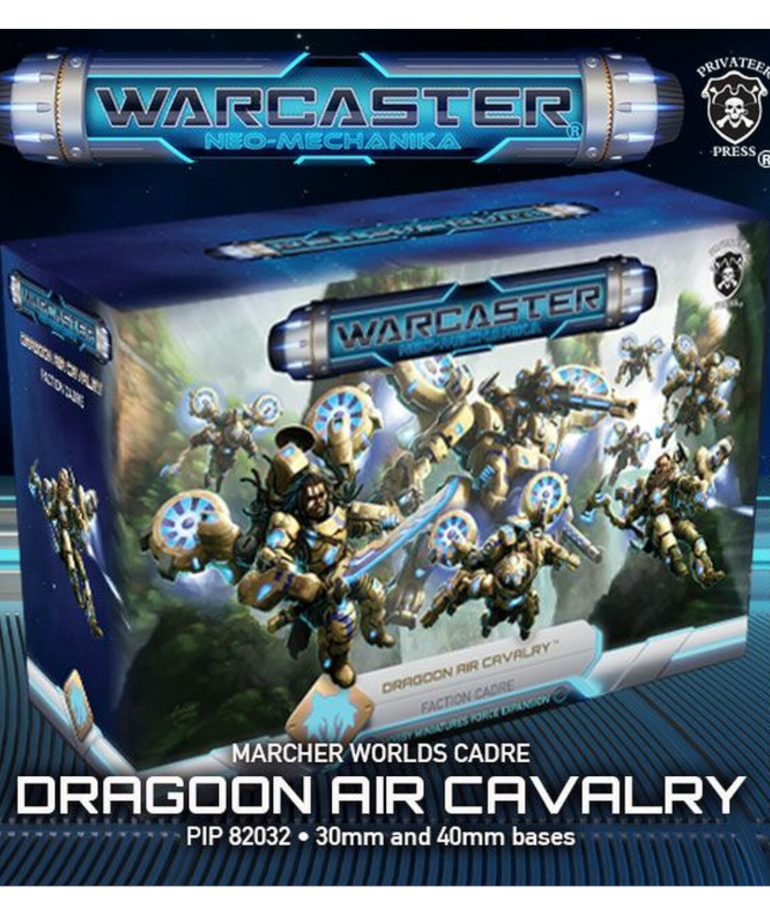 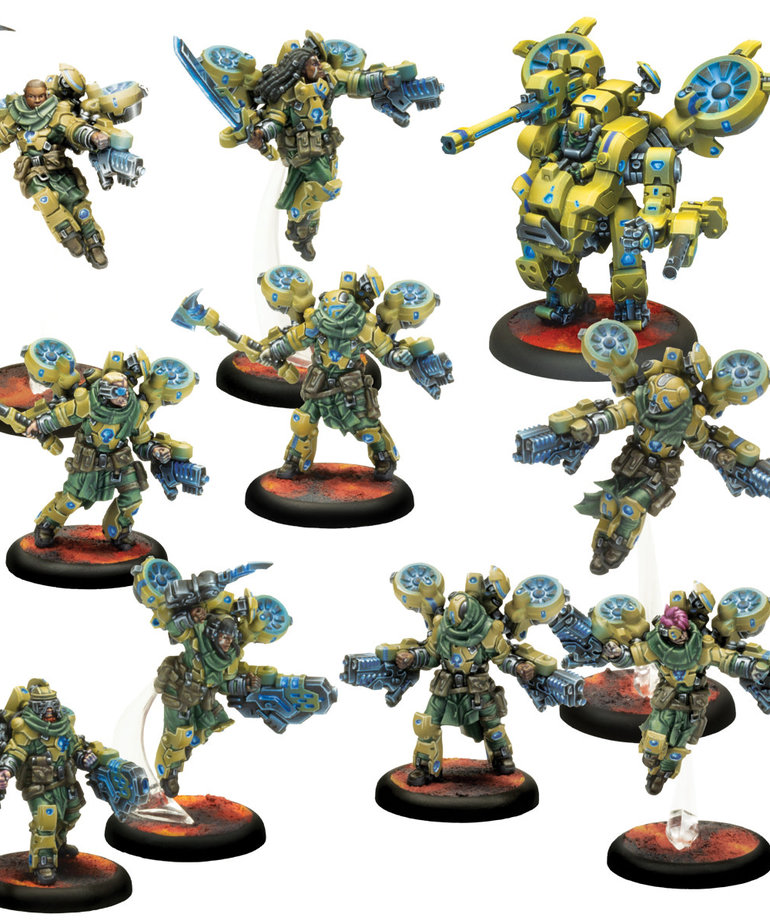 0 reviews
Add your review
Dragoon Air Cavalry is a part of the Marcher Worlds faction for the miniatures game Warcaster: Neo Mechanika by Privateer Press with the item number PIP82032.
3 In Stock
Add to wishlist / Add to compare / Print

The Dragoon Air Cavalry is the Coalition of Free States' highly mobile strike force. At the heart of the Cadre are its two Dragoon squads, one specializing in unleashing firepower at range and the other specialists in combined arms. The squads are supported in turn by a shared Dragoon Gunner attachment armed with a physics destabilizing Particle Blaster, a Dragoon Strike Team Leader solo with a suite of command abilities, and the Storm Vulture, a flying vehicle Champion packing a powerful punch! This Cadre is especially noteworthy for its exceptional maneuverability. Disrupt your opponent's offensive capabilities by dominating the rooftops until you are ready to strike at the time and place of your choosing.