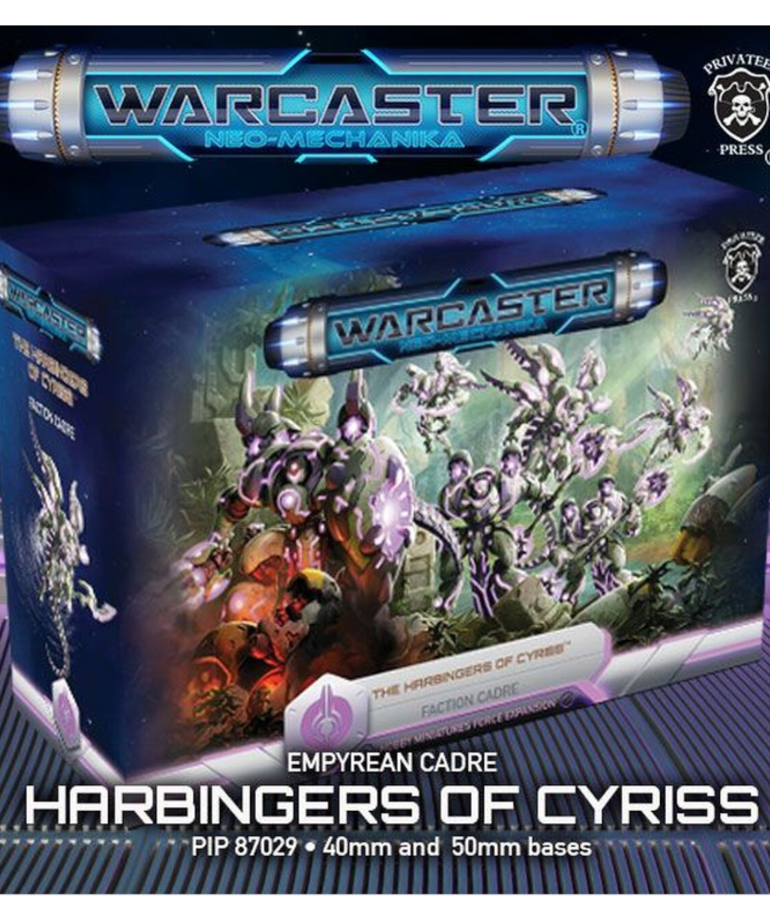 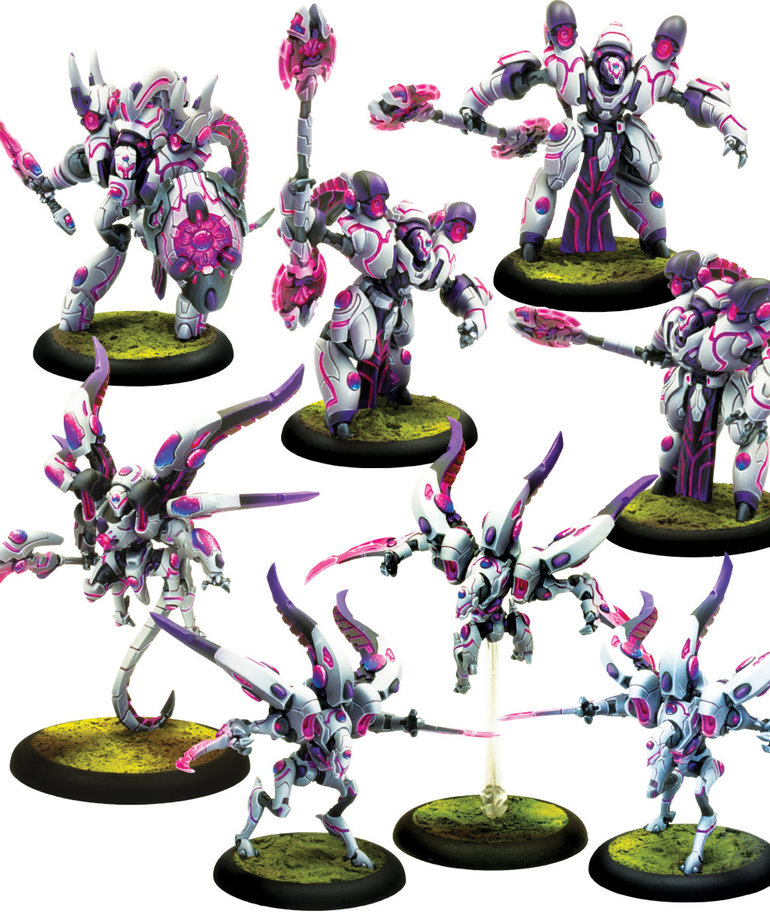 The Harbingers of Cyriss are a battle force of Aeons. The heart of the Cadre is its two squads, the Exalted Paragons and the winged Antecessors Eternal. The Paragon Commander solo who leads the Exalted Paragons in battle also serves the Empyreans as a Fury-channeling weaver. Unlike the Saber servitors, who serve the Empyreans as expendable soldiers, the Aeons are ancient spirits too valuable to risk losing in battle. To save their spirits from this ignominious fate, an Eternal Metator Champion attachment leads the Antecessors Eternal into battle. The Metator collects the souls of those who fall in battle, generating vast amounts of arcane energy in the process.