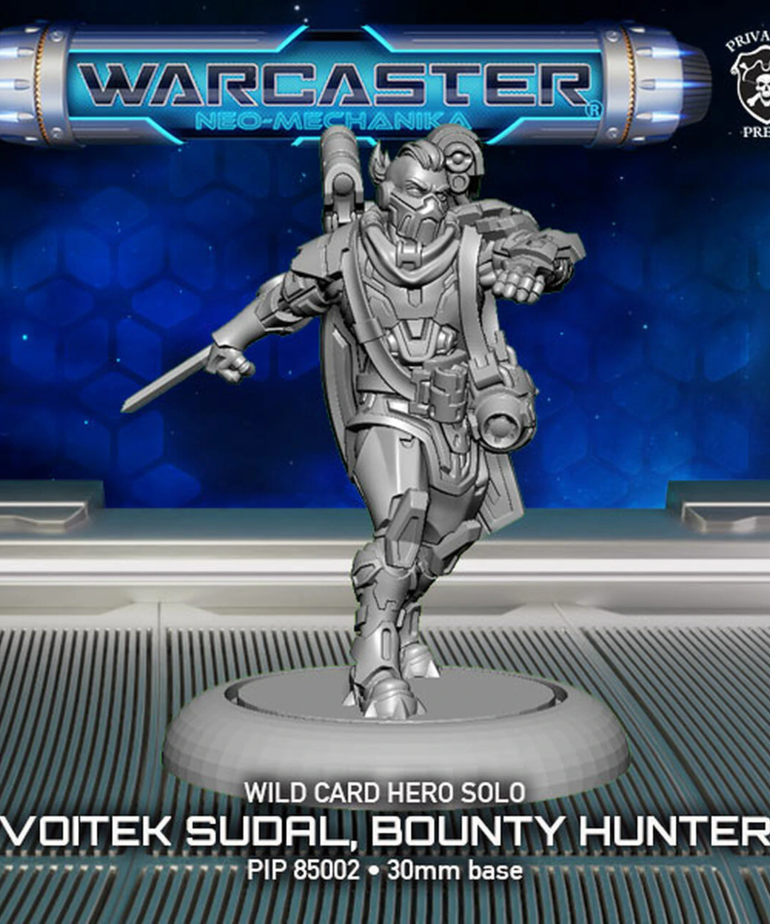 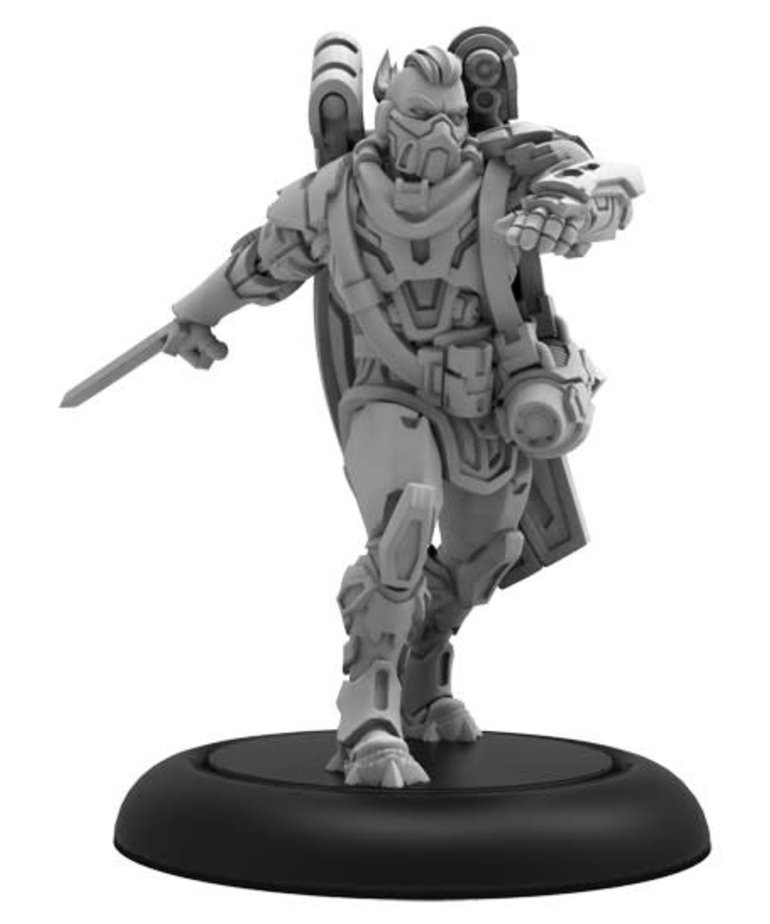 A highly decorated veteran of the Iron Star Alliance’s Paladin forces who left the service under a cloud of secrecy, Voitek Sudal has dedicated his life to tracking down the most dangerous criminals in the Hyperuranion. With a reputation for ruthless professionalism, Sudal operates throughout both Alliance and Marcher Worlds territories. He is a man of few words, preferring to let his arsenal speak for him. In addition to his hard-earned survival skills, Sudal relies on a shoulder-mounted force constrictor to bring down his prey. Null detonators and a gate jammer assist in isolating targets long enough to get them tagged, bagged, and off world.

Voitek Sudal will work for both Alliance and Marcher Worlds forces. In addition to the weaponry referenced above, he also has Pathfinder and Stealth. After hitting a target with the Force Constrictor, Sudal can spike to give the target an activation token. Sudal’s Gate Jammer increases the cost of deploying enemy units from nearby Void Gates by 1.