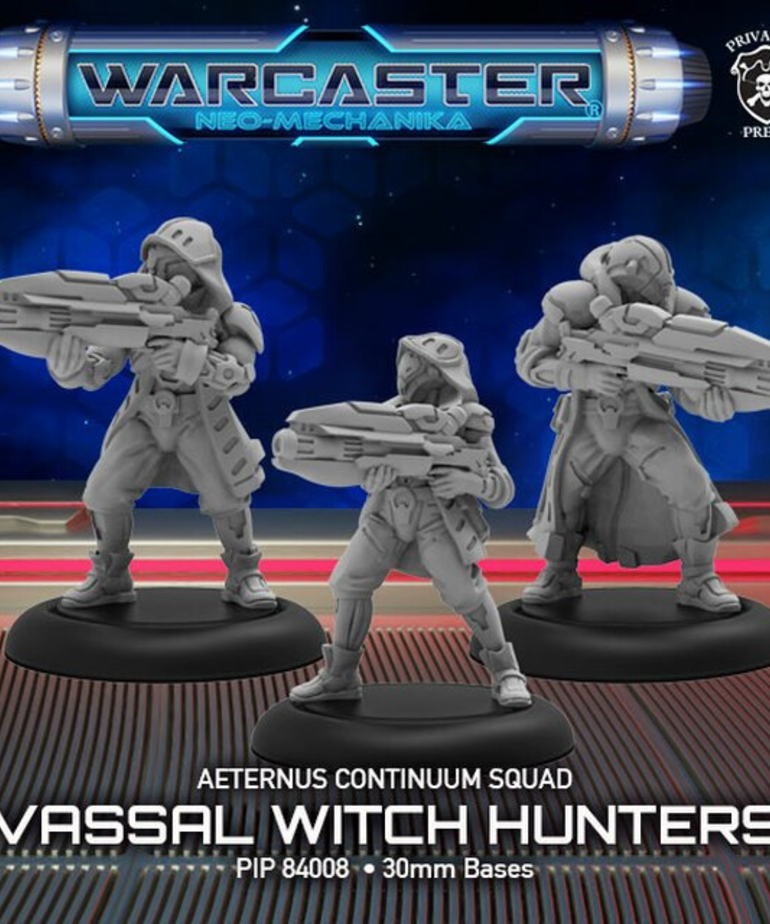 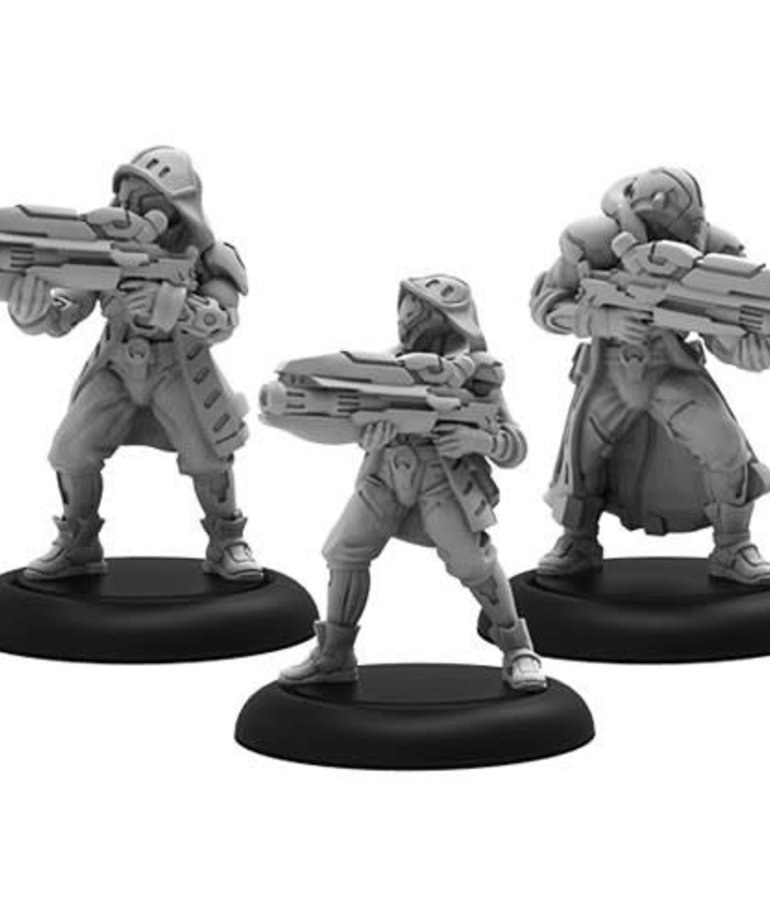 The heavily armed Vassal Witch Hunters provide fire support to Aeternus Continuum forces in battle. Though they are slow to move under the weight of their hex cannons, the Witch Hunters phase sequencers enable them to maneuver into the best position possible to unleash their deadly energy weapons. The hex cannons not only blast apart anything they are trained on, but they also rob their targets of those their Arcane protections.

Three-model squad. Any Cypher cards on a unit hit by a Hex Cannon immediately expire. Their Mimetic Cloaks give them Stealth while charged. The Vassals’ Phase Sequencer mechanika enables them to spike to move through walls, buildings, and other models.