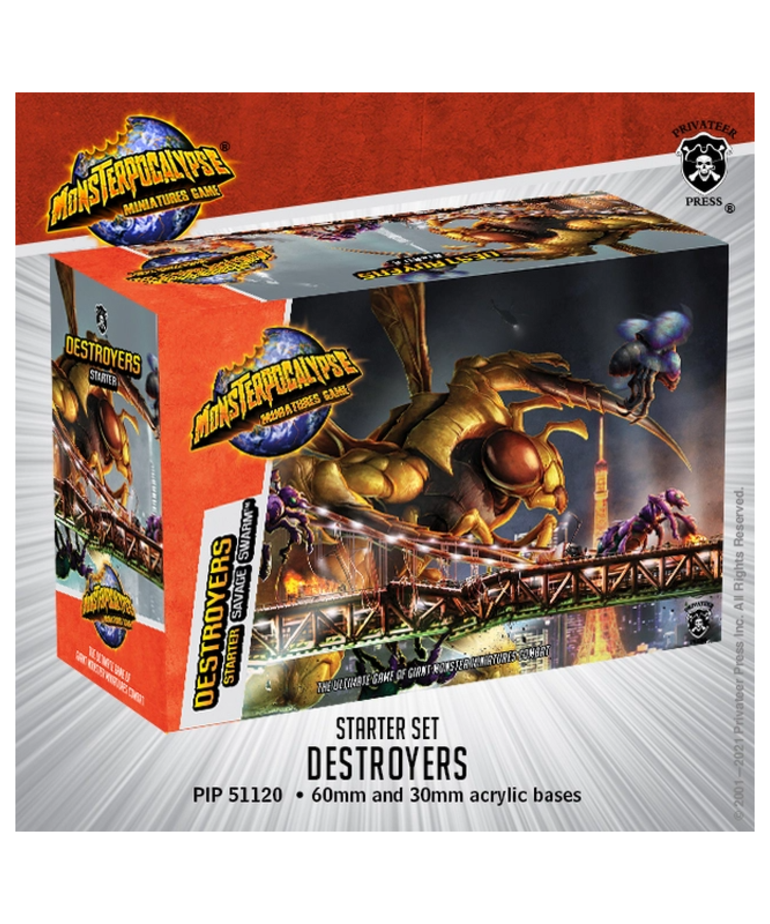 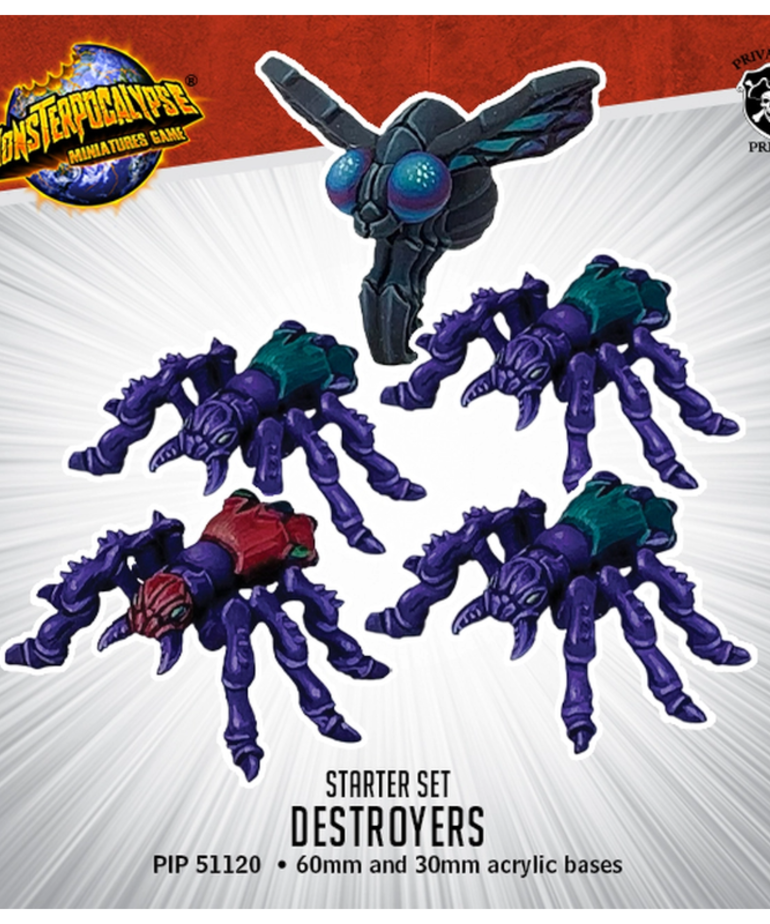 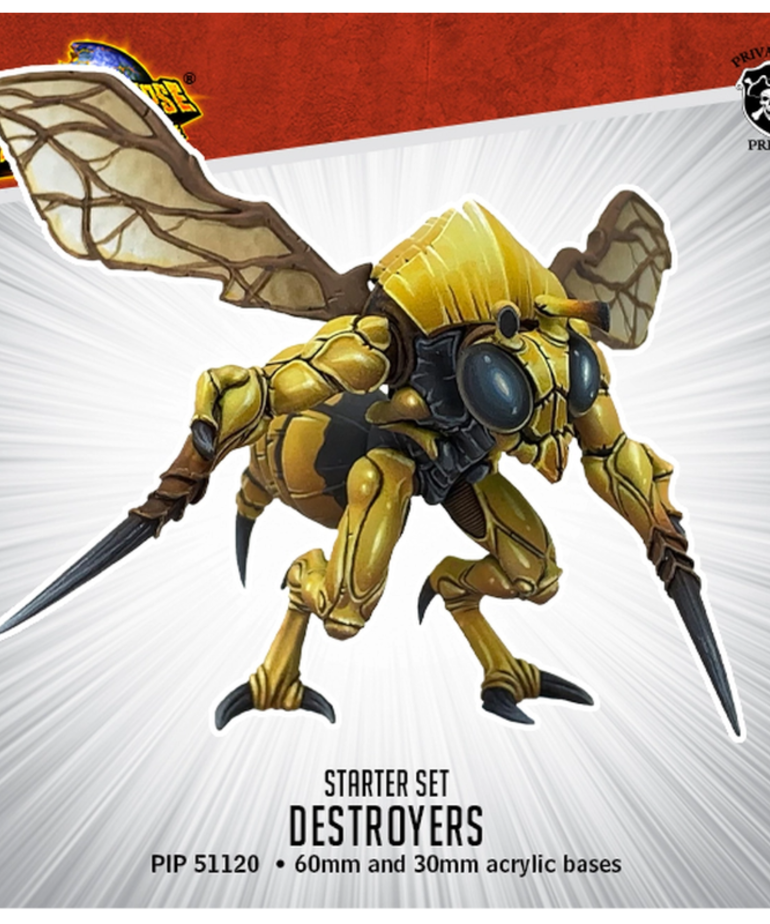 The Savage Swarm continues to scour the planet for resources to bolster their numbers. Drawn to the light of civilization, they have become the monsters that haunts the dreams of mankind. As their numbers continue to climb, new threats have emerged. Dynastavus acts as a queen of sorts; however, unlike her bee kin, she does not remain safely in the hive. Instead, she leads the swarm with the ferocity of a wasp. Nothing will be spared from the mounting threat of the Savage Swarm.

This starter box contains everything a player needs to start playing Monsterpocalpyse fresh. Existing players will find a new updated rulebook along with two brand-new battle maps. The maps, River City Rampage and Downtown Beatdown, bring two new concepts to Monsterpocalpyse maps: River City Rampage has a river running down the middle of the map, creating chokepoints and making movement from one side to the other difficult for units, and Downtown Beatdown is the first map with 24 building
foundations, meaning a player can play with all 12 buildings they can bring with them to each game!

Dynastavus is almost entirely an offensive monster that can be added to any Destroyer force. The mutation that created her combined the most powerful aspects of wasps and bees. She is able to both empower the Dominant Species of the Savage Swarm while being Hard to Kill herself, much like normal wasps. In Hyper form, she can unleash a barrage of Masterful attacks on her enemy; however, her considerable output is offset by the fact that she is only being able to maintain her Hyper state for a short time.