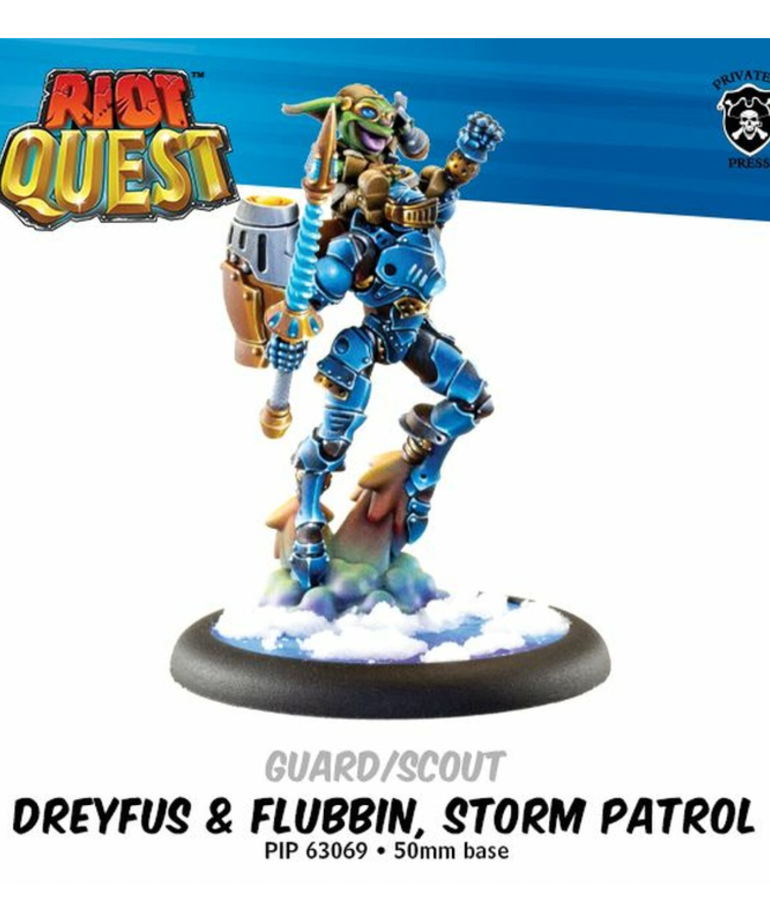 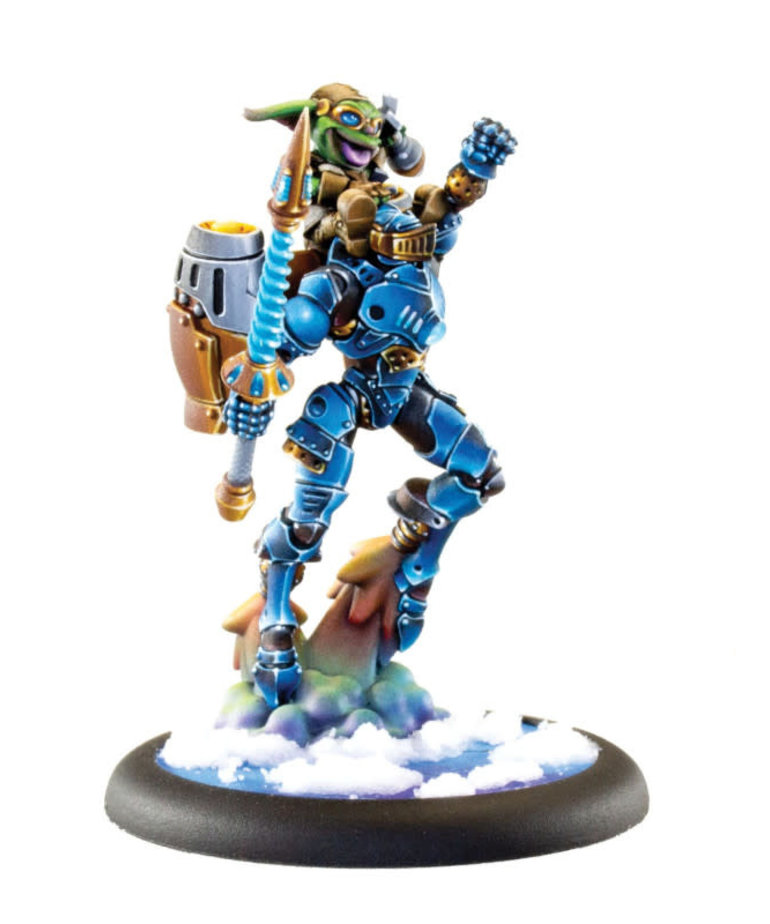 The normally dour Sir Dreyfus has found new joy in life, thanks to a most unusual partner. While raiding the shattered remnants of an old bank vault, Dreyfus first encountered the lovable gobber Flubbin. They were, at the time, on opposing crews, both seeking the same loot. During the battle, Dreyfus fostered respect for the small gobber's combat prowess, while Flubbin became infatuated with the "Funning talking shiny guy in the flying suit of armor that is gonna be SO MUCH BETTER THAN MY BALLOON!" After the heist, the pair left to start their own crew.

Flubbin has made several modifications to Dreyfus' Storm Knight armor, installing a "boomin" propulsion system for maximum airborne velocity, as well as a tiny saddle to ride on. In return, she has agreed to help Dreyfus build a crew to patrol the wastes from the Skies, intent on keeping the innocent folk of the world safe ... if any are left.