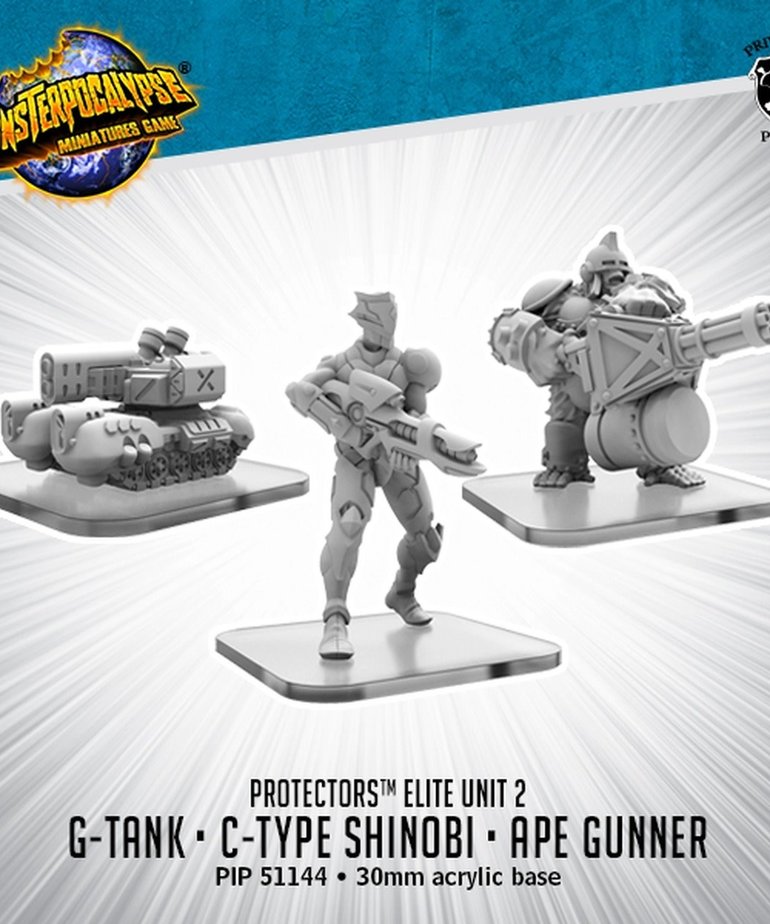 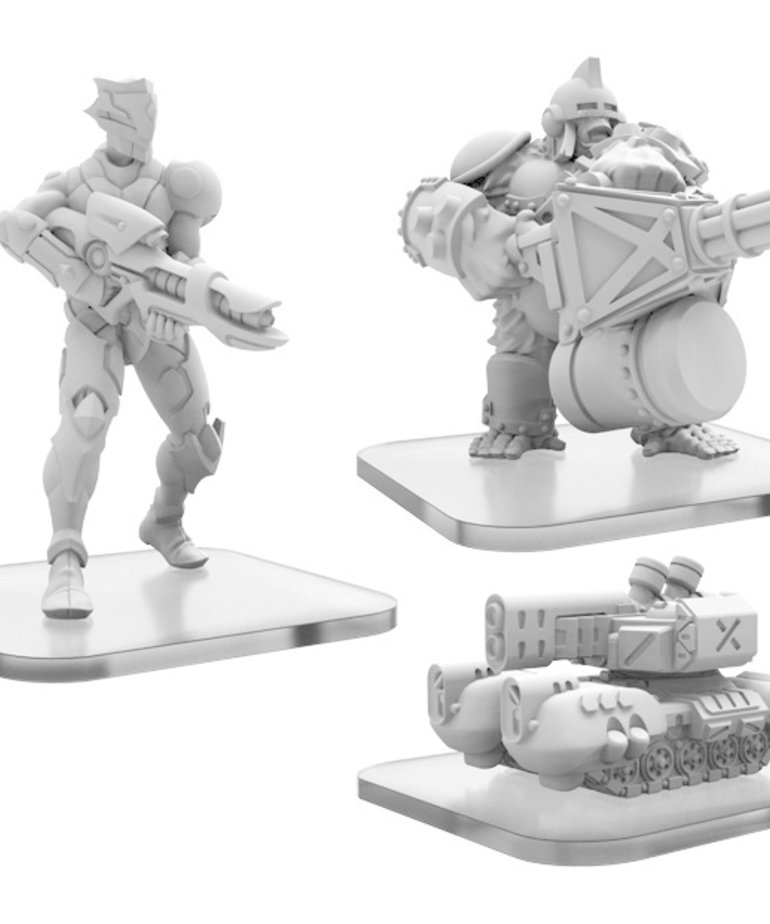 The Earth's protectors have been quick to evolve to accommodate an ever-more perilous battlefield.

G.U.A.R.D. engineers are going heavy metal. Along with their work on Legionnaire, they have developed new prototype G-tanks. These prototypes combine all the heavy armor their forces rely on but with more stopping power.

The Shadow Sun Syndicate trains all its warriors to be expert shinobi; however, occasionally a prodigy of martial arts rises from the ranks. Since only a select few can become a Zor, these prodigies get preferential treatment with their gear.

Gakura has hand-selected some of the best scavengers in the Empire of the Apes. They are able to find all the best bits and pieces from a devastated battlefield, and once the scavengers return to their base, they can turn that junk into treasure.

This set of models offer an alternate take on some of the most elite units in Monsterpocalypse. Instead of designating the elites of a player's force with just a star on their base they can use an entirely separate sculpt. Each set is meant to offer enough variation that it will appeal to any Monsterpocalypse player that collects the models of the Protectors agenda.