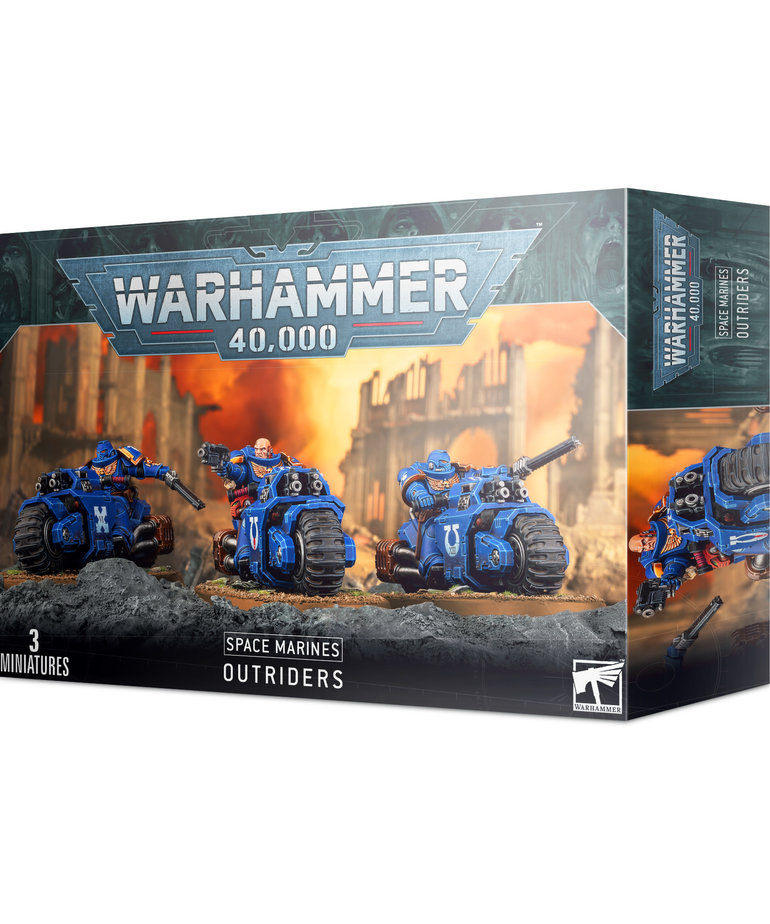 Outrider Squads rove in advance of the main Space Marine lines, guarding flanks of larger formations or hunting down enemy infiltrators. When battle is joined, they conduct lightning-fast hit-and-run attacks on defended positions, and run down those who would try to escape the vengeance of their Chapter.

Look no further than the aptly named Outriders to roar ahead of your main army and take the fight to the enemy vanguard from the outset, or to sweep around your opponent’s flanks and encircle their forces.