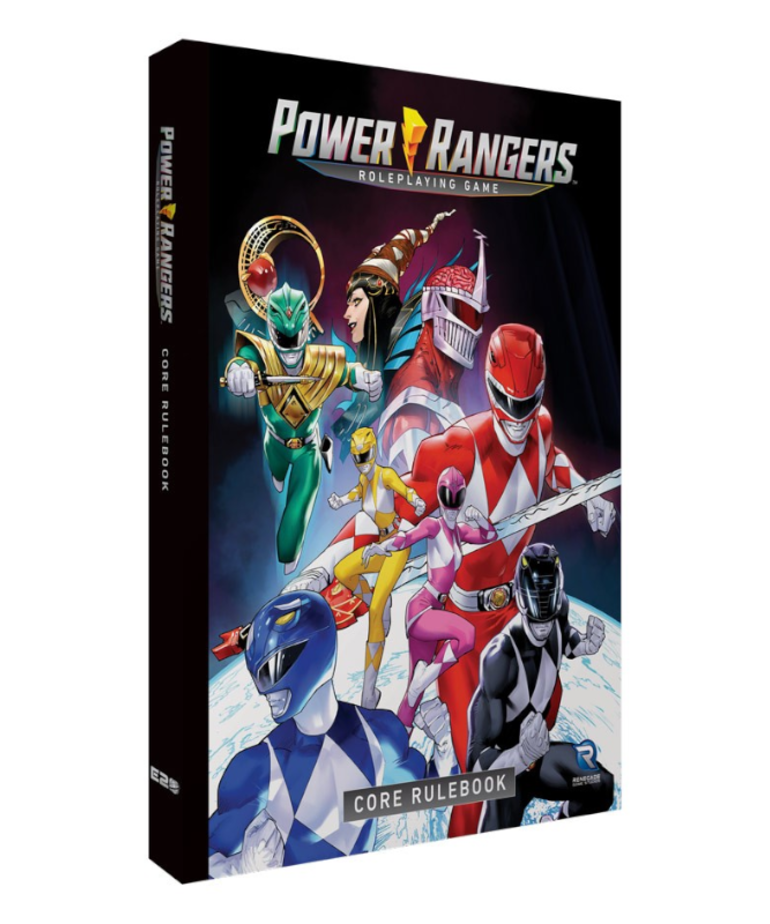 Become a Power Ranger and protect Angel Grove and the Earth against the evil forces of Rita Repulsa, Lord Zedd, Master Vile, and more in the epic world of Power Rangers! Whether you interrupt Rita’s monster attacks in her attempt of world domination or defeat the forces of the Machine Empire from invading Earth, there is no limit to the heroic stories you will tell.In the Power Rangers Roleplaying Game, create your ultimate Power Ranger persona by combining personal traits, childhood influences, and your chosen Ranger color to make a hero worthy of the Power!This book contains everything you need to create your own Power Rangers character and play the game - just add dice, some friends, and your imagination

Contents:
- Complete rules for players and Game Masters focused on fun storytelling and epic combat
- Character creation tools, weapons, equipment, Zords, and more from the Zordon era
- Combat and exploration information, detailed locations in Angel Grove, and tools to get your campaign started
- An introductory adventure for 1st-level characters that is ready to play with your new character