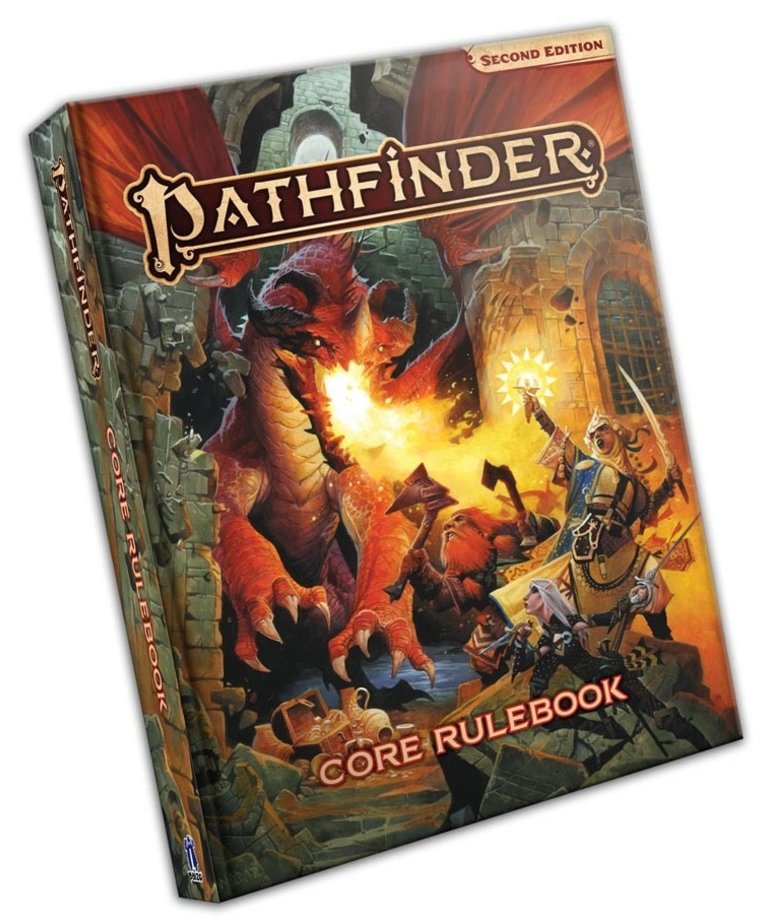 This comprehensive 640-page guide to the Pathfinder roleplaying game provides everything you need to set out on a world of limitless fantasy adventure! Choose from ancestries like elf, human, and goblin and classes like alchemist, fighter, and sorcerer to create a hero of your own design destined to become a legend! Based on more than 20 years of active development and playtest feedback from more than 125,000 gamers, the new Pathfinder rules are easy to learn and exciting to master! This indispensable volume contains all rules for players and Game Masters, and is your first step on a heroic new journey!

The Pathfinder Core Rulebook includes:
_x000D_ - More than 600 pages of game rules, advice, character options, treasure, and more for players and Game Masters!
_x000D_ - Six heroic player character ancestries, including elf, dwarf, gnome, goblin, halfling, and human, with variant heritages for half-elf and half-orc!
_x000D_ - More than 30 backgrounds like bartender, soldier, or apprentice to further immerse yourself in your heroâ€™s backstory!
_x000D_ - Twelve character classes, including the alchemist, barbarian, bard, champion, cleric, druid, fighter, monk, ranger, rogue, sorcerer, and wizard!
_x000D_ - Hundreds and hundreds of spells, class feats, and other exciting abilities to help you customize your character to become the hero YOU envision them to be!
_x000D_ - Streamlined and revised rules to help ease new players into the game while providing the depth of character options and tactical interest that have defined Pathfinder from the beginning!