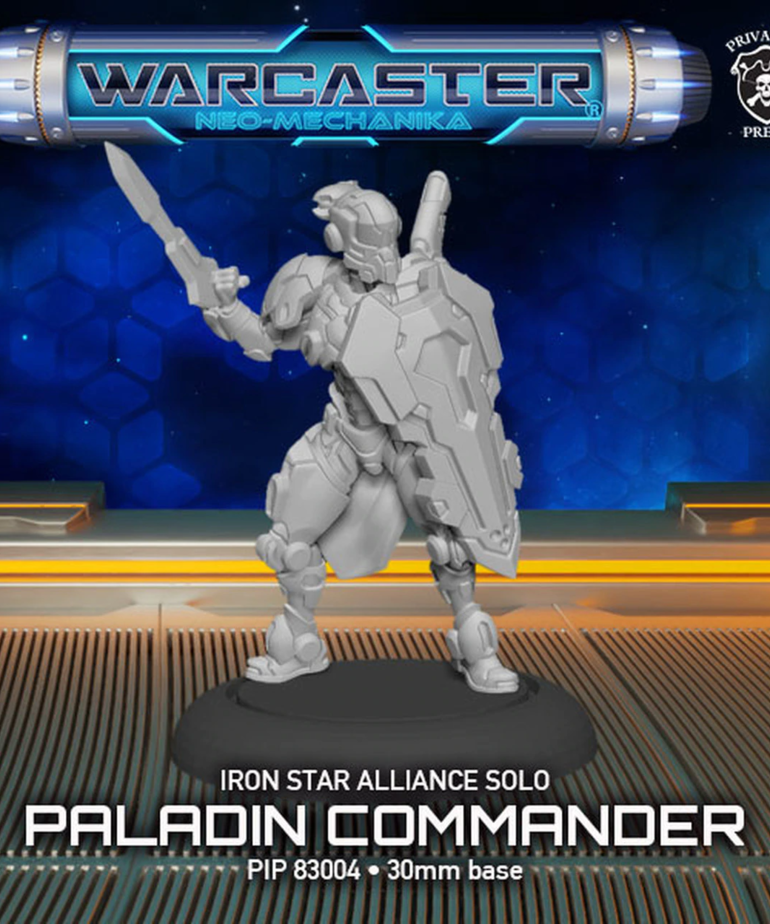 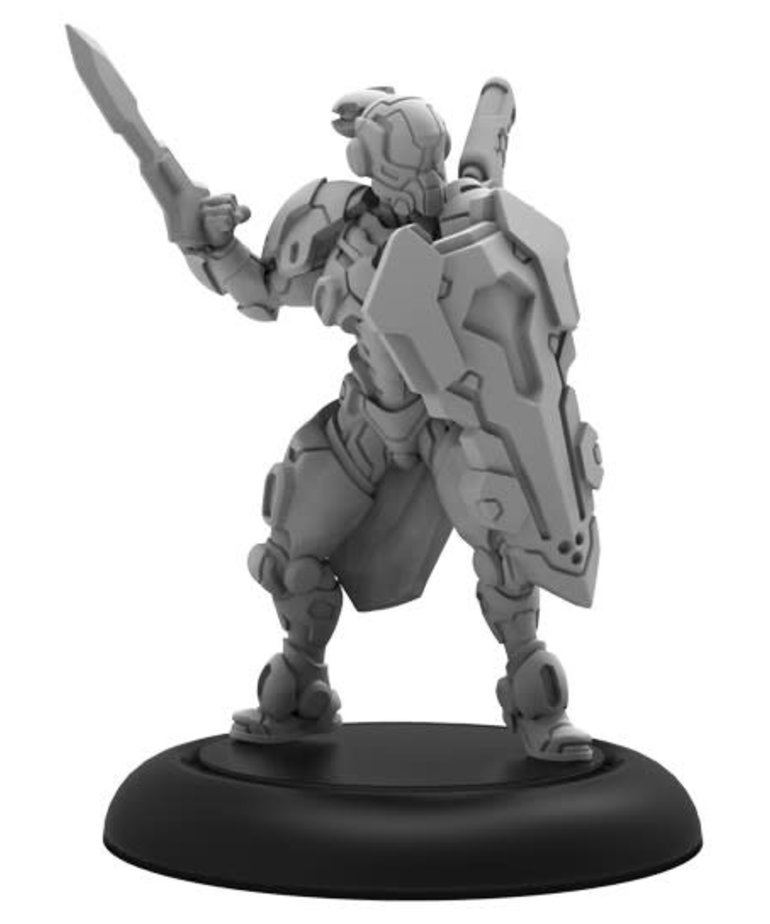 Fearless and eager to prove themselves in combat, the young officers who command the Paladin forces in battle lead from the front. Their mechanikally augmented armor both speeds their combat reflexes and grants them a direct communication to the forces they command. Armed with a shoulder-mounted, self-targeting pulse cannon and wrist-mounted fusion sword, the Paladin Commanders are able to keep their hands free and their focus on the battle erupting around them.