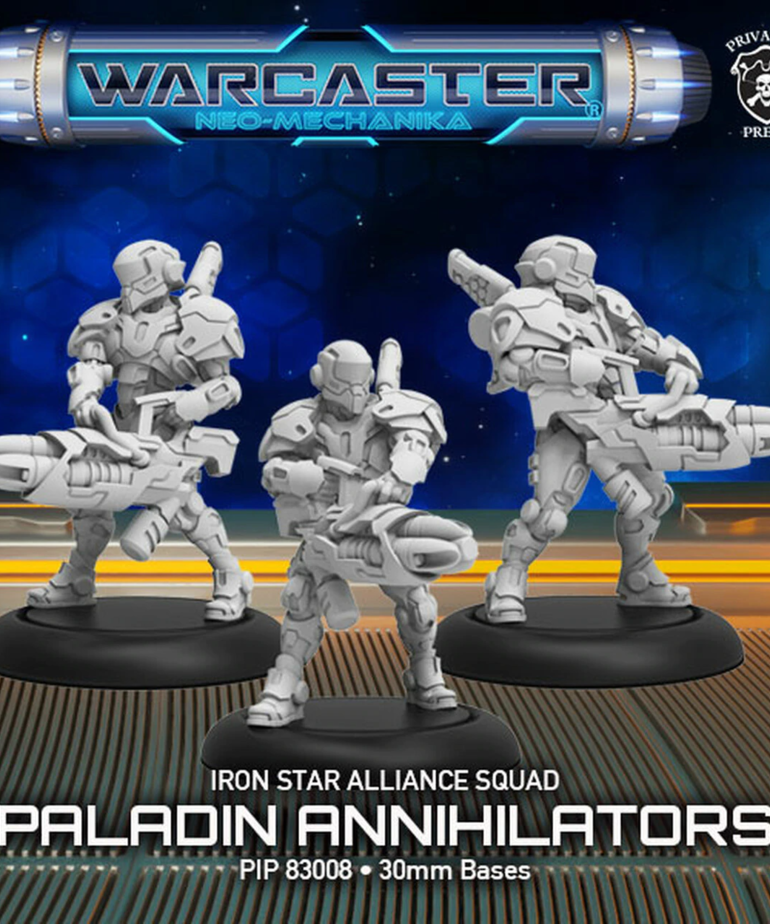 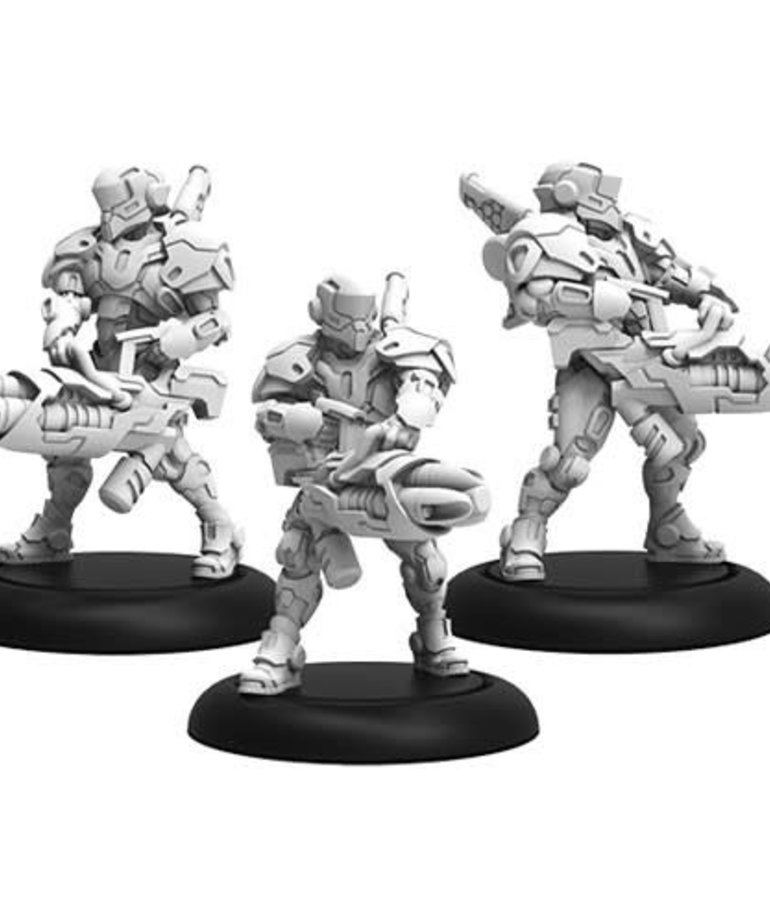 Armed with rapid-fire harbinger cannons, the Paladin Annihilators provide heavy support to Alliance forces on the battlefield. While charged with Arc, the weapons’ advanced smart lock-targeting system robs its targets of the defensive benefits of cover. Even more terrifying, once the harbinger locks in on a target’s heat signature, its hunter-killer rounds will steer around walls or any other obstacle to obliterate their prey in a hail of gunfire.

Three-model squad. Armed with Harbinger Cannons. These weapons are rapid-fire weapons that can hit up to three models with every attack. While charged, these models ignore cover when making ranged attacks. The Harbinger Cannons’ Hunter-Killer Rounds enable the squad to spike to target enemy models that are not even in their line of sight. These smart rounds will curve around walls to hit their mark. Wears Paladin Compound Armor, which gives it bonus ARM (Armor) against explosion damage.