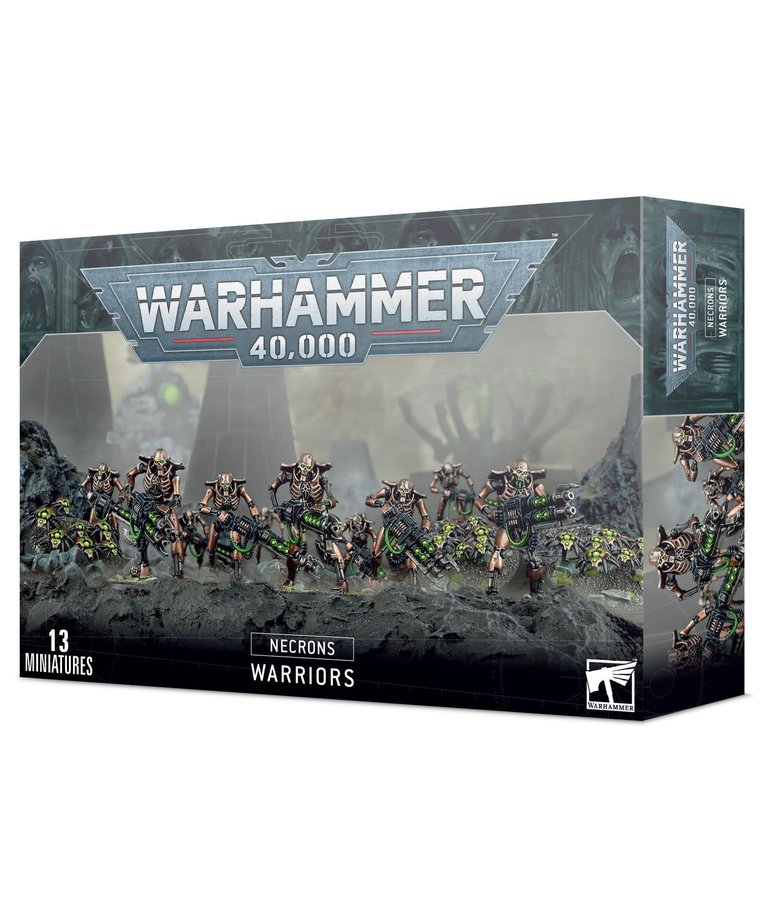 0 reviews
Add your review
- Includes two units – one Troops and one Fast Attack choice available to the Necrons
- Push-fit – no need for glue!
- Necron Warriors can be built with a choice of head and weapon options
Add to wishlist / Add to comparison / Print

Necron Warriors form the majority of a tomb world's nigh-inexhaustible armies. They are a corps of fleshless mechanoids, ranged in their millions against the vital races of the galaxy. Ancient limbs are corroded with age, yet the strength of their metal sinews has not faded, nor has the hard-wired loyalty to their Overlords.

Canoptek Scarab Swarms are found throughout tomb worlds and Necron spacecraft, where automated routines compel them to break down damaged matter of all kinds with their entropic mandibles. They feed on organic and non-organic matter alike, converting it into energy which is re-routed into repair protocols.

Whether you're looking to cut down the enemy at range with gauss flayers or march inexorably forward to shred them at close range with gauss reapers, all the while assailing them with swarms of Canoptek Scarabs, this is the perfect kit to build your Necron army around.

Contents:
- This kit builds ten Necron Warriors – each with a choice of two heads and the option of either a gauss flayer or gauss reaper – as well as three Scarab Swarms. Push-fit construction means you won't need any glue to build it. The kit is supplied in 70 plastic components and comes with ten Citadel 32mm Round Bases and three Citadel 40mm Hex Hole Round Bases.