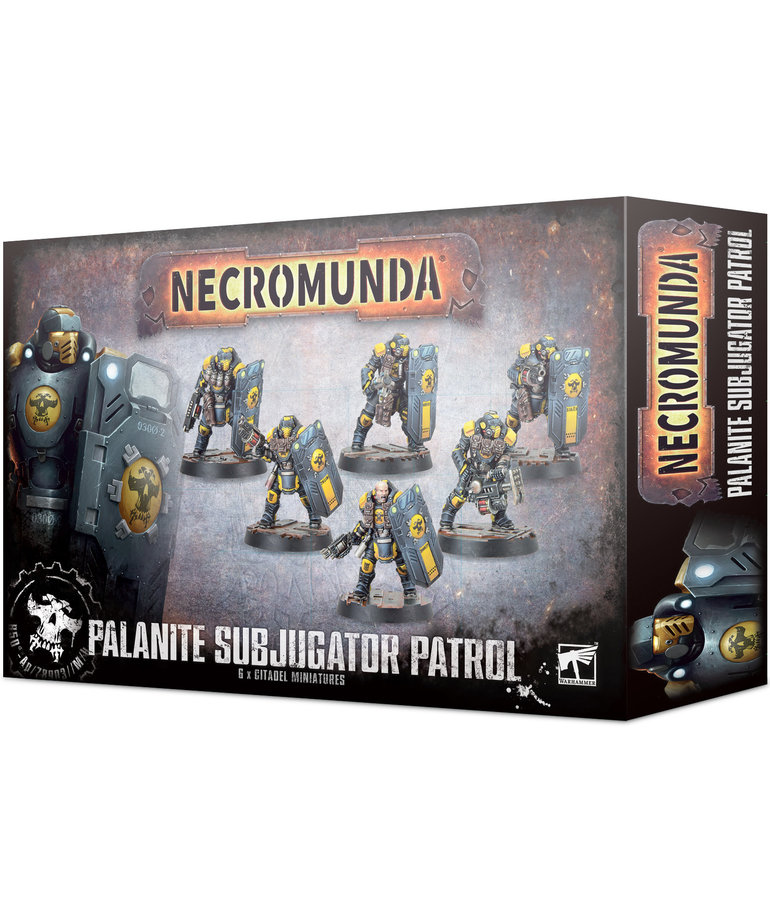 More akin to an army than a police force, the Enforcers trade in violence and control, purging settlements and habzones if even the faintest hint of sedition against Lord Helmwarâ€™s rule is uncovered. When bigger disturbances need to be dealt with, the Subjugators are unleashed, delivering justice with extreme prejudice.

This set of six Subjugactors have been designed to provide you with a huge amount of variety and options when it comes to assembling them, ensuring that no two patrols ever need look the same. This kit is great for starting a new patrol or providing reinforcements for an existing one.

Contents:
_x000D_ - The set includes options for building a Subjugator Captain, as well as an arsenal of weapons such as stub guns, shock batons, subjugation pattern grenade launchers, SLHG pattern assault rams (with built-in grenade launcher) and their instantly identifiable vigilance pattern assault shields.
_x000D_ - Also included are six 32mm Necromunda round bases and an Enforcer Patrol Transfer Sheet so that you can finish off your models. Rules for using a Subjugator Patrol in games of Necromunda can be found in Necromunda: The Book of Judgement and Necromunda: Dark Uprising.