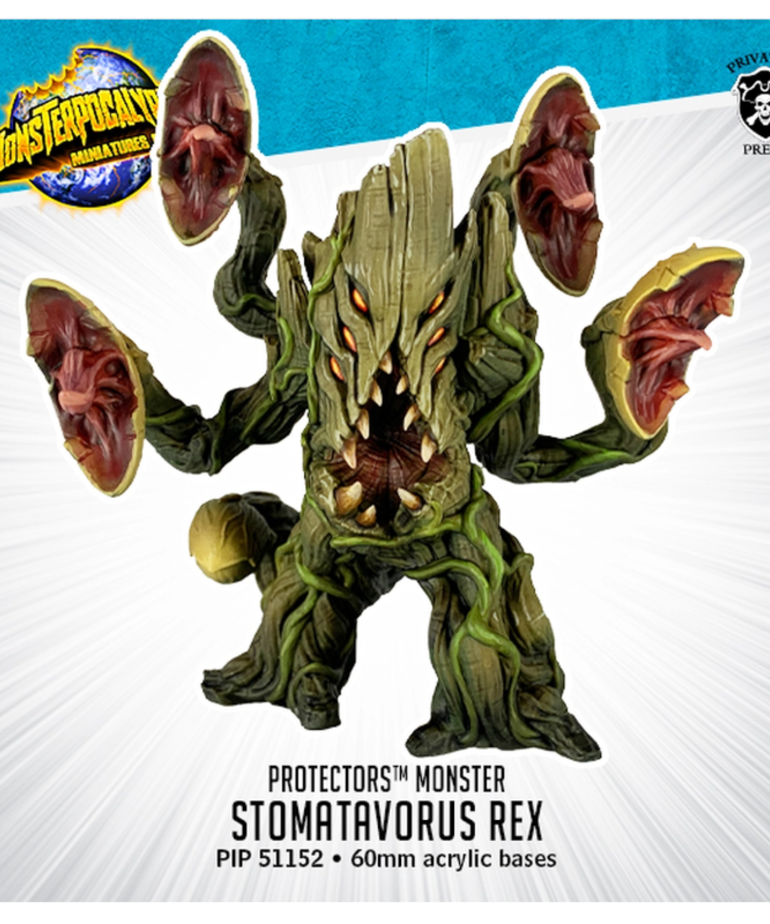 After centuries of lying dormant, the Vegetyrants have begun to emerge from their verdant nests. The presence of alien invasive species to their home planet disturbed the natural balance, and now they rise to defend the world and reclaim the wild places of the planet. Stomatavorus Rex is an ancient incarnation of the Vegetyrants. Savage in nature, it consumes life from any foe that falls prey to its leaching vines.

Stomatavorus Rex is a monster that can join any Protectors force with a focus on stealing the energy of its opponents. This vampiric monster leeches life from monsters and Munches on smaller foes, making Stomatavorus Rex a tough enemy to keep down.  Stomatavorus Rex’s roots make it rock Steady while allowing it to draw on the Ancient Power of the earth to keep the battle in its favor.