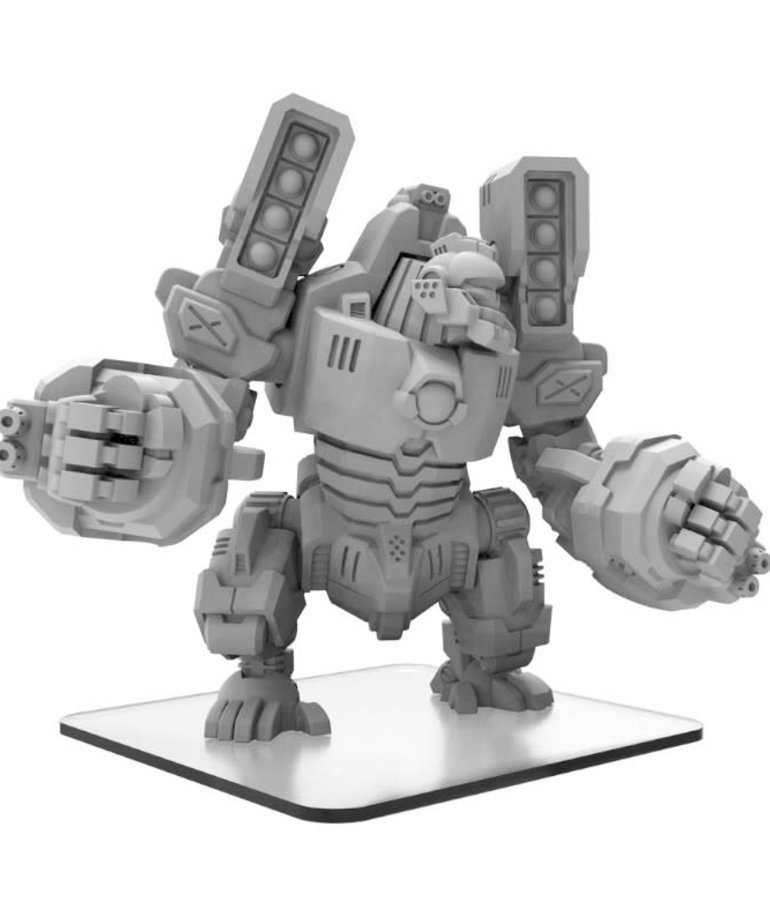 0 reviews
Add your review
- Robo Kondo is a monster with a focus on powerful units that can join any Destroyers force.
12 In Stock
Add to wishlist / Add to compare / Print

Robo Kondo is designed to be the crowning glory of Ubercorp. A massive and very much over-engineered machine in its own right, Robo Kondo is also accompanied by some of the most powerful robots in the company's arsenal. Each time the massive automaton enters the battlefield, Ubercorp spares no expense, ensuring that the deployment will awe any potential investors who might be watching the carnage. To anyone with much sense, Ubercorp is only a company bloated by 'multiple countries' massive contracts, often at the expense of any actually useful response to the monsters that plague Earth.

Robo Kondo is a monster with a focus on powerful units that can join any Destroyers force. Whenever Robo Kondo is deployed, Ubercorp puts their massive government Subsidies to use, creating a show for the fight over the planet's survival; however, the massive ape simulacrum is not without substance. Its Booster Rockets can send it careening across the battlefield at a moment's notice. With its massive over-engineered arms, it can even Piledrive monsters so hard that craters are formed in the aftermath.