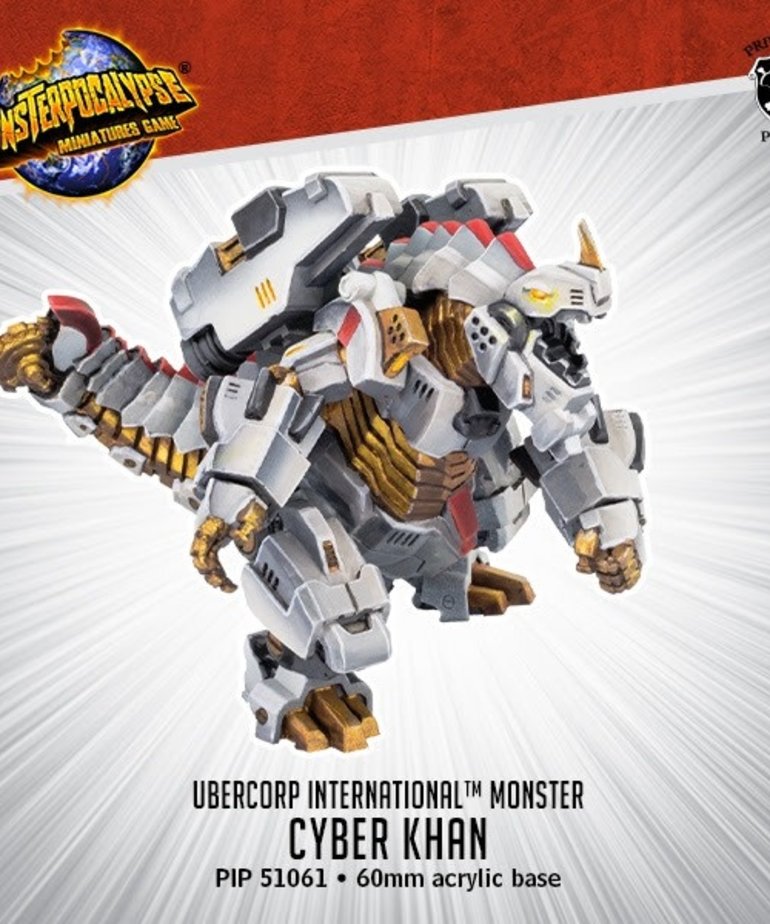 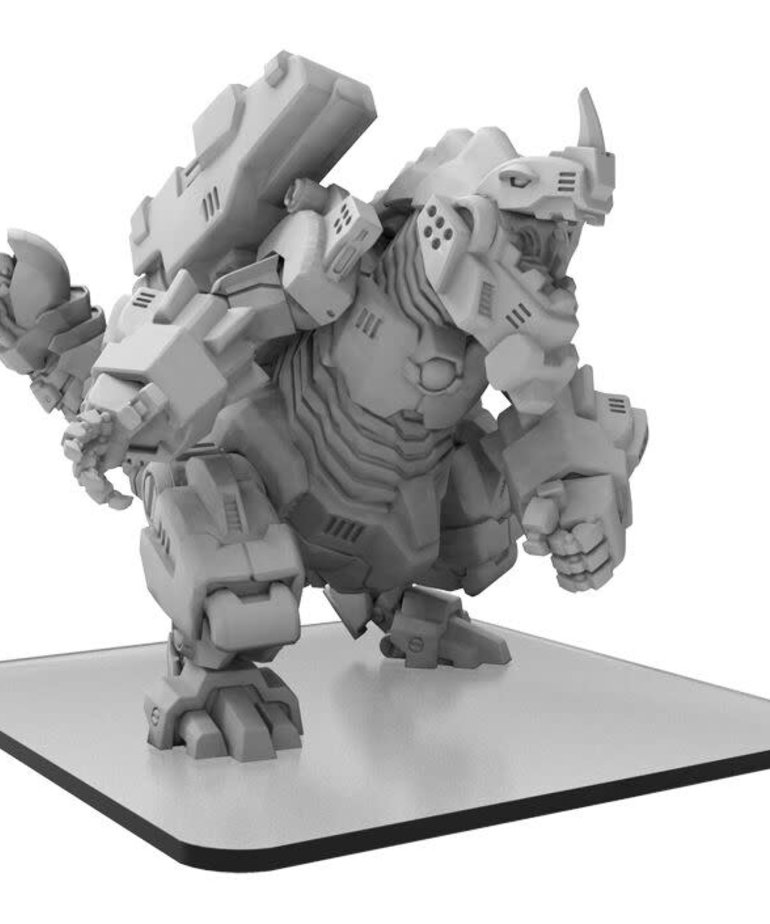 Nothing demonstrates the military manufacturing capabilities of Uber Corp International better than its gigantic weaponized hardware platforms, each customized to familiar monstrous configurations. According to Uber Corpâ€™s marketing division, Cyber Khan is a towering testament of human ingenuity and know-how every bit as terrifying and twice as energy efficient as Terra Khan, the creature that inspired its design. Uber Corp spokespeople reject the complaints of critics who call them â€œdestroyers.â€ They insist the company is only interested in destroying those who threaten their aggressive but lawful capitalistic hegemony earned through innovation in affordable but overwhelming firepower.

Key Features:
_x000D_ Cyber Khan is a well-rounded monster that can be added to any Destroyers force. He leads his fellow Uber Corp units in destroying cities by giving them more dice when attacking buildings. His Alpha formâ€™s High Mobility allows him to move over models and hazards with ease early in the game, and his Seismic Step abilities means he will stomp his way through many games. When he goes hyper, his weapons go into Rapid Fire mode, and he gains even more power from destroying buildings.