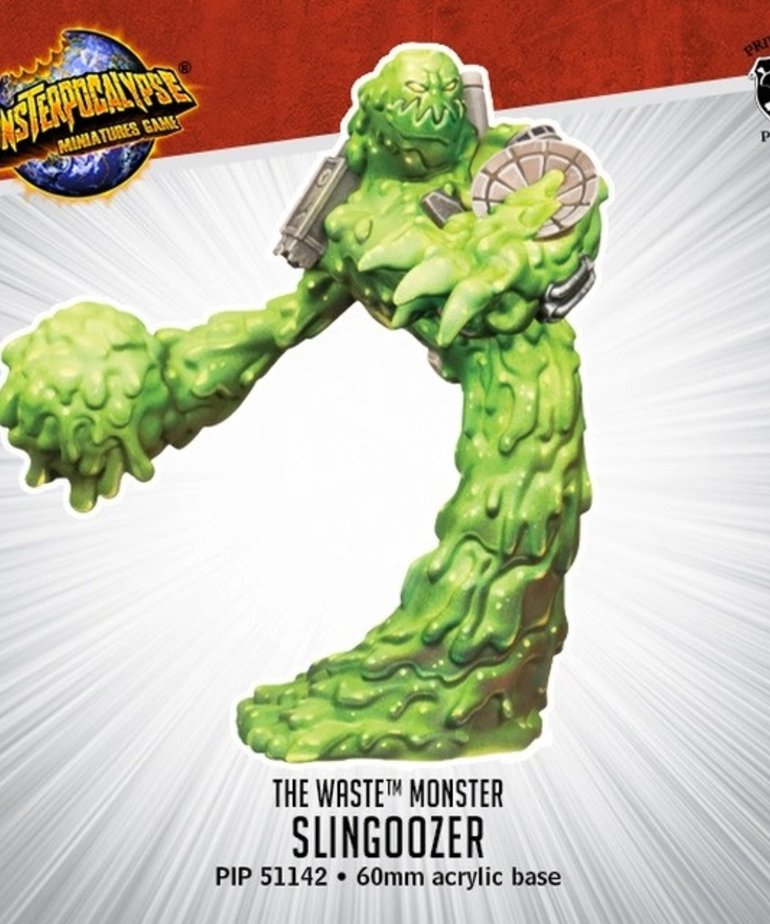 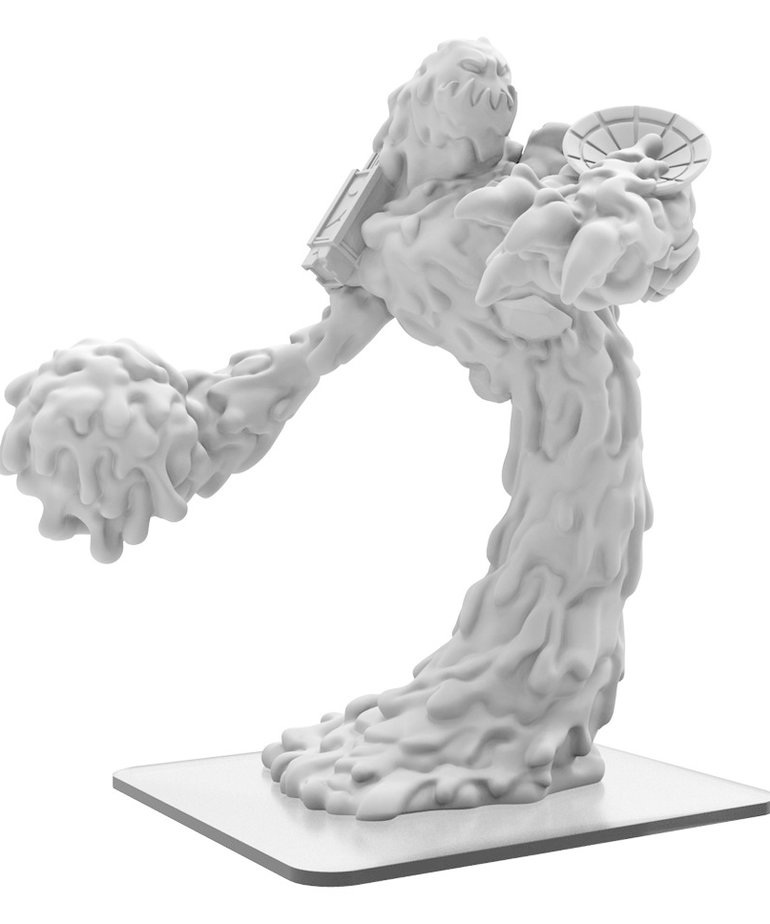 The creatures of the Waste are as strange as they are diverse. Slingoozer is nothing like the Toxxos or Globbicus - this agile ooze can fling itself over buildings or launch a portion of itself at far-off enemies. Its structure is always warping and changing. Enemies that try to pin the amorphous blob down will have a miserable time, and all the while, the ooze it has been slinging into the distance is coalescing into more threats.

Slingoozer is a monster with a focus on blast attacks and units that can join any Destroyers force. The globs of ooze it launches around the target with Splash and the leftover ooze can Proliferate new units. It can somehow Absorb rubble and turn it into its own body - a rather bad thing for its enemies as that body is also ammunition.