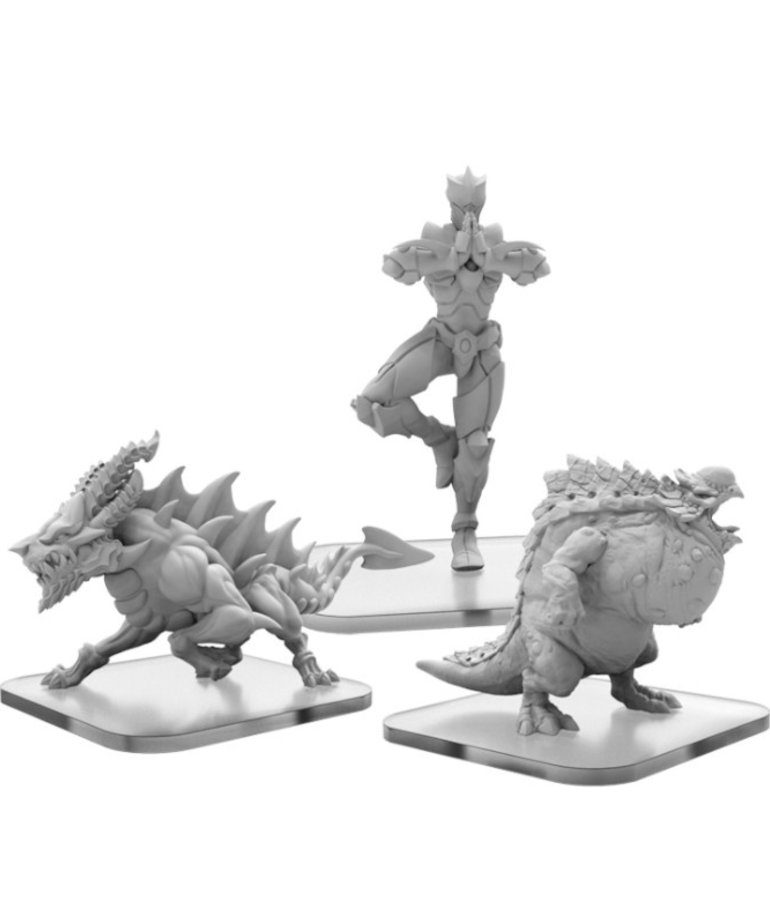 0 reviews
Add your review
- This set of models offer an alternate take on some of the most elite units in Monsterpocalypse.
7 In Stock
Add to wishlist / Add to compare / Print

The Shinobi of the Shadow Sun Syndicate are trained in a plethora of different martial disciplines, including instilling mental strength. Fighting monsters on a battlefield hand to hand requires a certain mental fortitude that few possess.

Among the rare elite spawnings of the bellowers are some that turn their already destructive booming roar into something much more deadly. When they unleash their blasts they blow past the sound barrier with such quick acceleration that the air in the immediate area super heats.

The hounds of the Draken Armada act as the eyes, ears, and noses of the Faction's surveillance force; however, unlike some scouting units, the elite coursers can also act as a vanguard, ripping apart foes even before the main force arrives.

This set of models offer an alternate take on some of the most elite units in Monsterpocalypse. Instead of designating the elites of a player's force with just a star on their base, players can use an entirely separate sculpt. Each set is meant to offer enough variation that it will appeal to any Monsterpocalypse player who collects models of the Protectors Agenda.