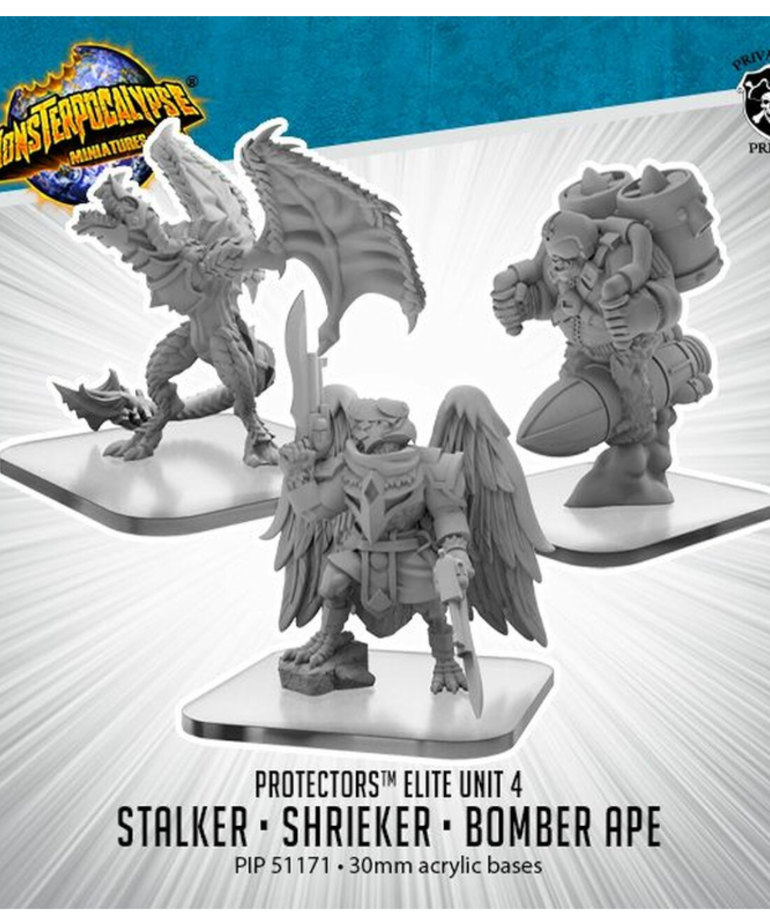 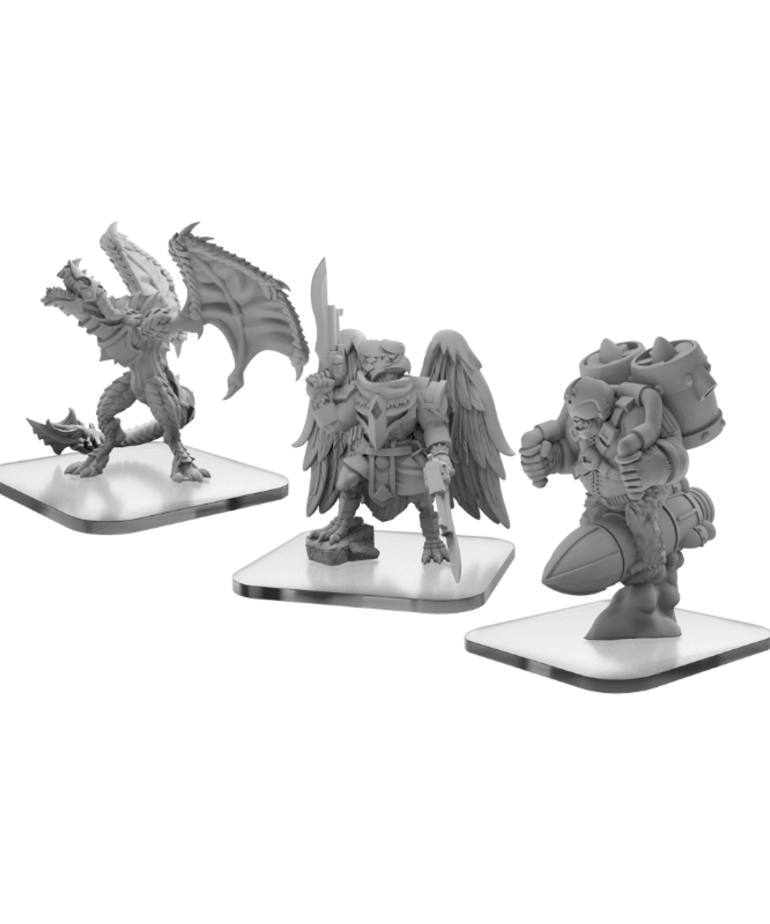 The Ape Bomber takes the cake as one of the most terrifying of the giant apes to behold. And while carrying a bomb with your feet is not a job with a high-life expectancy, the few that survive to become silverbacks are given the highest honors and even bigger bombs to carry.

Stalkers train relentlessly within the Draken Armada to master complex aerial maneuvers, allowing them to always find the best vector to attack an objective. Stalker wing leaders are ace fighters, capable of stalking prey no matter where they hide.

Some of the most prolific serum users in the Legion become saturated by their serum over time, and so with each dose, a Legion Striker gets stronger and more adept at its dance of death.

This group of models offers an alternate take on some of the most elite units in Monsterpocalypse. Instead of designating Elites of a player's force with just a star on their base, players can now use an entirely separate sculpt. Each set is meant to offer enough variation that it will appeal to any Monsterpocalypse player who collects models of the Protectors Agenda.