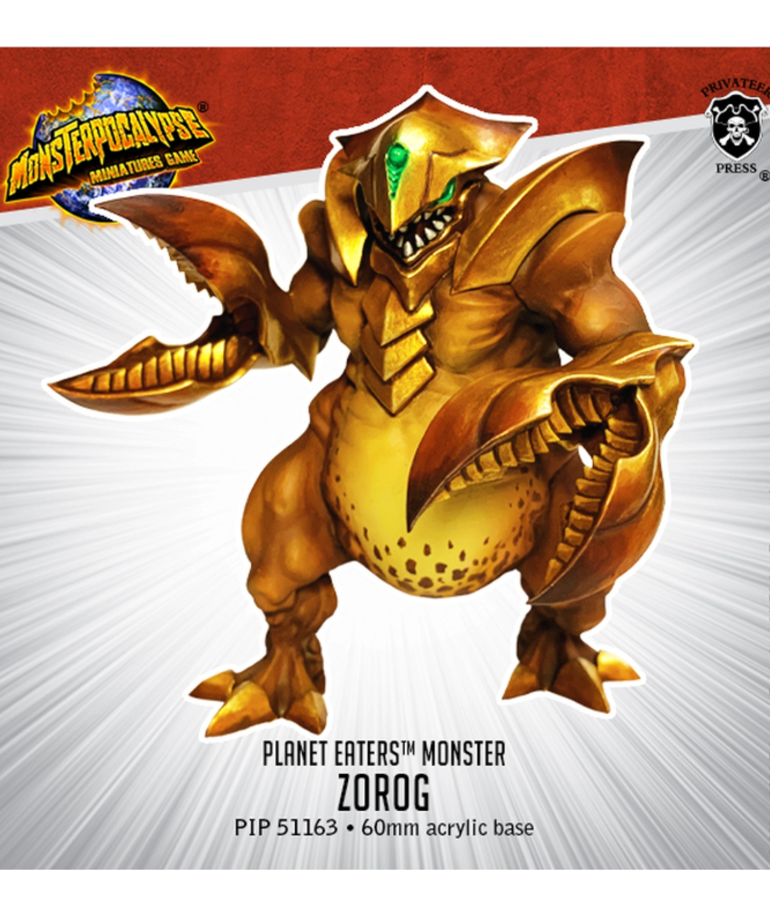 Although the ravenous Planet Eaters may, at first glance, seem to be nothing more than a natural disaster with limited sentience, they are actually quite crafty. Each monster within their terrifying ranks boasts a very specific speciality that is then directed at its most favorable target. Zorog's speciality is coordinated movements and devastating surprise attacks. Like waves, the forces of annihilation ebb and flow; at their height, they make piercing attacks and then recede into the background. However, unlike the gentle highs and lows of the tide, each crescendo of the Planet Eater's attacks is accompanied by the screeching snaping of metal in Zorog's massive claws.

Zorog is a monster with a focus on synergistic brawl attacks that can join any Destroyers force. Zorog is able to control the forces of the Planet Eaters much more precisely than its counterparts. Under the command of the clawed monster, units can make sudden Uncanny Maneuvers. Zorog utilizes the sudden advances of its units to Gang up on enemies then make Shredding attacks with its horrific claws.