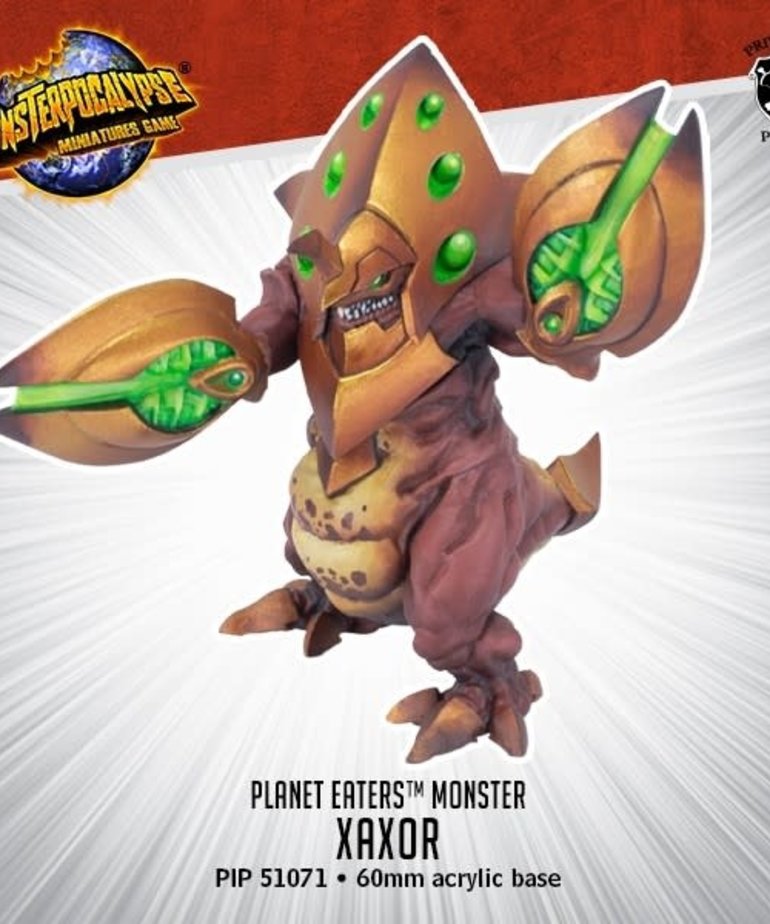 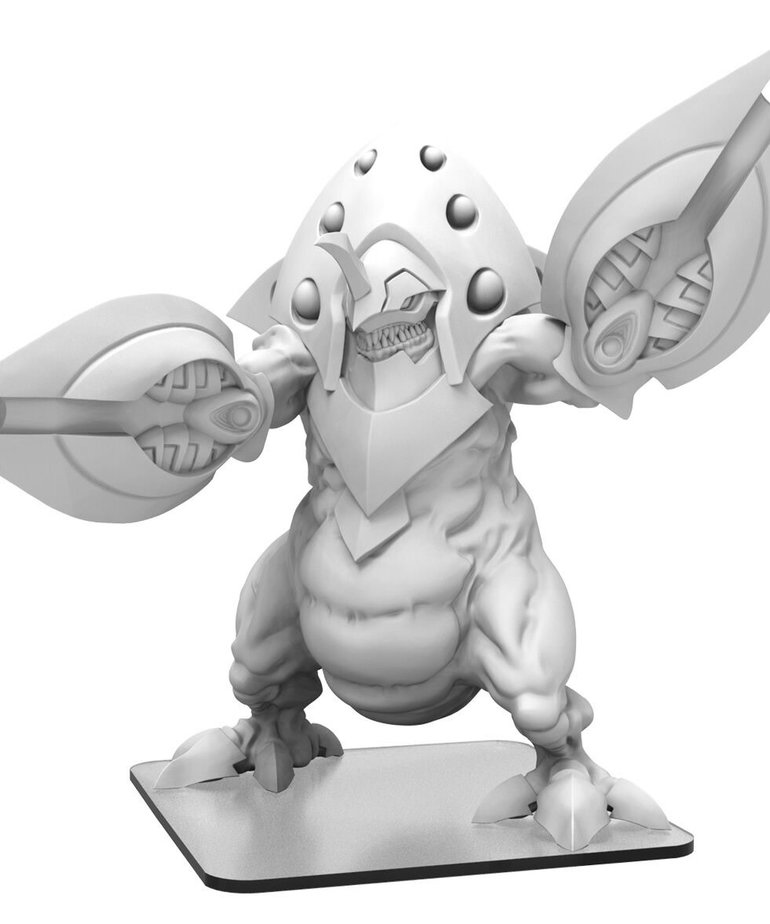 Having absorbed solar winds throughout the cometâ€™s long space journey, Xaxor has the energy reserves to deny the very forces of gravity itself. His beams of ionized cosmic energy pierce the hearts of his enemies while city after city burns in his wake. It is difficult for observers to gauge this creatureâ€™s goals or intelligence, though Xaxor seems more deliberate and focused than his counterparts. He has demonstrated a preference for focusing on obliterating power plants and factories, perhaps siphoning their power for his own.

_x000D_ - Xaxor is a flexible monster that can be added to any Destroyers force. He is the first Planet Eaters monster with High Mobility, and he can use his antigravity powers to assist Planet Eaters units as they move across the city. When he goes hyper, his Blood Rage spreads to all of the lesser Planet Eaters around him, spurring them to fight harder._x000D_ _x000D_