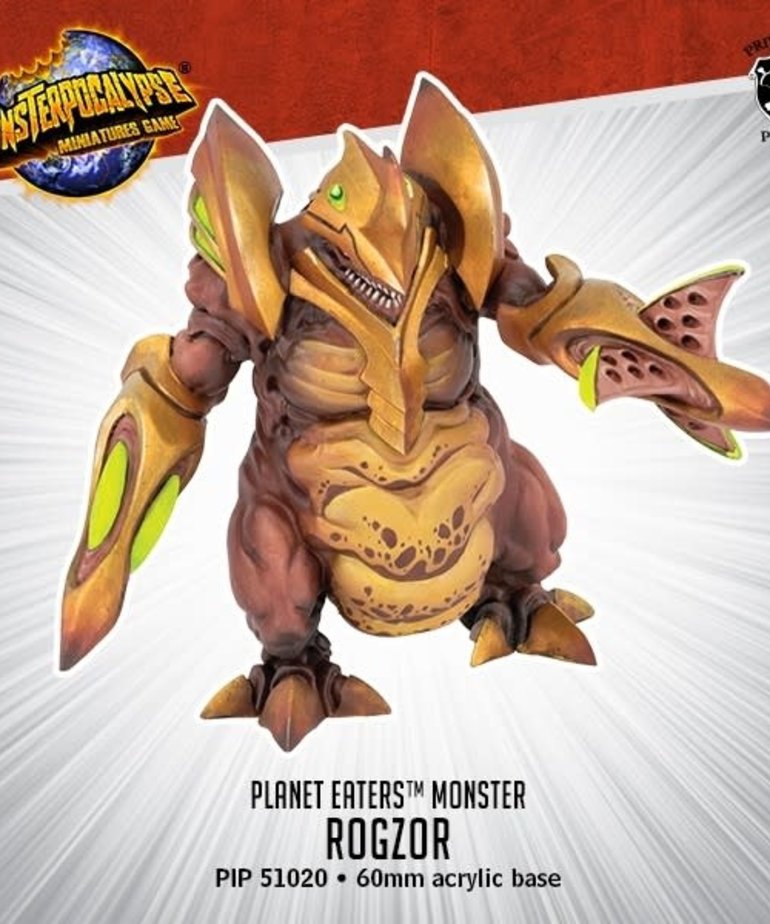 Those who thought they had seen the worst the Planet Eaters had to offer when they witnessed Gorghadra had yet to behold the terror brought by the one called Rogzor. This creatureâ€™s every action seems to defy known physics as it unleashes an unceasing barrage of annihilating energy from the web-like structures that unfold along its appendages. Its footsteps have changed the course of rivers, and its raw power has leveled mountains. It cannot be reasoned with or understood and seems motivated solely by the desire to bring about the utter disintegration of the Earth and its inhabitants, siphoning power from everything it turns to ash. Woe to any man, machine, or beast that stands in Rogzorâ€™s path.