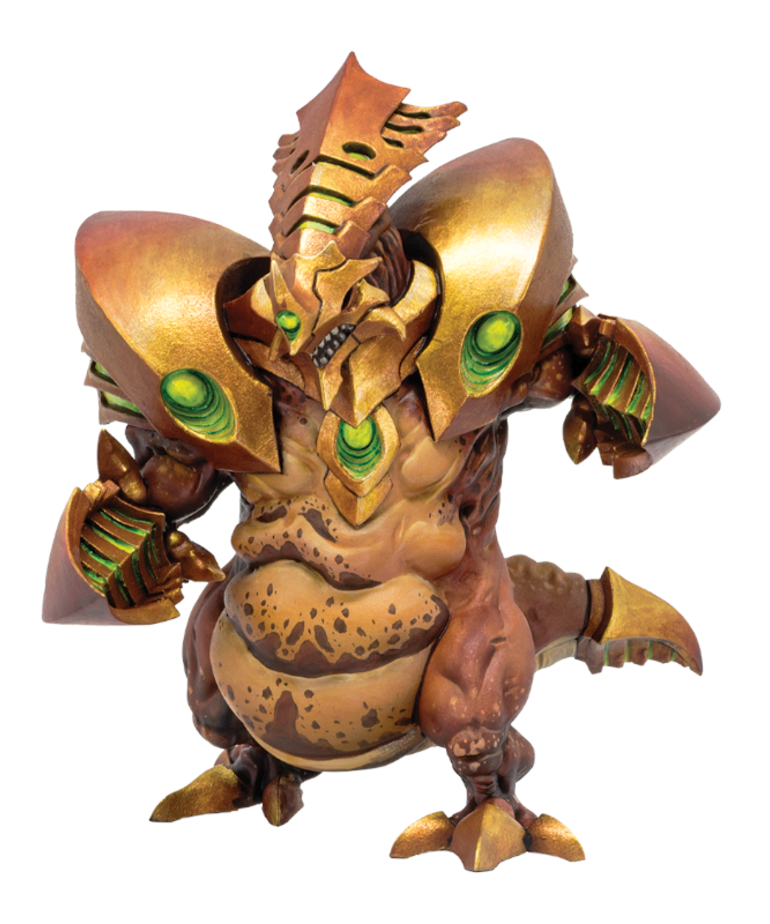 0 reviews
Add your review
- Gorghadra is a monster with an aggressive playstyle that can join any Destroyers force.
6 In Stock
Add to wishlist / Add to compare / Print

Gorghadra has led the Planet Eaters on a crusade across the galaxy that has consumed countless worlds. When this galactic plague arrived at Earth, there was no reason to expect anything other than trifling resistance; however, the planet houses many secrets - some unknowable terrors and others, stalwart defenders. Gorghadra was not prepared for what came next as the Monsterpocalypse began and massive battles between terrible enemies sprung up across the globe. Despite this setback, Gorghadra knows all will be consumed by the Planet Eaters. It is inevitable.