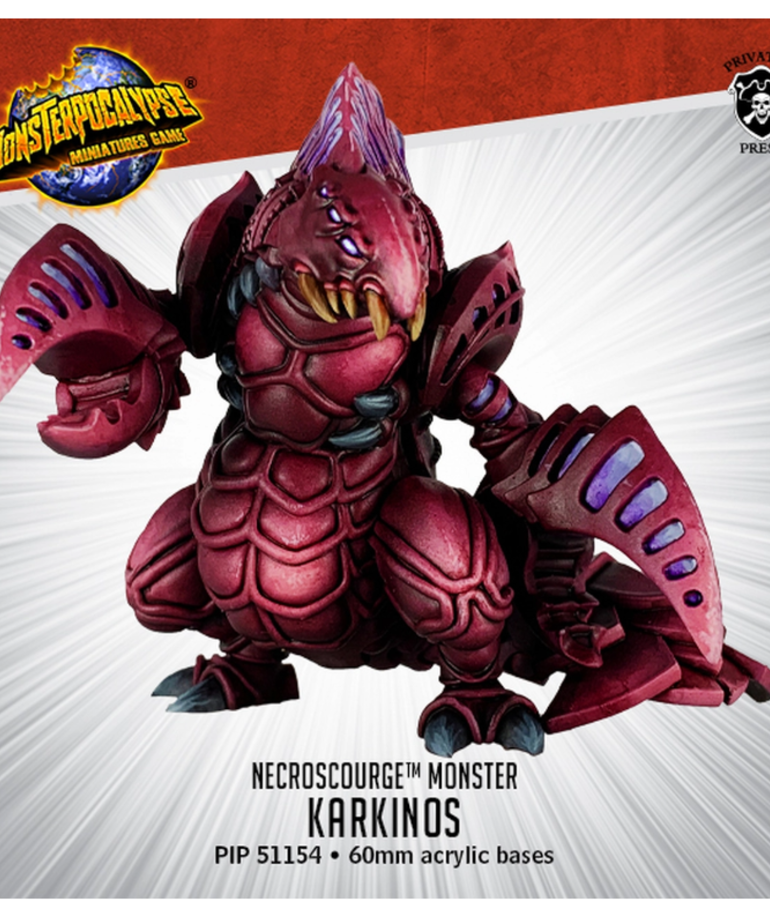 The invasion has begun - the Necroscourge have begun to lay siege to the battle-torn cities of our planet! When Galamaxus landed on Earth, one of its first missions was to seek out biomass and convert it into the next Necroscourge monster. Facing off with a Triton monster, Galamaxus converted its prey using the Necroscourge beings swarming its body to overtake and repurpose the crustacean into the monster known as Karkinos. Karkinos is an avatar of destruction, leaving everying in its wake decimated.

Karkinos is a monster that can join any Destroyers force with a focus on durability and hard-hitting attacks. The nanites that transformed Karkinos in death granted it Fireproof plating, and it uses that advantage to Grapple its foes into the very fires it casually moves through. When on offense, Karkinos Ravages its opponent, then Goes for the Throat of its disabled prey.