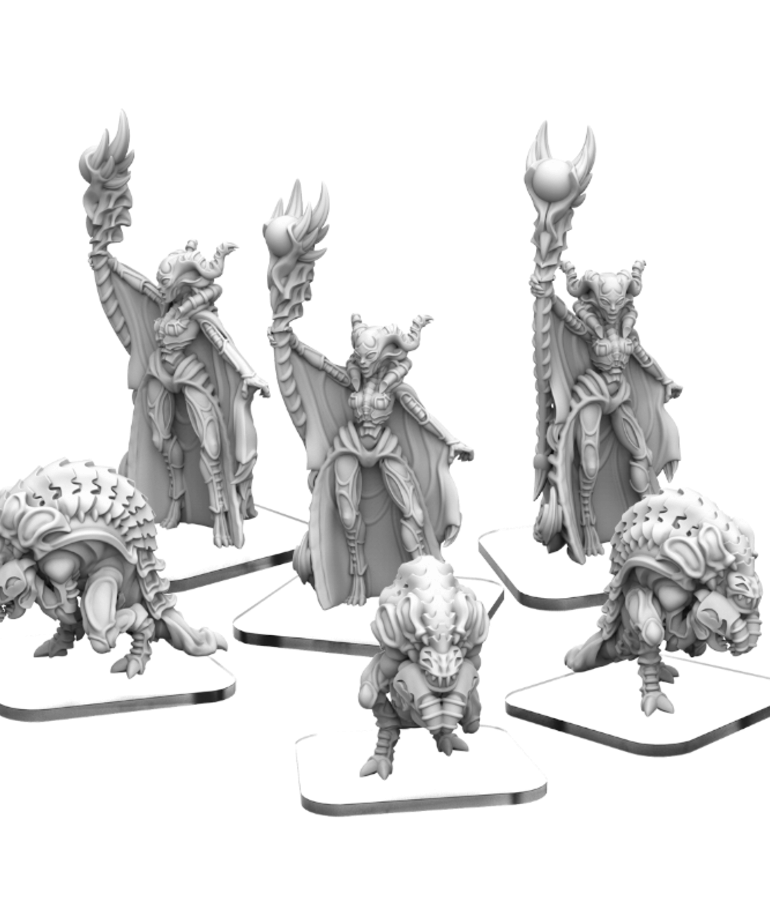 0 reviews
Add your review
- Focus on support & ranged damage that can join any destroyers force.
- Can use Heightened Senses to see through an enemy's defense
- Blitz ability helps deliver allies to the heart of the opponent's forces
- Void Mauler focuses on defense & offense
19 In Stock
Add to wishlist / Add to compare / Print

Void maulers are repurposed Triton crustaceans first assimilated to the Swarm Hive in the battle to enslave Karkinos. Their hollow carapace is filled with spare nanites that can shield and reinforce the swarms around them. Since amalgamation, they have become larger extensions of the nanites themselves, passing through the Nexus freely to infest the interstellar tides.

The hexchantress is a lieutenant of the Necroscourge. Gigantic and mortifying to behold, these witches pass through the Necroscourge Nexus directly from the Swarm Hive. They use their dark energy to spurn on allies, and they posses a near magical ability to sense their prey no matter where they may be concealed.