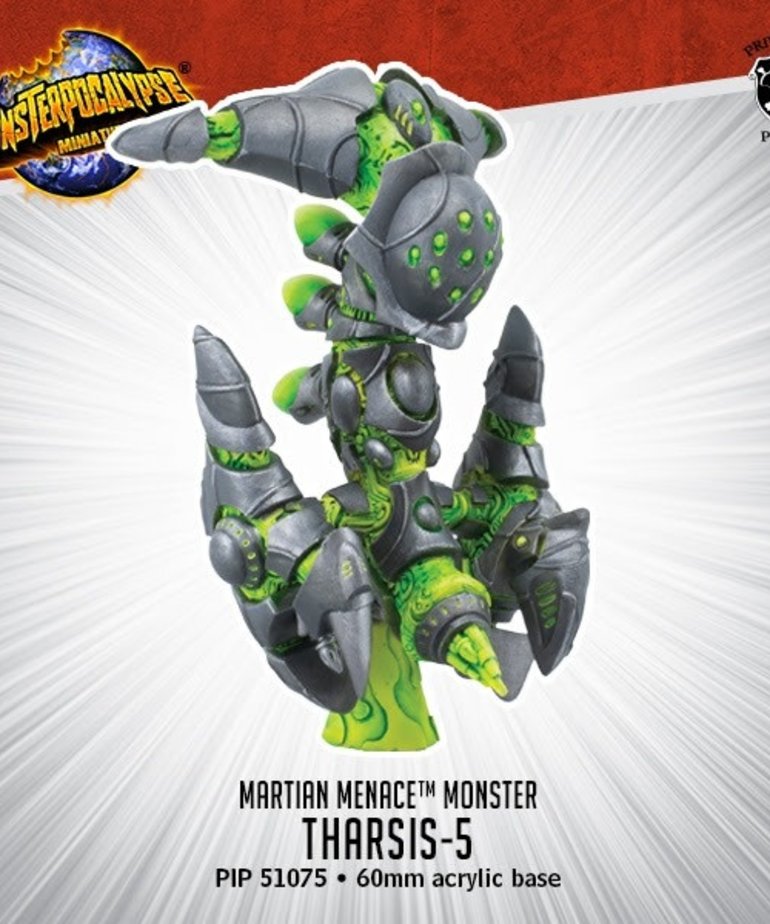 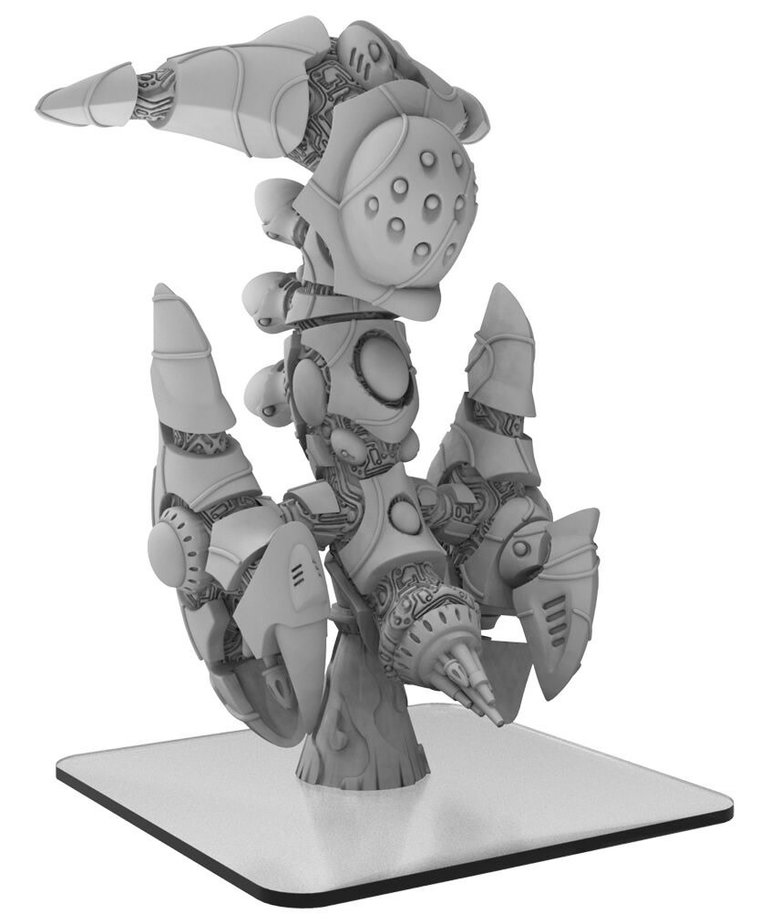 Built to level entire towns and return to orbit after absorbing their resources, Tharsis-5 is as much an architect of the invasion of Earth as any other great Martian super-vessel. Tharsis-5 was built to remain at a low elevation and disassemble its adversaries more directly, becoming something of a self-contained and heavily armed factory and material recycling center. In all respects, Tharsis-5 is an efficient mobile invasion base, optimized to obliterate Earthâ€™s defenders and facilitate Martian forces, particularly across urban environments.

_x000D_ - Tharsis-5 is a support monster that can be added to any Destroyers force. It can change the skyline of cities with ease using Action: Repair. Nano Construction grants the Repair action to Martian ground units, meaning a force led by Tharsis-5 is capable of quickly terraforming entire cities. When it goes hyper, it powers up emergency force fields, Armoring it against collisions with buildings, and super charges its giant claws to knock enemy monsters across the city._x000D_ _x000D_