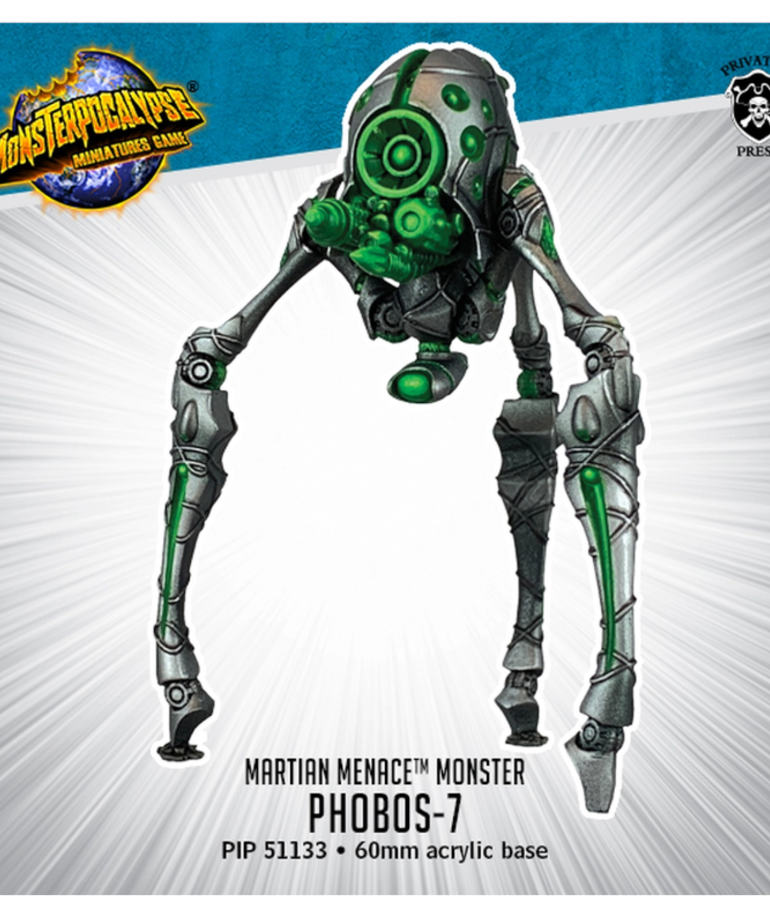 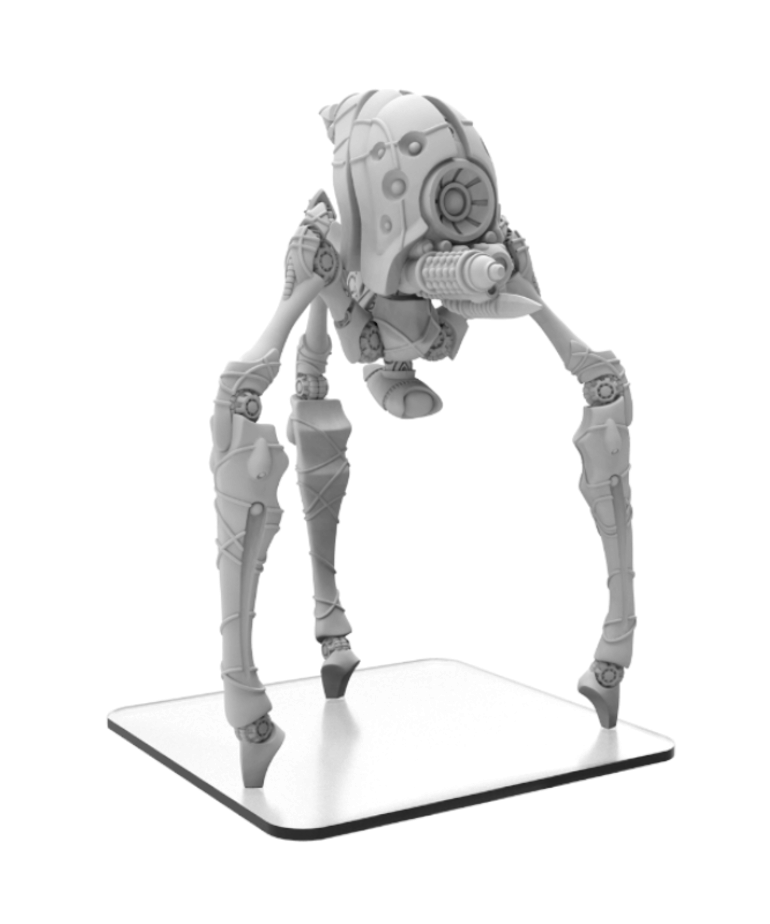 In their bid to take Earth, the Martians continue to build ever-more powerful machines. Phobos-7 is the ultimate terraformer, destroying any trace of humanity and leaving behind naught but ash. Those foolish enough to try stopping Phobos-7 find it is built for much more than terraforming. Get on the wrong side of its lasers, and you will be left with an empty chasm where your forces once existed.

Phobos-7 is a monster with multiple blast attacks that can join any Destoyers force. With its powerful cannon, it can release an Onslaught of attacks, Disintegrating any the beams touch. When threatened, it switches its primary focus from terraforming to combat by creating a field that can allow all Martian lasers to Penetrate any defenses.