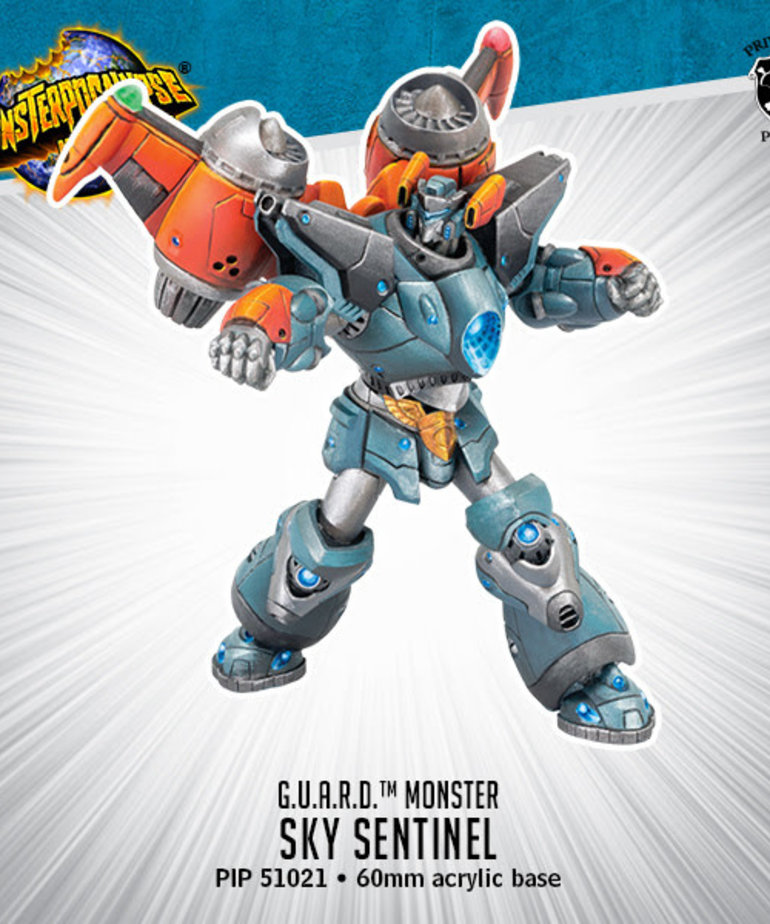 Sky Sentinel has earned a special place among G.U.A.R.D.'s defenders as being one of the first super mechs created to protect the Earth, one of two initial Liberty-class weapons platforms. After the tragic death of its counterpart, Laser Knight, Sky Sentinel stood alone for a time against those who would destroy the planet, taking advantage of its advanced mobility to rapidly redeploy from one theater to another. This revered super mech is exceptionally equipped to coordinate the efforts of strike fighters and rocket choppers in its vicinity, unleashing unparalleled concentrated firepower.