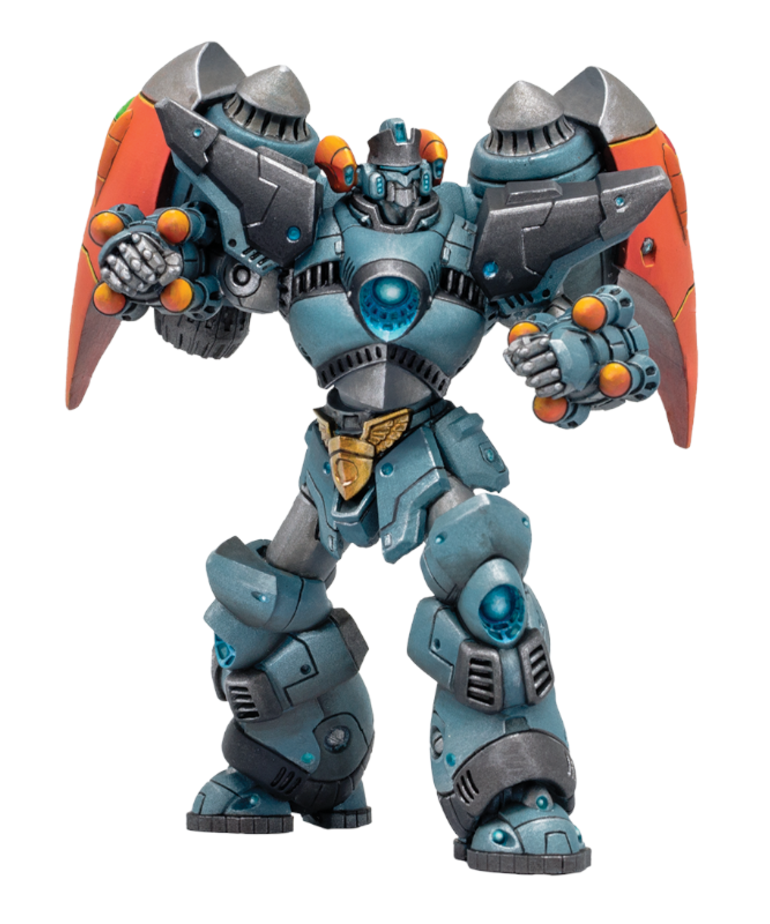 0 reviews
Add your review
- Defender X is a monster with a generalized playstyle that can join any Protectors force.
4 In Stock
Add to wishlist / Add to compare / Print

Everything changed when the Harbinger Comet struck Earth. In the dark weeks following the comet's impact, humanity could do nothing against the new threats that suddenly appeared. Utilizing shards from the harbinger, governments pooled their resources to develop incredible technologies on madly accelerated timetables. The international organization G.U.A.R.D. combined the greatest minds the world over with nearly limitless resources. As a result, just a year from the day the comet fell, Defender X became the first true protector of humanity worldwide.