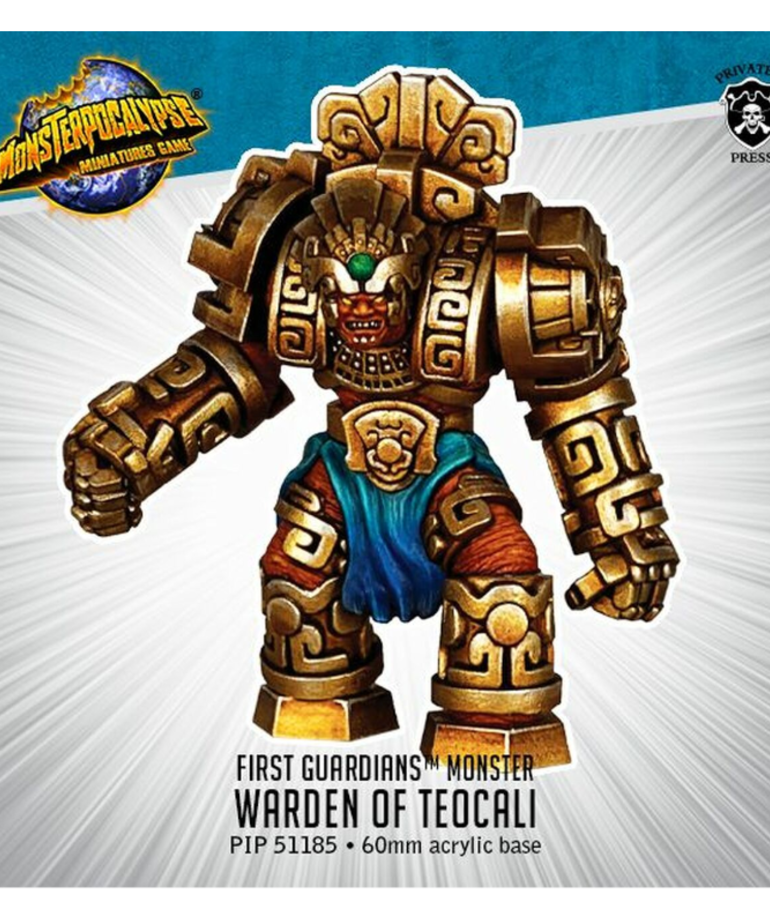 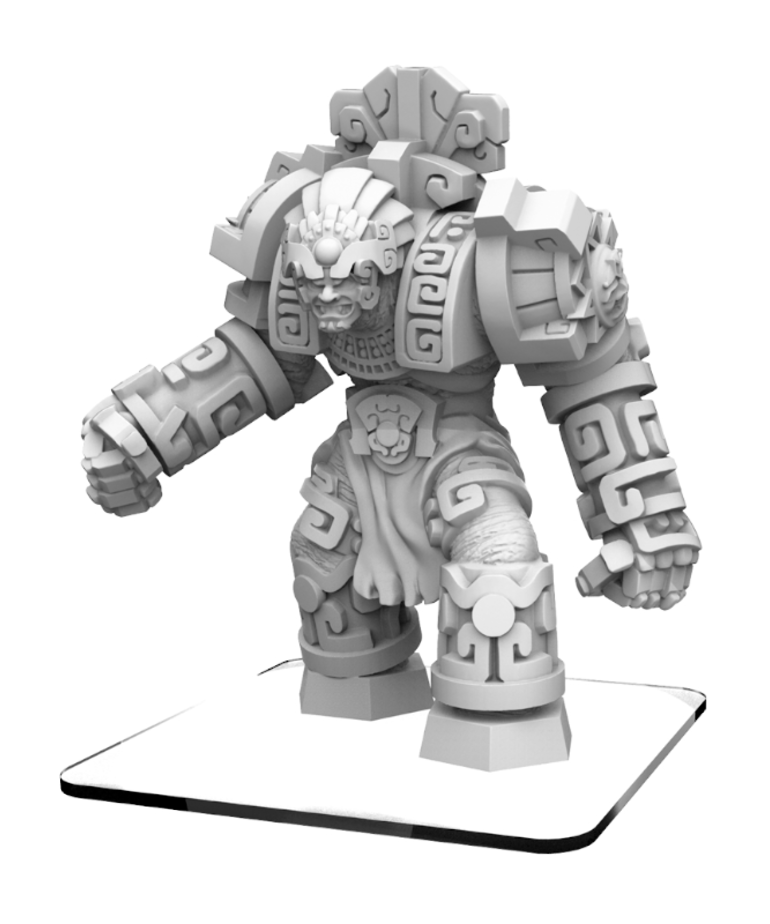 The Warden of Teocali, a towering monolith of stone and gold, was not built; he was created to end the God War with the Ancient Ones. After being knocked unconscious by the God of Vemana, the Queen of Ixmiqui had a dream in which she would build a prison in the realm of dreams. When she awoke, she rushed to the temple and began creating the Dream Stone, which she placed upon the head on a mighty titan that formed before her. Around this Warden of Teocali, ley lines flared to life, sigils of light danced across the city and stretched outside the walls, and then they vanished into the world of dreams - along with the First Guardians, the Ancient Ones, gods, and people alike. There they are trapped to forever fight out their war for eons in the place between worlds while the Warden of Teocali stands guard at the gate of reality, keeping the nightmares at bay.

The Warden of Teocali is a monster with a focus on Support and Positioning that can join any Protectors force. In its alpha form, the Warden works in concert with his units to take and hold key board positions. Once in Alignment, the Warden's forces are boosted across the map. Making dreams a reality, the Warden can bring Providence to his followers taking action. And in hyper form, the Warden of Teocali uses his Dream Stone to Repair and undo the damage any enemy has brought to the city as well as to weaponize any building with a Megaton of force.