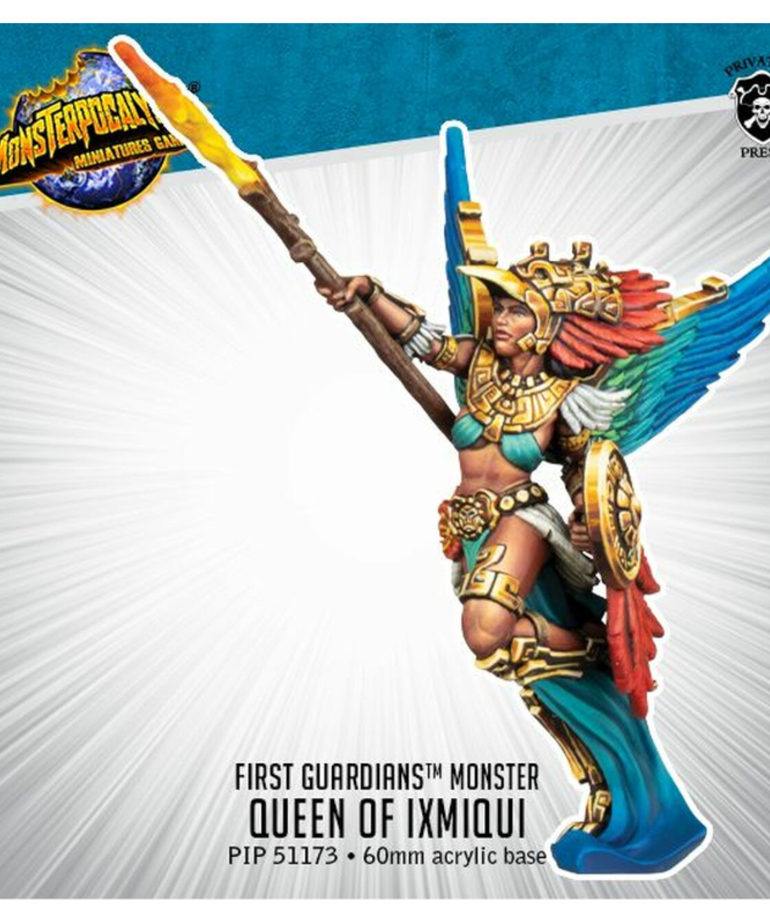 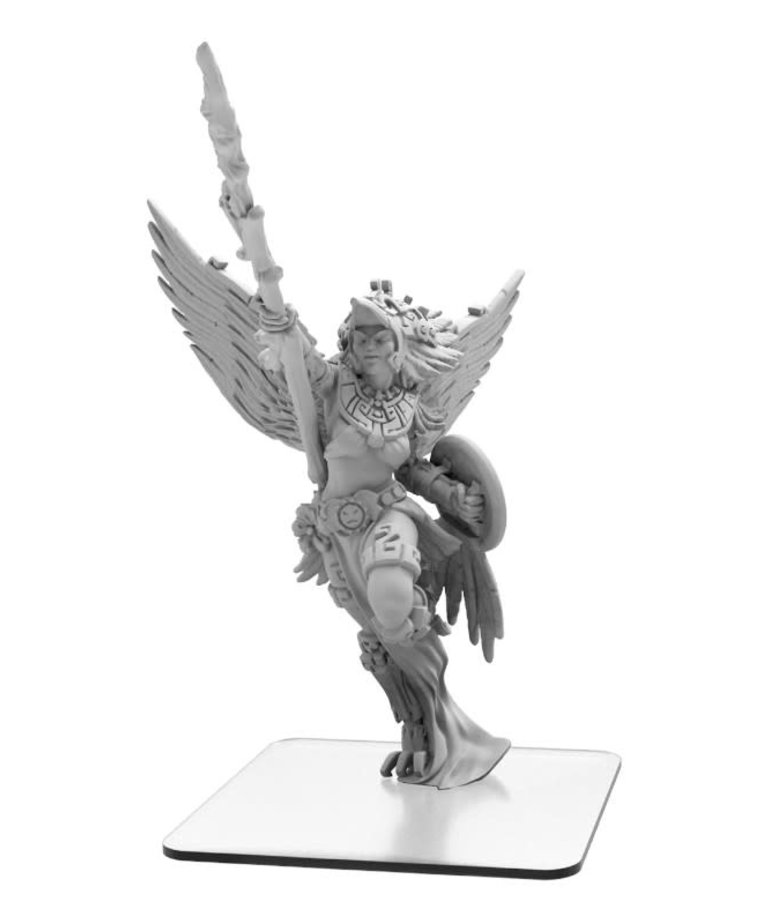 To kill a god, you must wield the power of a god, and the Queen of Ixmiqui sought to do just that. Though a mortal, she knew her people were mightier than any malefic deity who wanted to extinguish their existence. She called upon her nation's greatest minds to help her, and the First Guardians smiths crafted a spear so powerful, it was capable of raining lightning down on its enemies. Her sorcerers used their magic to imbue her with the power of the sun itself. And together with her nation's greatest tacticians, she devised a plan so cunning that even a god wouldn't see it coming. With spear in hand, she ascended into the sky to join the Master of Xotolt in the oncoming war against the Ancient Ones.

The Queen of Ixmiqui is a monster with a focus on mobility and damage that can join any Protectors force. Empowered with the Fury of the sun itself, the Queen of Ixmiqui can reposition her units in a Flicker of light. Where she goes, the Scent of Flowers follows, attracting hummingbird spirits from across the vale to fight by her side. When her power is fully unleashed, she becomes the Ultimate Weapon for the First Guardians, rushing from target to target with the Fury of the wind at her back.