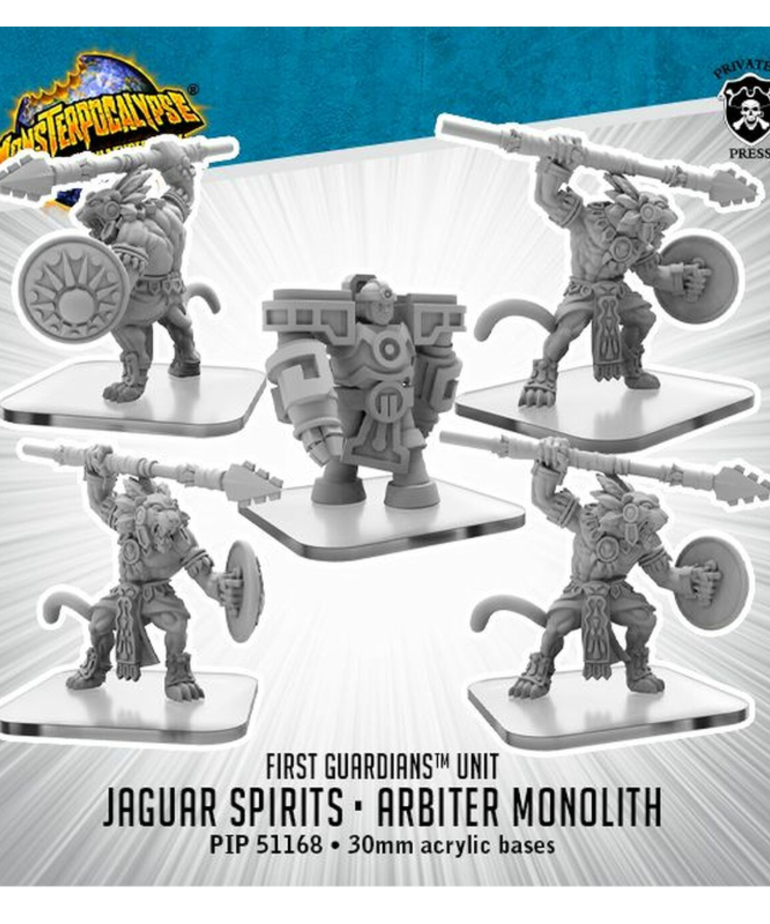 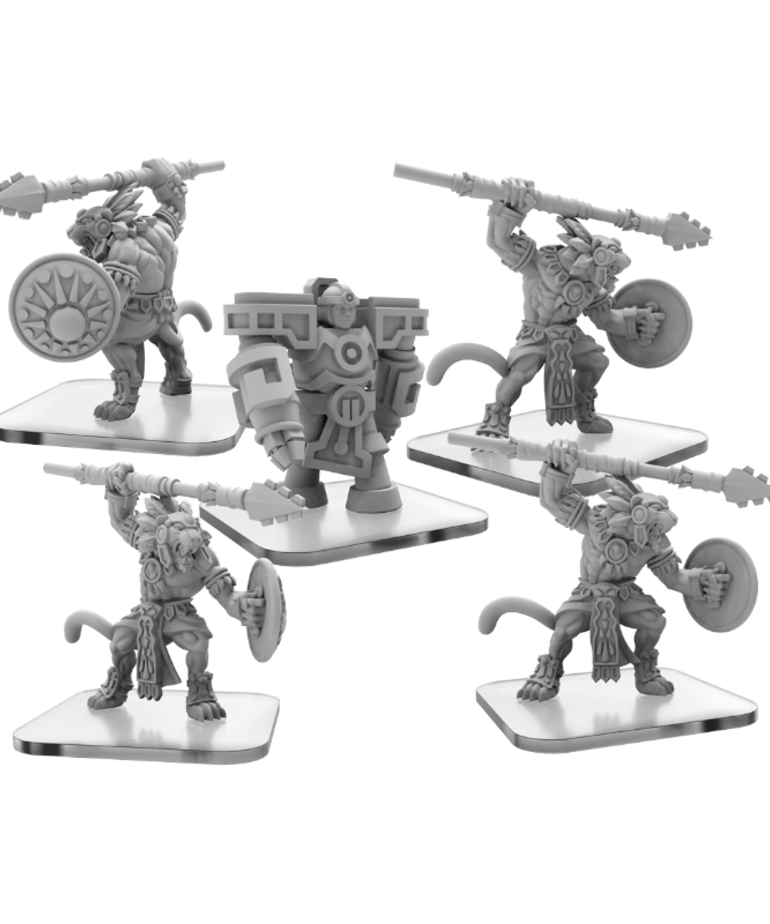 After the first clash with the Ancient Ones, the Master of Xolotl crafted arbiter monoliths and placed them on ley lines of power across his lands. These arbiters acted as fonts of power for his people. Each day, the warriors of the nation would gather before their arbiter monoliths and draw out their inner spirits. Those with the most noble and courageous hearts would become jaguar spirits, mighty warriors with the speed and strength of a jaguar and the keen intellect of a human. These First Guardians stand ready for the next Ancient Ones invasion.

Jaguar spirits are the front-line troops of the First Guardians. Their ability to Flash to nearby positions helps them contribute to the fight and still be relevant elsewhere. When they absolutely need to get it done, they are a Power Hitter the enemy won't soon forget. Arbiter Monoliths are a utility piece that can Amplify power zones and cross the board using the network of unseen Ley Lines they can tap into.