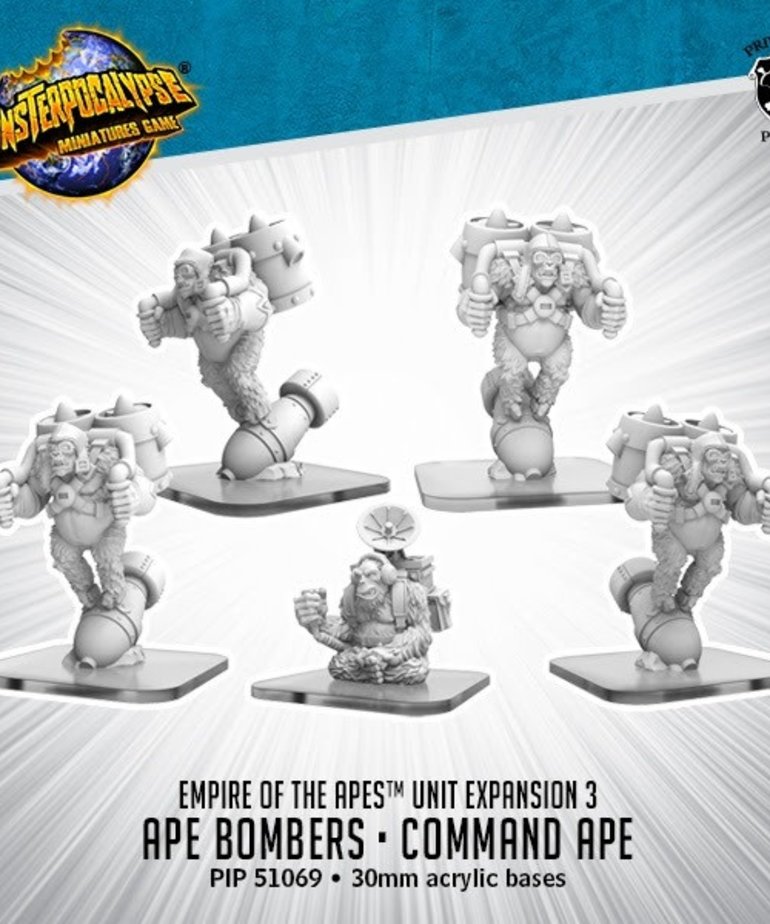 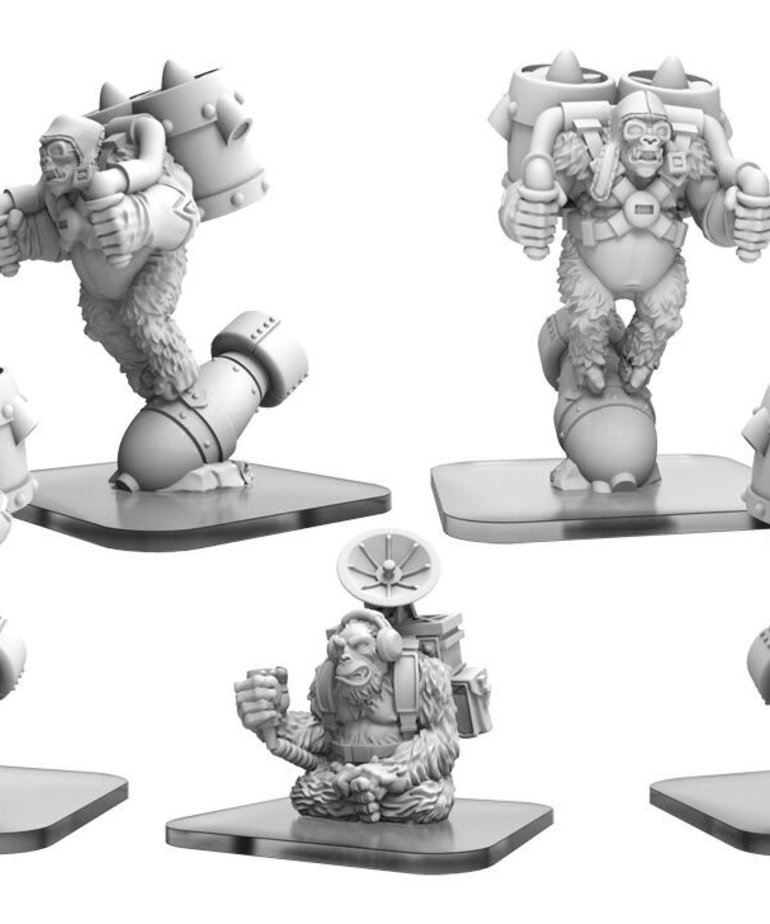 Key Features:
_x000D_ This blister pack provides Empire of the Apes reinforcements for any Protectors player. Ape Bombers fly across the city, dropping their ordinance on enemy structures. The resulting devastation catches any enemy units taking shelter near the building in the carnage. Command Apes use their tactical instincts to direct their allies in battle. They favor Hit & Run tactics and send allied units hurrying across the city to blitz enemy positions.

Though the most gargantuan of the great apes might be mistaken for unthinking beasts, their intelligence is demonstrated by their ground forces, who possess borrowed technology that they utilize with uncanny sophistication. Ape bombers soar through the air on jury-rigged portable jet engines, capable of dropping high-yield explosives with considerable accuracy. And command apes have been witnessed making use of radio communication devices to orchestrate attacks, despite the fact that the language they employ seems like nothing but gibberish to human ears.