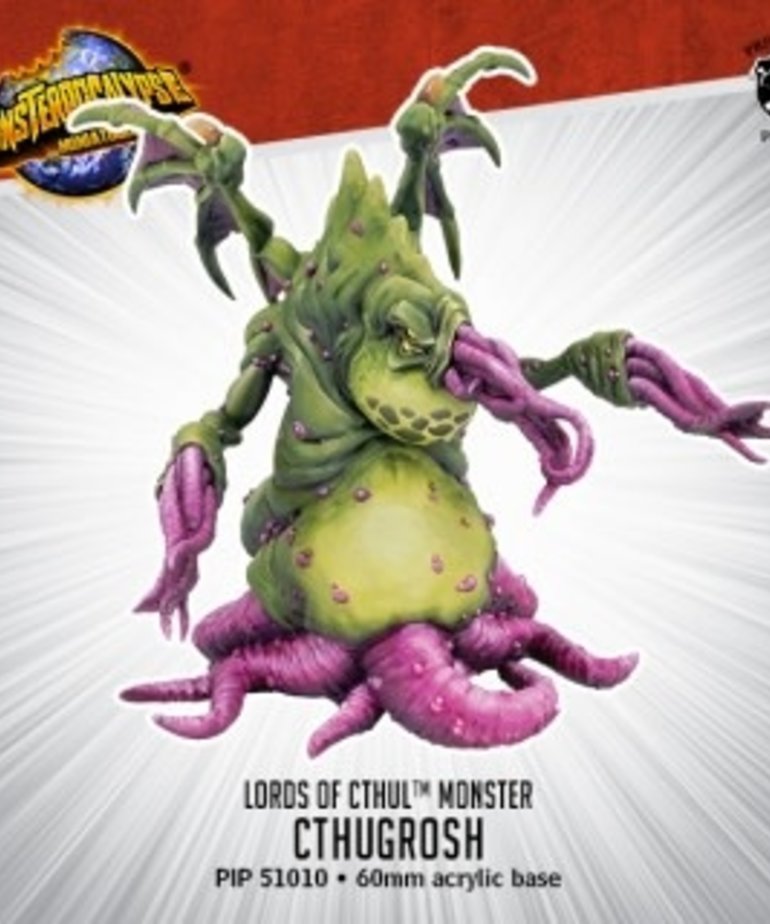 A truly alien and inexplicable godlike creature from a dimension beyond human ken, Cthugrosh was summoned to Earth by the depraved sacrifices of his occult worshipers, all of whom were slain upon his arrival. Heralded as a bringer of apocalypse, Cthugrosh is one of the greatest Lords of Cthul, an entity that draws power from carnage and whose gluttony for lifeâ€™s energy seems inexhaustible. Alien as his mind is, it is also immensely powerful, capable of tremendous feats of telekinesis and unleashing mind-rending surges of pure energy.