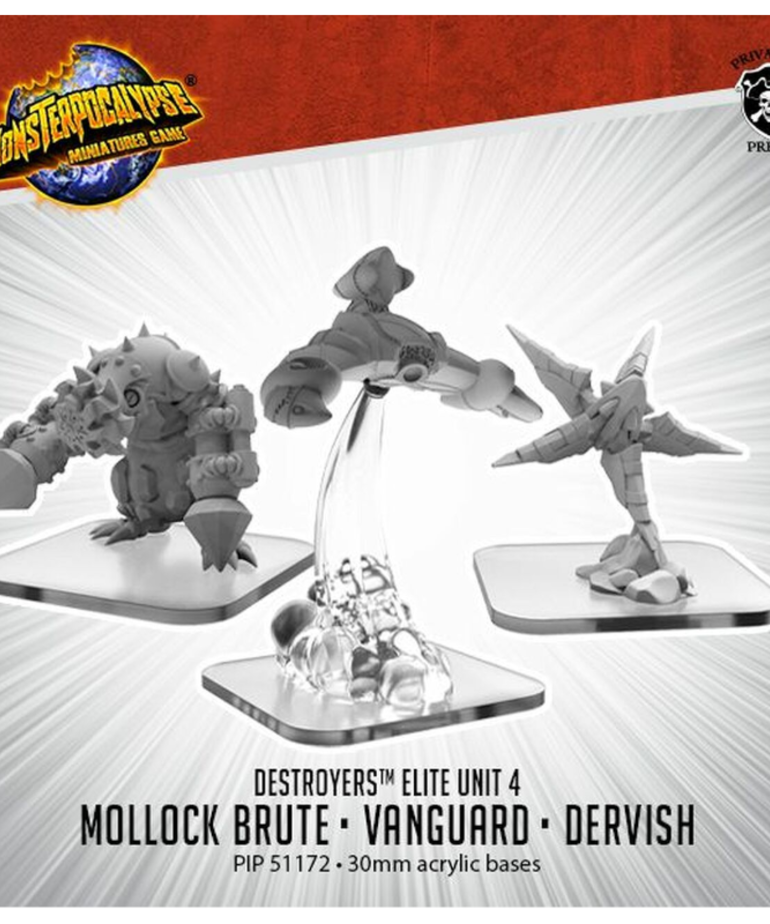 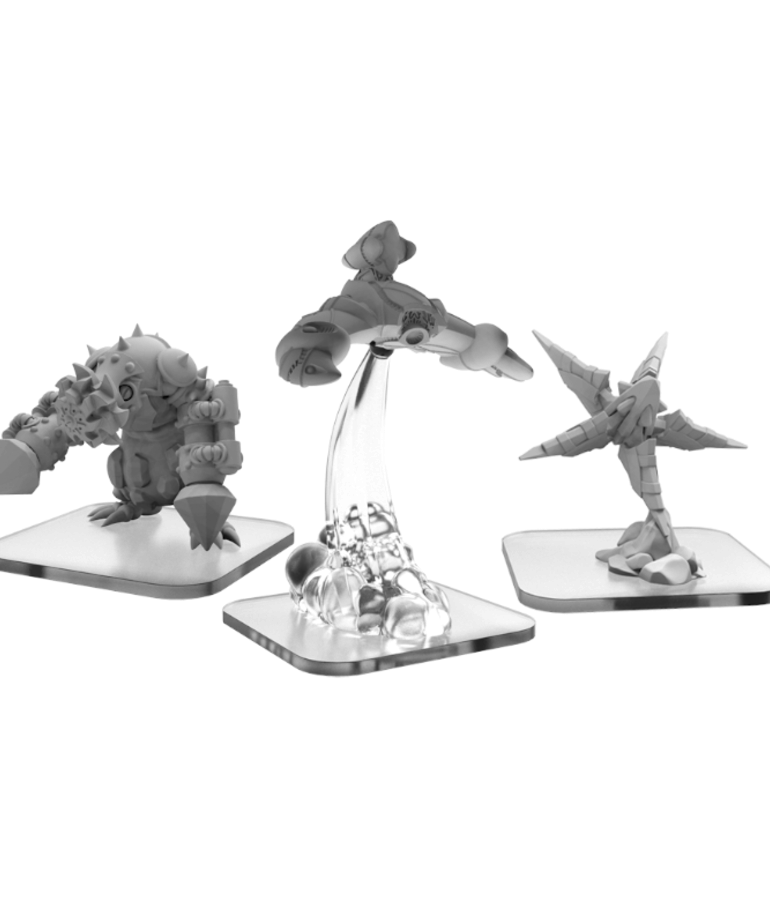 The only thing more terrifying than a whirling axis of sharp edges and pointed tips is a bigger, angrier, and more effective whirling fan of death. The momentum of Dervish strikes can fell even the largest adversary in one savage attack.

Martian Menance attack formations have a command ship for every class of ship, and the larger the invading force, the greater that command's presence. Each is equipped with a targeting matrix that feeds the squads of Vanguard information directly from the Martian fleet command.

Mollock brutes live up to their names with savage brutality. The largest and most terrifying among them often command the smaller ones, "teaching" them the Subterran assault patterns that ravage enemies who think they're dealing with a lesser intelligence, only to find out too late they are not.

This group of models offers an alternate take on some of the most elite units in Monsterpocalypse. Instead of designating the Elites of a player's force with just a star on their base, players can now use an entirely separate sculpt. Each set is meant to offer enough variation that it will appeal to any Monsterpocalypse player who collects the models of the Destroyers Agenda.