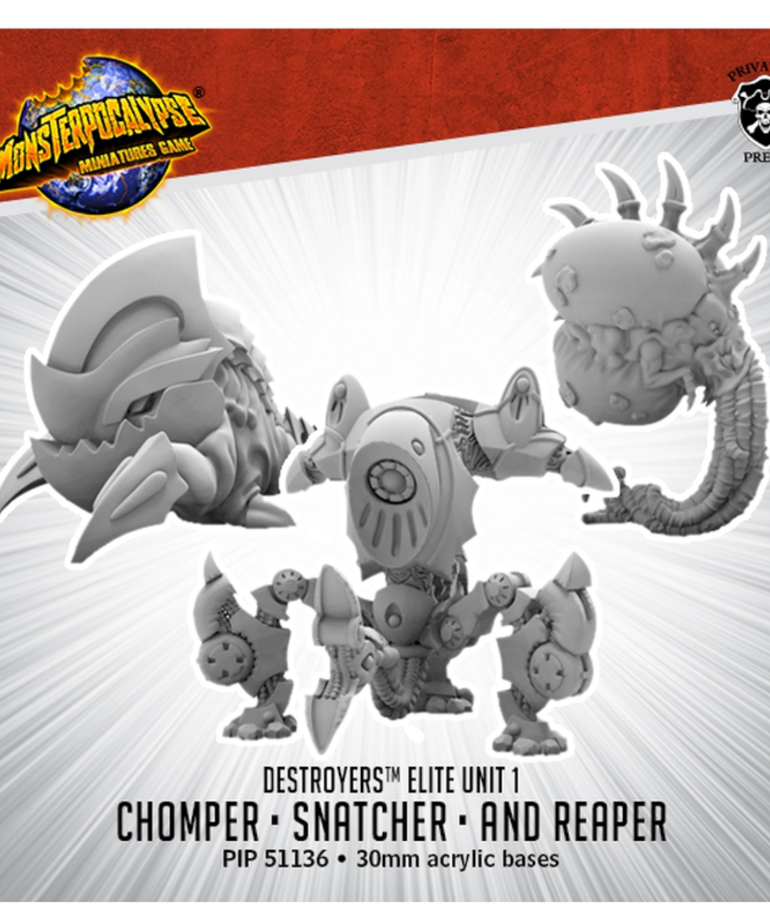 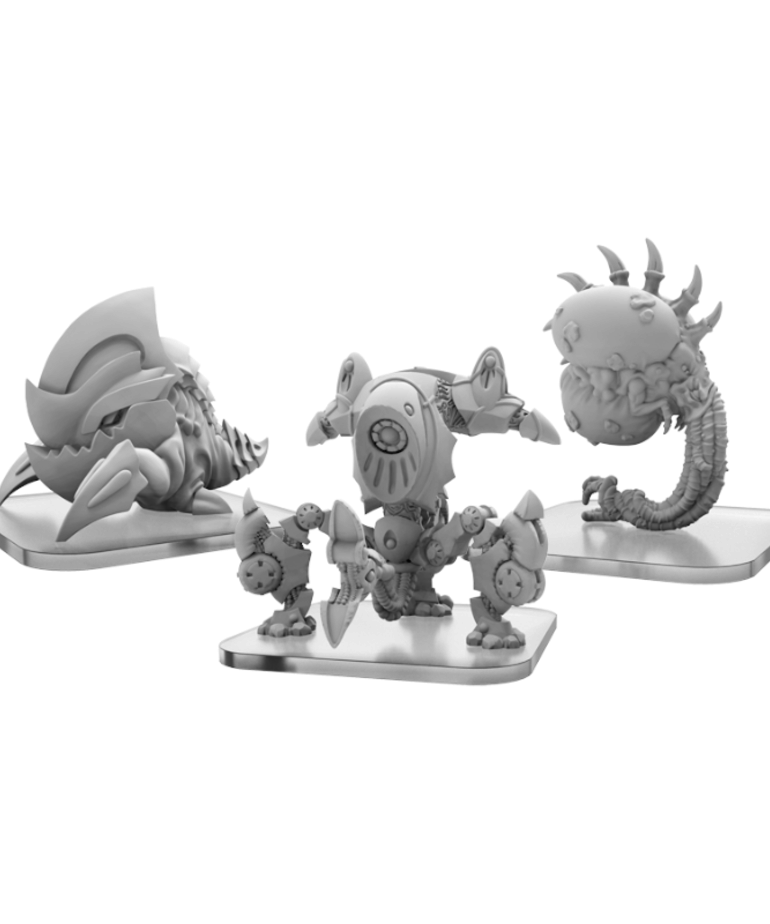 n the face of greater resistance than they could have ever expected, those who would seek the Earth’s destruction continue to advance their machinations.

Occasionally a Planet Eater will find it is able to absorb more energy from the comet shard than others of its ilk. As they gorge themselves on the emanations, they grow stronger and tougher; such creatures are always recognized and feared by their brethren.

Spewing from their chaotic dimension, the Lords of Cthul are never uniform. Some—like the rare elite Snatcher—grow horrifying spines, which they can utilize through their odd, almost impossible movements to great effect.

Human scientists marvel at the unfathomable technology of the Martian Menace. They do not know how it is possible, but the newest Reapers can somehow draw upon an even deeper reservoir of energy. These elite Reapers scour the land with more powerful weaponry packed into the same approximate frame.

This set of models offer an alternate take on some of the most elite units in Monsterpocalypse. Instead of designating the Elites of a player’s force with just a star on their base, they can now use an entirely separate sculpt. Each set is meant to offer enough variation that it will appeal to any Monsterpocalypse player who collects the models of the Destroyers Agenda.