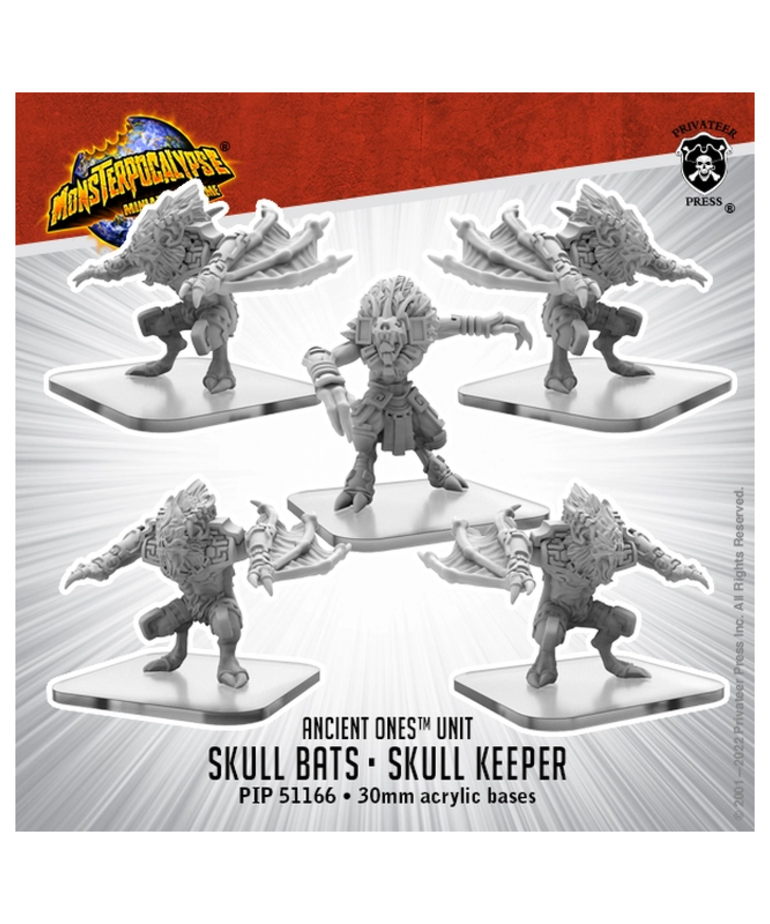 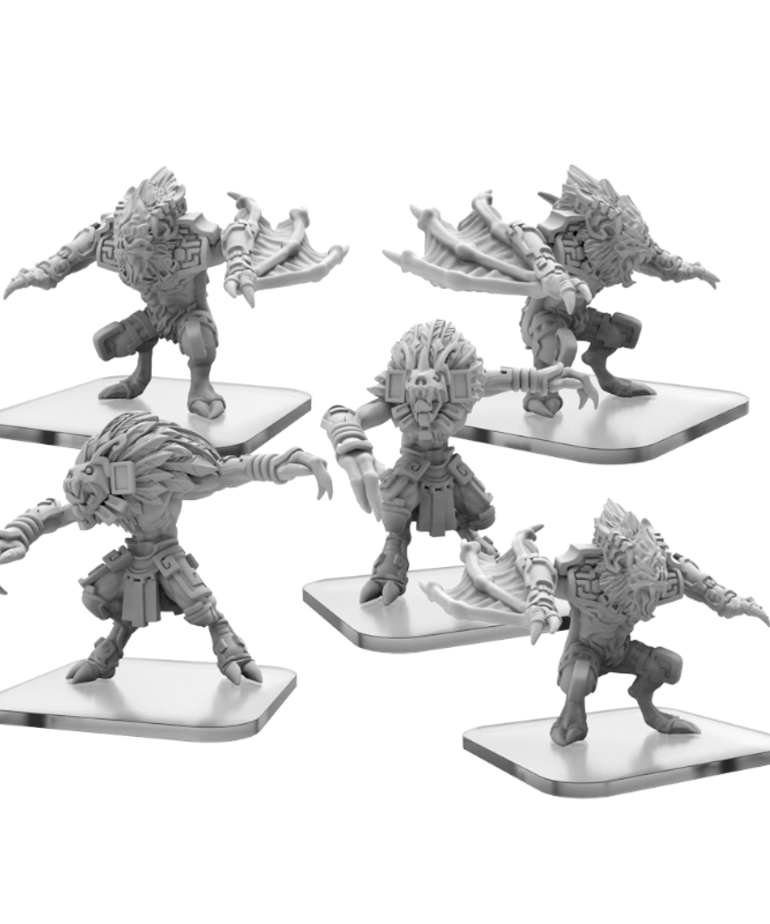 When Camazotz empowered his people, those with the darkest and most bloodthirsty natures became skull bats, attracted to the scent of blood. They collect the skulls of fallen enemies to bring their souls back to Camazotz. By contrast, skull keepers are Camazotz's spies and scouts. They are his followers with the most cunning and malicious hearts. Together, the skull bats and skull keepers create a terrifying team.

Skull Bats are death from above - their ability to Abduct helps the Ancient Ones clear key positions and remove pesky enemies. They're perfect Sidekicks for Camazotz. The Skull Keepers can use their Shadows ability to bring an allied unit to their position and then use their Death Gate ability to move an allied unit farther up the field.