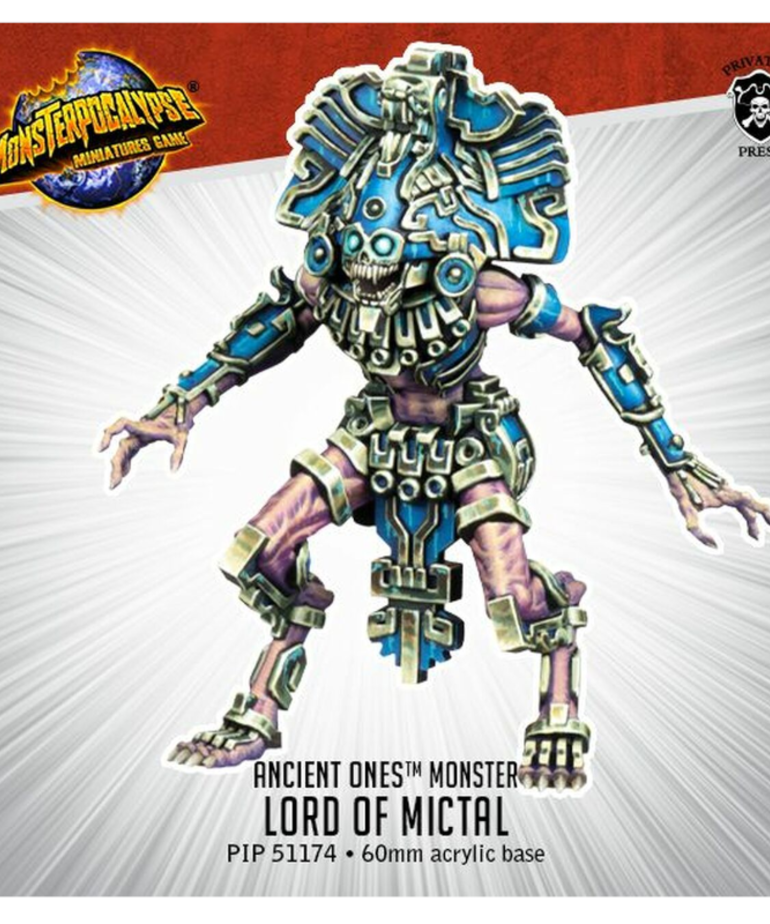 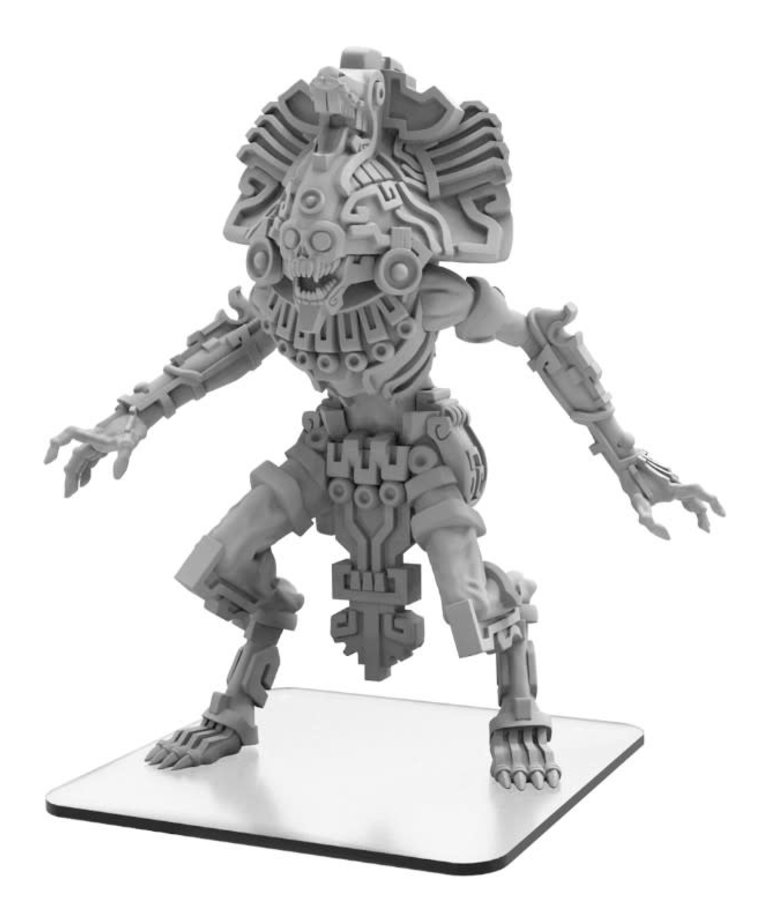 The Lord of Mictal did not need any persuading to join The Ancient Ones - their worship of death drew the god of the underworld to them. It appears on the killing fields as a titanic ghoulish skeleton. War is nothing more than a game to this monster, one where it seeks to be the champion. It was out of self-preservation that The King of Camazotz aligned himself with the Lord of Mictal, knowing it was better to have death on his side than his enemy. Together, these titans of terror bring a nearly unstoppable tide of darkness.

The Lord of Mictal is a monster with a focus on disruption and powerful brawl attacks that can join any Destroyers force. Pouncing on its prey from the shadows, this blood-soaked skeleton Disintegrates anything it touches. And the Lord of Mictal's Wrath is something to be feared by all. Once provoked, this Terrifying monster consumes the essence of its victims, invigorating itself to fight on. Lesser enemies are Scattered from its presence like dust in the wind.