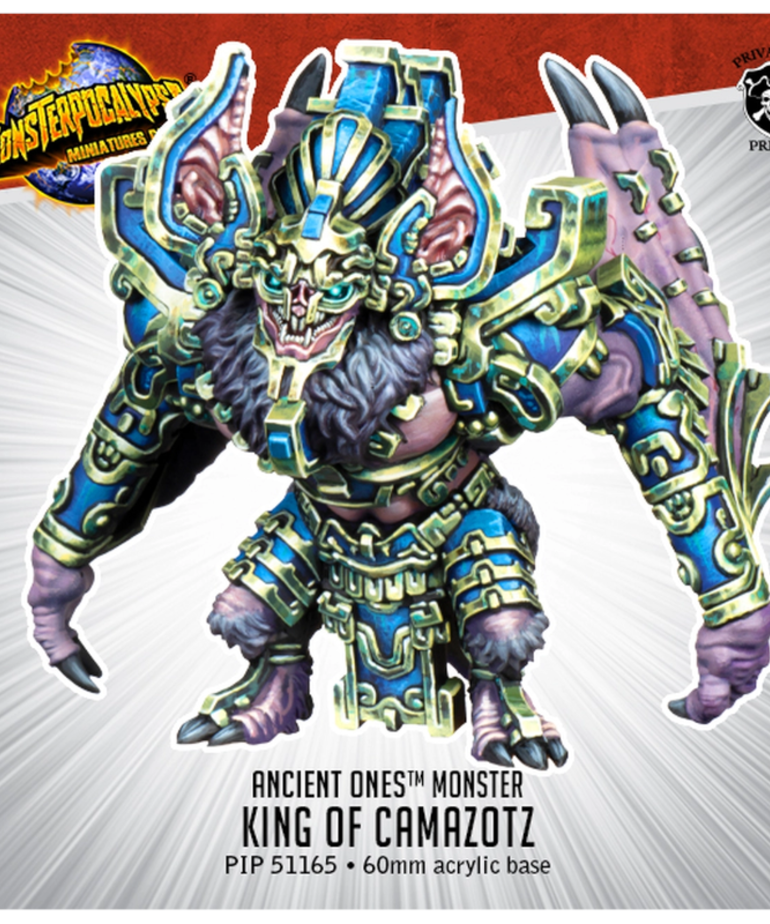 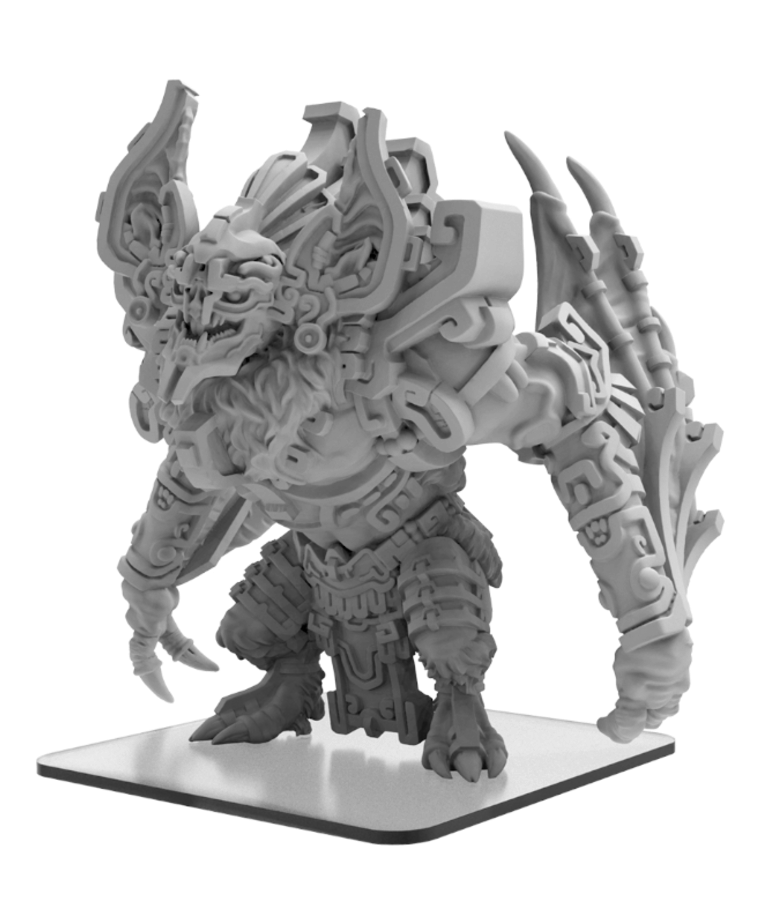 In the beginning, life was harsh. The world was cruel. And deep within the heart of the Death Lands, the city of Camazotz arose, its people praying hopelessly for deliverance from this harsh climate, but their human sacrifices went unanswered. Desperate to save his people, the king made a pilgrimage into the most forbidden parts of the jungle. There, he found an ancient shrine, inscribed with images of a priest drinking blood from the altar and acquiring the power of a god. So, the king sacrificed his honor guard on that altar, and from it drew dark power that transformed him to gigantic proportions with an evil and twisted bat-like face. When the King of Camazotz returned to his people he found them playing ollamalitzli, and their blood sport inspired him: he would make destroying the cities of Xolotl his people's game. When the people of Camazotz saw their massive and terrifying king, they fell to their knees and worshipped him. He answered their prayers by granting them the power to match the darkness in their hearts.

The King of Camazotz is a monster with a focus on mobility and damage that can join any Destroyers force. To Camazotz, the battle is just a Blood Sport. Each exchange is a chance for him to prove his dominance with an Onslaught of attacks - Camazotz will sprint into action and use his body as a Battering Ram to topple buildings and send the enemy flying. This mountain of muscle and fangs is sure to strike fear into anyone he faces.