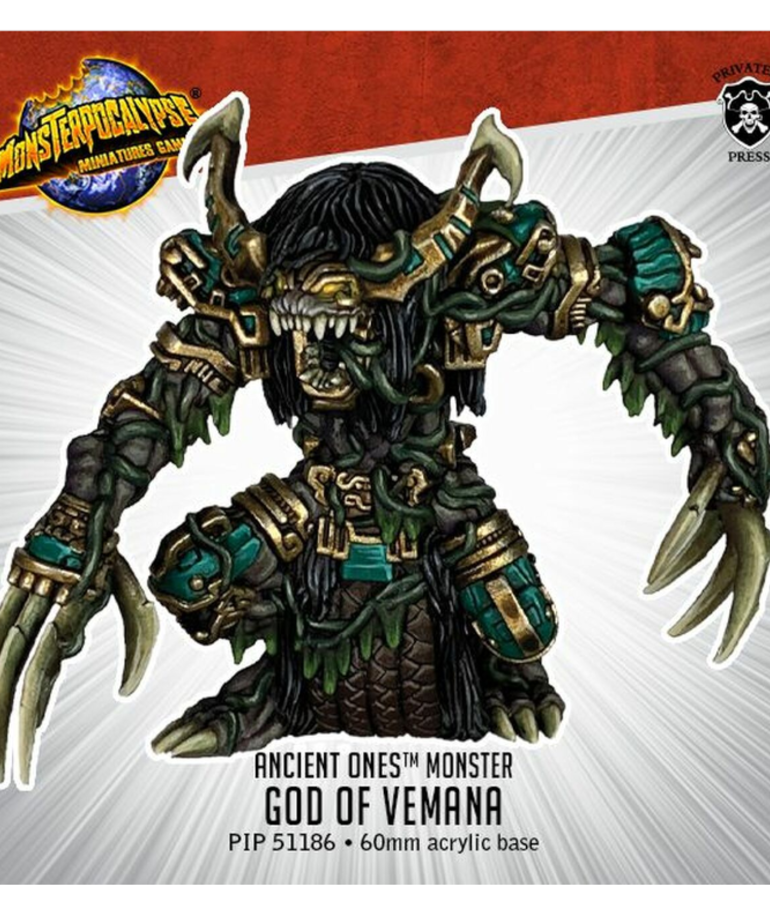 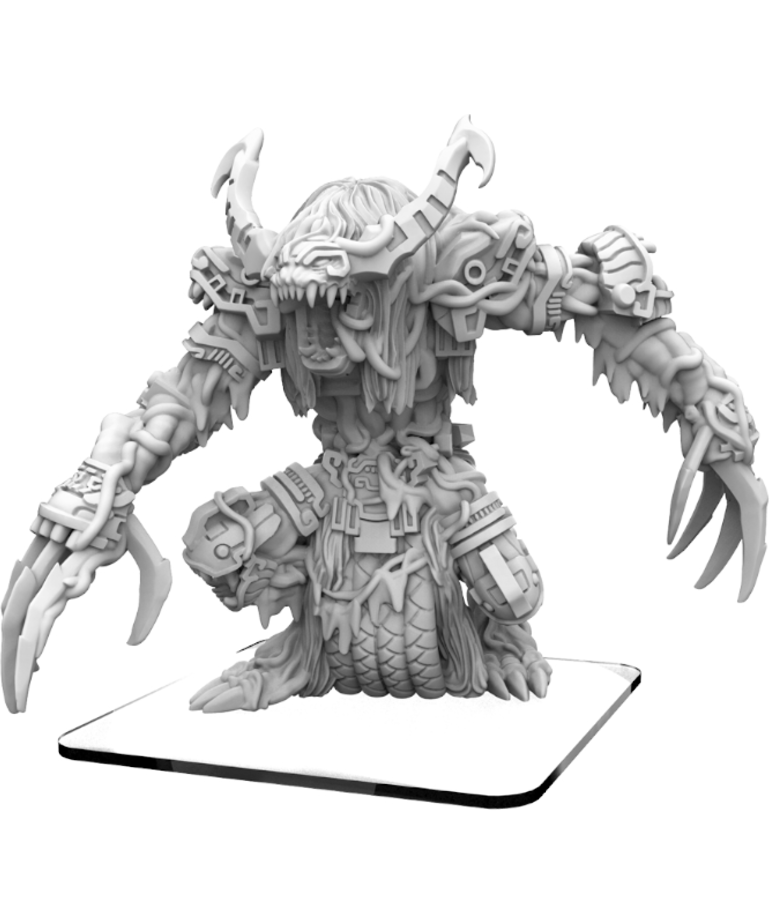 Shaken from pole to pole, the world shuttered and roiled as the Ancient Ones and First Guardians' God War raged on. Massive craters arose from their battles until the day they cracked the planet to its core. The earth-rending power released by the battling gods opened a fissure so deep that the planet itself was wounded. From her slumber, the earth mother, Vemana, was awakened, her gaze locked on the Queen of Ixmiqui, whose unnatural power had been stolen from the elements of the sun and lightning. Vemana fell upon the Queen of Ixmiqui like a landslide, knocking the Queen unconscious before continuing her rage.

The God of Vemana is a monster with a focus on Sacrifice and Recursion that can join any Destroyers force. In her alpha form, Vemana uses her primordial energy to Transmute her foes into minions of the Ancient Ones. When injured, the God of Vemana can Sacrifice her creations to heal herself. And in hyper form, her units become Wood Wraiths, aggressively seeking and destroying prey. When an enemy monster finds itself unlucky enough to be near one of Vemana's shades, she can Terminate her unit and harness their essence as a weapon to weaken her foes.