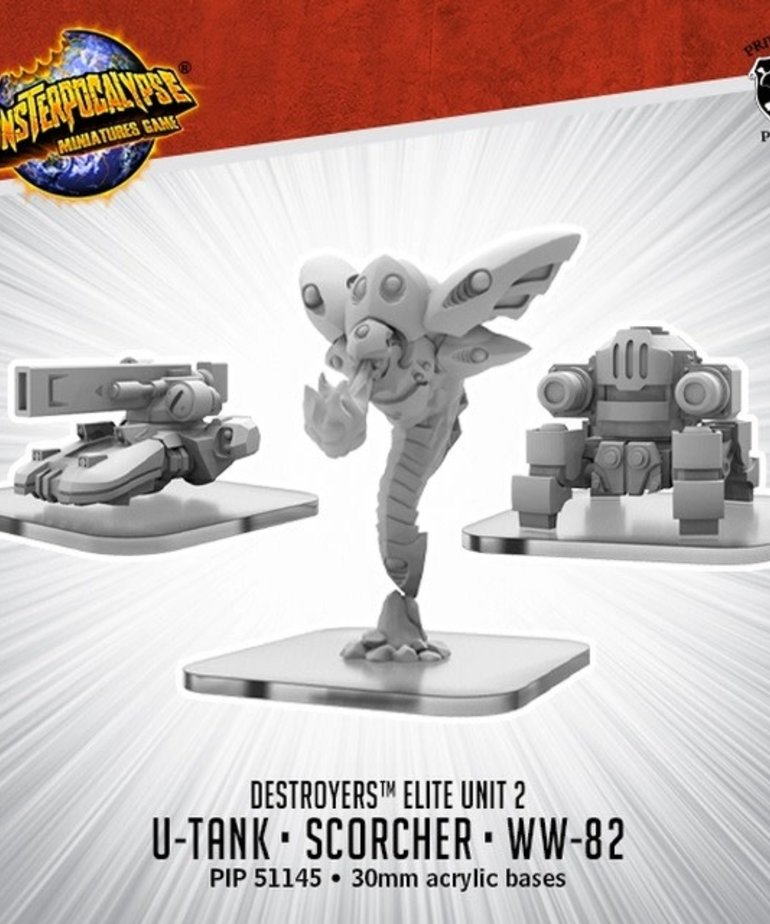 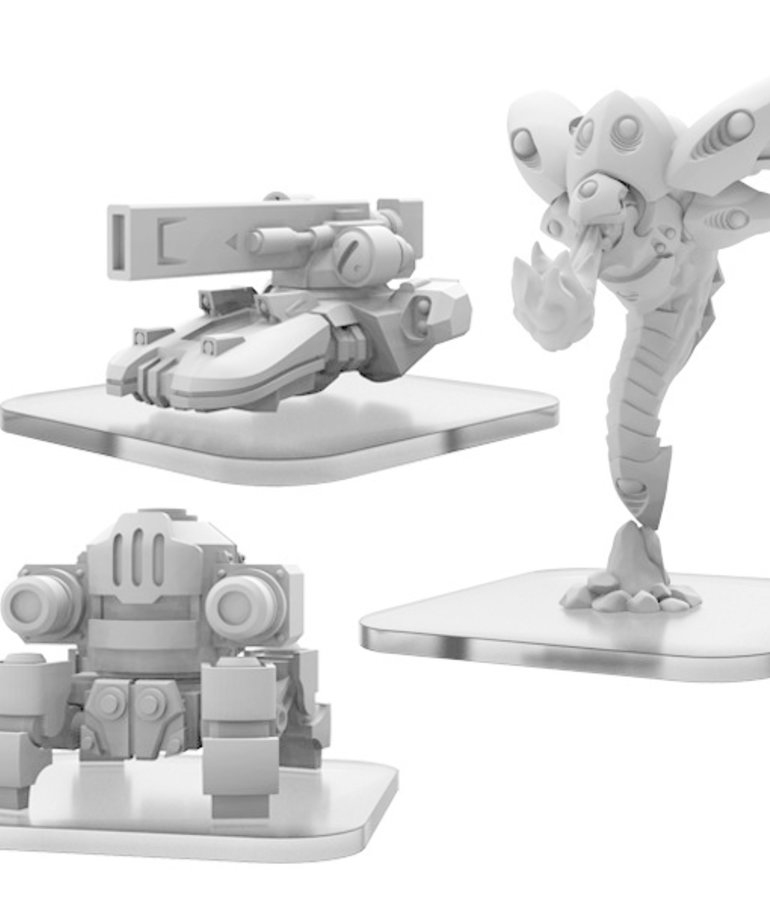 In the face of greater resistance than they could have ever expected, those that would seek the Earth's destruction continue to advance their machinations.

When Uber Corp scientists saw that the G.U.A.R.D. were upgrading their G-tanks, they refused to be left behind. Continuing to work on their sleeker anti-gravity tanks, they created a marvel of destructive power. Uber Corp may not have many novel ideas, but they are renowned for their ability to iterate those they deem the best.

The newest War-Walkers from the Zerkalo Bloc are some of the first new technology to be developed on this Earth. The War-Walker-21 was developed to support and enhance the older series; as with everything Zerkalo, they are a cog in the machine of domination.

When the Planet Eaters set their sights on a new planet, they almost never struggle as much as they have with Earth. Burning cities is only necessary for those planets that put up a fight; it is rare to need to bring their Scorchers to bear and even rarer still to call upon their more advanced forms.

This set of models offer an alternate take on some of the most elite units in Monsterpocalypse. Instead of designating the Elites of a player's forces with just a star on their base, players can now use an entirely separate sculpt. Each set is meant to offer enough variation that it will appeal to any Monsterpocalypse player who collects models of the Destroyers agenda.