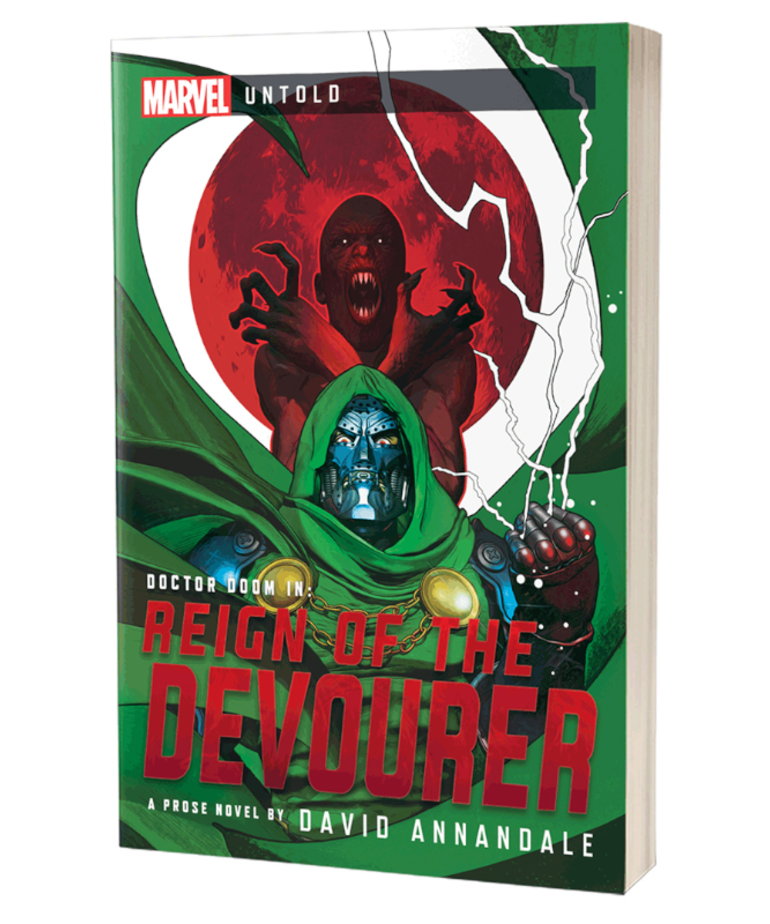 Victor von Doom saw his future for an instant, and now he cannot rest. His obsession with regaining those memories leads him into the arcane science of geomancy. As he delves into the ancient memories that lie beneath his land, Doom discovers a tremendous concentration of power… one that should never be explored. Doom’s excavations and necromancy fracture the prison of something awful: the Devourer of Souls. Now free to roam Latveria, the Devourer spreads a plague of soul-hungry vampires. Doom must choose between seizing this power for himself or destroying it, before his realm is no more.