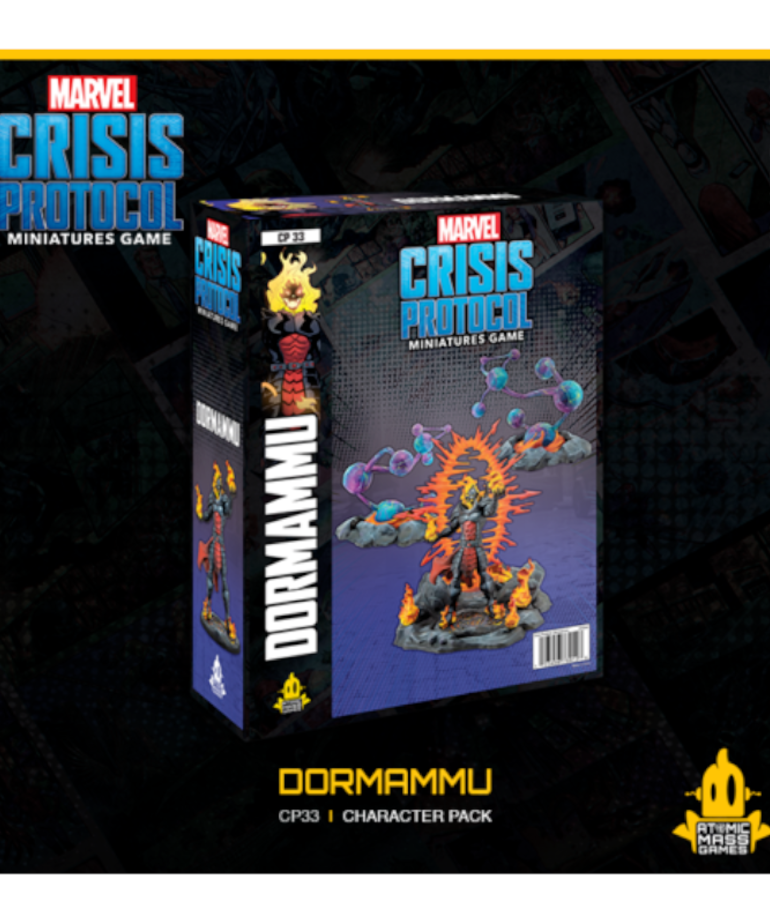 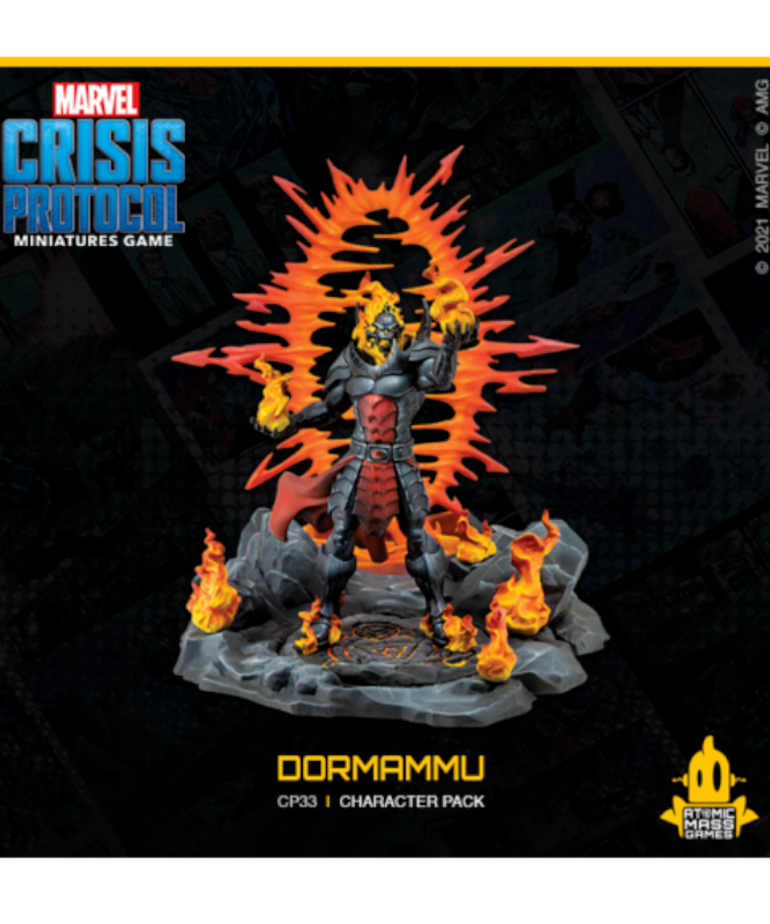 0 reviews
Add your review
- This expansion pack provides players everything they need to add Dormammu to their games of Marvel: Crisis Protocol.
7 In Stock
Add to wishlist / Add to compare / Print

Dormammu is the ruler of the Dark Dimension, an intersection of dimensions and realities that defies the laws of nature. He is one of the Faltine, an enigmatic race of beings made of pure mystical energy. Dormammu possesses patience that can be measured in eons; he has intelligence beyond reckoning and command of mystic arts to match. Dormammu is an arrogant tyrant, seeing himself as nothing less than a god. He is the most imposing foe of Sorcerer Supreme Doctor Strange and represents a threat to entire realms as he absorbs other universes into his own, expanding his worship among any who seek to invoke his vast powers.

This expansion pack provides players everything they need to add Dormammu to their games of Marvel: Crisis Protocol. This expansion pack includes rules for an all-new Ultimate Encounter. In Ultimate Encounter: Dark Intruder, two players team up in one last desperate gamble to defeat Dormammu and halt his dimensional incursion before he can draw their universe under the control of his Dark Dimension. 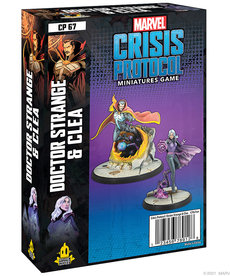 out of stock
Add to wishlist
Add to compare
Quick view
-20%
Doctor Strange & Clea
- Stephen Strange has had many unusual encounters, but none have tested him so much as losing his connection to the arcane power of Earth.
- Clea is a powerful sorceress and the disciple of Sorcerer Supreme Doctor Strange.
$31.96
$39.95 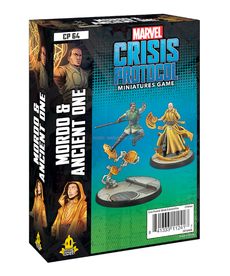 Add to cart
Add to wishlist
Add to compare
Quick view
-20%
Mordo & Ancient One
- Baron Karl Mordo learned his impressive magical ability by training with the Ancient One.
- Born more than 500 years ago, the Ancient One was a mortal inhabitant of Kamar-Taj, a hidden mountain village.
$31.96
$39.95 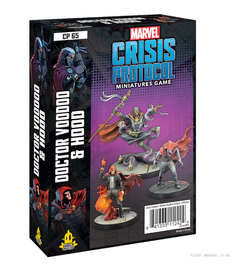 Add to cart
Add to wishlist
Add to compare
Quick view
-20%
Doctor Voodoo & Hood
- When Doctor Jericho Drumm returned to his home in Haiti, he discovered his brother had become the Houngan Supreme, a practitioner of voodoo and protector of the people.
$39.96
$49.95
Please accept cookies to help us improve this website Is this OK? Yes No More on cookies »